It still amazes me that so many young girls I meet measure their value by how worthy boys regard them to be. I wish very early in their lives, girls could learn that boys have their own failings and frustrations which they might, inadvertently, unleash on the girls they meet. 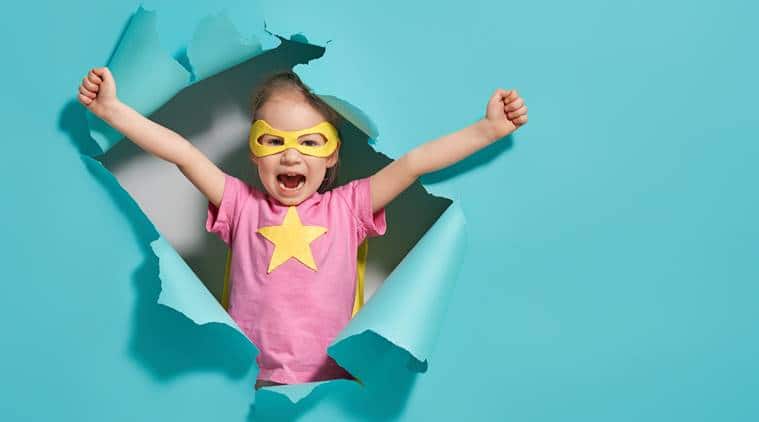 There is a lot that has been said and written about bringing up gutsy girls – who refuse to be defined by their gender, who demand equality and speak up to have their voices heard. However, not much is written about the role of parents in bringing up these gutsy girls. I am going to attempt to do that, not to blame or shame anyone but for all of us to come together and take collective responsibility in making our world more equitable, free of gender violence and misogyny.

I have heard many parents, particularly Dads, claim, “I am not a misogynist, but I do think girls’ roles are very different from boys, and it is best we accept this truth.” Part of me gets riled, but a large part is just amused at this contradiction. Prejudices and gender biases such as these sow the seeds of misogyny early in children’s minds and lives. Looking at it from a wider lens, I believe none of us can claim not to be misogynists. It is like the polluted air we breathe day in and day out in our homes, schools, public spaces, movies, literature, advertisements, news, TV programmes — it is everywhere. It is our choice how much we become aware of it, opt into it and perpetuate it, or mindfully opt out of it as a deliberate practice.

Let’s start by becoming more mindful of our language. Just observe the words we use to praise little girls — “gentle”, “nice”, “sweet” and the ubiquitous “good girl”; and for boys — “strong”, “tough”, “brave”. The way we talk to our children become their inner voices and the way we talk about them become their life stories. Think of the life stories we are building for our children through words that they start internalising. Language is also the thread that builds the discourse around identities. If girls are only “gentle”, “nice” and “sweet” then their identities get restricted, and obviously, then they need protection from men who are “tough” and “strong”. And if boys are mainly “tough” and “strong” they do not have much scope to show their vulnerabilities, to be “gentle” and/or “nice”. Such are the warped and restricted dichotomies we set up for our children from a very young age.

Misogyny has a tendency to show up when we are least aware. It comes through in our sexist jokes and a flippant comment, “So sad that they had another daughter,” or “It is high time she got married, otherwise what will happen to her!” Maybe it might come through in the way men in the family talk to the women in the house, the subtle power dynamics – what gets to be said, by whom, with what authority and what are its effects. Children are a witness to it constantly. I met a 10-year-old boy whose parents had brought him to me with a concern that he was very abusive towards his mother. When we started chatting, he turned to me and said, “Why is it a problem when I say this to Mumma? Papa talks to her like this all the time?”

We catch glimpses of gender biases in our homes in so many ways — the gendered toys we buy for our kids (dolls for girls and cars for boys), the colours they wear (pink is only for girls of course), the activities they pursue (dance for girls and sports for boys, arts for girls and science for boys). You might say that there is a possibility of personal preference and agency in these choices, but you will be surprised at to how much it is influenced by what we as adults want our kids to do.

It still amazes me that so many young girls I meet measure their value by how worthy boys regard them to be. I wish very early in their lives, girls could learn that boys have their own failings and frustrations which they might, inadvertently, unleash on the girls they meet. That is how the power works in gender relationships; when men feel inadequate, they take it out on women, and when women feel inadequate, they take it out on themselves. I was in awe of this 11-year-old I met who told me that a boy in her class called her “Fatso”, to which she retorted firmly with a steely glare, “Keep your sh** to yourself, otherwise you will regret it.” He never tried messing with her again.

That brings me to another critical issue: our girls and their bodies. It horrifies me to think of the pressure we put on our girls to be of a certain body type (skinny) and looks (fair and lovely). It is heartbreaking to see little girls, as young as nine years old, talk about how they are teased at school for being overweight or dark-skinned, or badgered at home to “eat less” or not play sports as that would make their skin darker. We all need to have more conversations at home and in schools on how one body types and colour of skin do not define beauty, and build cultures where body-shaming is unacceptable.

When we talk about gender differences, typically the issue of safety comes up, and I hear parents saying, “We cannot let her go out on her own/so late/dressed like that/to these places.” I understand their concern, but my worry is that it often takes moralistic undertones and carries on way beyond teenage years. As a young girl shared with me, “Everything I do, say, wear is always up for inspection whereas my brother can get away with anything just because he is a boy!” How unfair is that? Also, rather than just making girls responsible for their safety, we also need to have more conversations with boys on what they can do to make this world safer for girls.

More than anything, we need to stop seeing our children through the lens of binaries — he/she, girl/boy; we need to give them more freedom to claim identities that are not restricted by gender. Where gender preference, transitions or sexual orientation are not an issue. Now some of you might raise your eyebrows at this radical idea, but if you have young people over the age of 15 in your family, be aware that some of these conversations might have already started among them and you may have some catching up to do. They are already dismissing these binaries and maybe it is time we did the same.

I like the way writer and feminist Chimamanda Ngozi Adichie, puts it, “The problem with gender is that it prescribes how we should be rather than recognising how we are. Imagine how much happier we would be, how much freer to be our true individual selves, if we didn’t have the weight of gender expectations.”