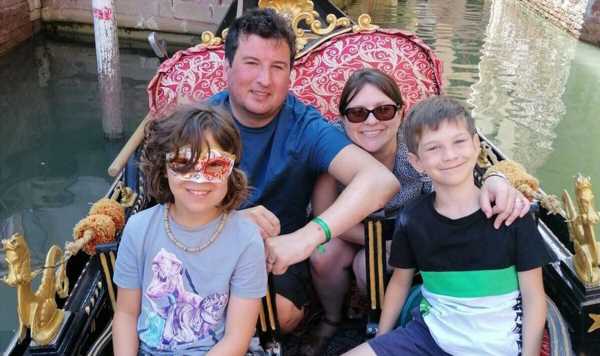 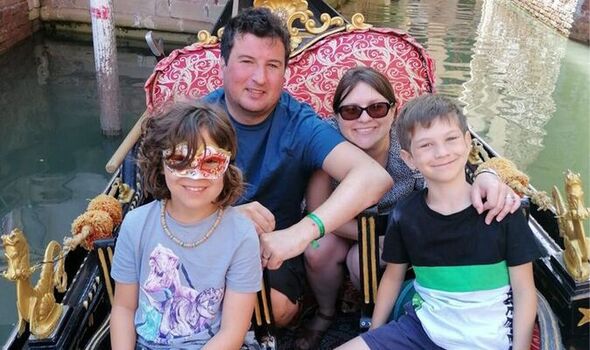 A family has shared their grief after the loss of a loving father of two.

Lorna Thomson watched as her husband James lay himself down on their living room floor. This wasn’t anything out of the ordinary. James knew he was about to suffer a seizure and wanted to prepare for the convulsions. But this time was different – once the episode was over, James didn’t wake up.

Lorna frantically dialled 999 as her autistic son ran outside to wait for paramedics, reports the Manchester Evening News. James was rushed to North Manchester General Hospital and taken straight to the intensive care unit.

He had been in a coma for two days when his organs started to fail. James died on September 18, leaving behind Lorna and their two children Jacob, 10 and Joey, 8. He was just 39 years old.

“I wish I had the chance to tell him how much I loved him and how he made me happy,” Lorna said. “I know it sounds daft, but to be honest, up until the day he died I thought he was going to wake up. I genuinely thought he would wake up.”

James, who worked as an accountant and lived with his family in Prestwich, had suffered from non-epileptic seizures before he passed away. He was diagnosed with the condition in 2021 following a mental health struggle.

James had suffered an estimated seven seizures before his final one at home on September 15. However, his family still don’t know how he died – and it could be up to a year before they find out the results from his post-mortem.

“The paramedics said he was in cardiac arrest,” Lorna, 40, continued. “They genuinely don’t know what happened, the last we heard it could be a congenital heart disease and it could just be a coincidence that he was having a seizure at that time.”

“The hospital staff were amazing. They were brilliant. They treated him with such dignity and they were fabulous with the children.

“His initial scans showed there was significant brain damage and in the middle of the night, we got a phone call at 11pm saying he had taken a turn for the worse.

“He passed away with his mum and sister by his side. It was very peaceful; we turned the lights down, played his favourite music and watched him. When something like this happens, it’s so strange because I can’t imagine what it’s like to go through that with someone you know and not have that final goodbye.”

A music lover, James is remembered as very intelligent and hard-working. He taught himself how to play guitar and had a keen interest in science.

Lorna and James met while living in the same student halls at the University of Nottingham. They began dating when they were 19 and had been together for 20 years when James died.

“He was an incredible person,” Lorna added. “He was very kind and generous. He had a dry sense of humour. People at work didn’t know whether he was ever joking or not.

“We’ve always been very honest with the children and I’ve explained everything as best as I can. Jacob is trying to learn all about heart conditions and how to resuscitate people; my mum signed him up for a junior first aid course. He wants to be a paramedic when he grows up.

“Joey is really struggling with his emotions and things. They were really close. But we’re very lucky to have close family and friends – we have lots of people coming to see us and looking after us. It’s been very hard; it’s been a struggle to get them back to school and in their routines. We’re very much living one day at a time.

“It hasn’t sunk in yet that he’s gone. It really hasn’t. It’s a cliché that after the funeral, it feels real. But it’s true – the world starts turning again. You have to start putting routines into the children and he’s not a part of that.”

A Gofundme appeal has been set up to help Lorna, Jacob and Joey through this devastating time. To donate, visit the GoFundMe page here.