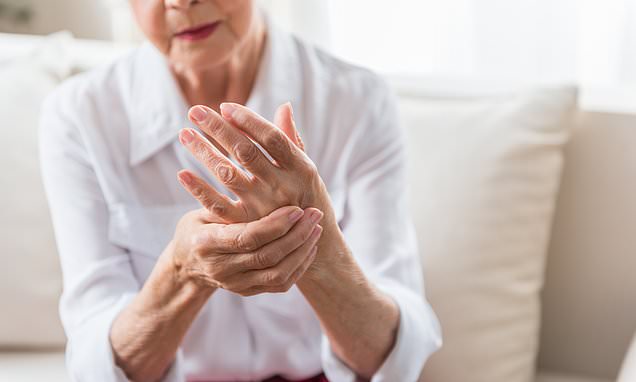 A tiny ‘jellybean’ implanted in the thumb joint could relieve the pain and immobility of hand arthritis, according to new research. The prosthesis, made from the same clear gel material as disposable contact lenses, takes just 30 minutes to insert and has also been shown to increase grip strength.

In those with arthritis, the smooth cartilage that usually lines the tiny joints of the hand wears away.

This can be particularly pronounced in the main thumb joint, located just above the wrist and allows the thumb to rotate. Without cartilage, the bones grind together causing inflammation and pain. 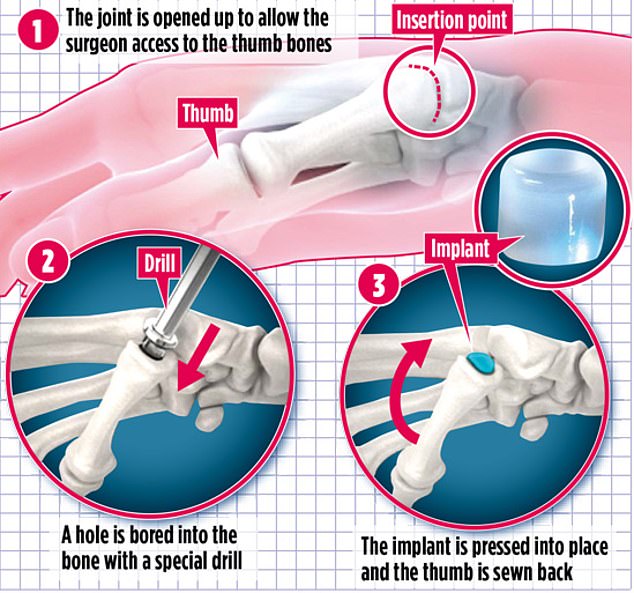 The jellybean implant does not replace the joint but sits between the ends of the thumb bones, acting as a cushion. As it stops the bones coming into contact with each other, the thumb can move freely without causing pain.

Recovery can take weeks or even months and patients will lose the ability to move the thumb freely, though the surgery means pain and swelling are greatly reduced.

Another surgical option involves removing one of the arthritic bones at the base of the thumb – a trapeziectomy. Although this also relieves pain and maintains movement, grip strength still remains poor.

The jellybean implant, however, relieves pain and preserves normal movement.

Osteoarthritis of the thumb is estimated to affect eight to 12 per cent of adults and as many as a third of women over 55. Also known as basal thumb arthritis, symptoms include pain, swelling, stiffness, deformity, loss of motion and weakness, making even simple tasks such as turning doorknobs difficult.

In the early stages, the arthritis can be treated with painkillers, splints and injections. But in many cases the disease progresses to the point where little or no cartilage is left, leaving the sufferers with painful bone-to-bone contact.

The new, 1cm-wide cylindrical Cartiva implant has a polyvinyl alcohol or PVA shell – the same as contact lenses – with saline solution inside. PVA, which is also used in craft glue, is strong yet highly elastic and behaves in a similar way to cartilage.

Implantation takes less than one hour and starts with a small incision a few inches long, to expose the joint. Damaged cartilage is then removed and the Cartiva is inserted into the base of the thumb.

‘Overall, the results are very exciting,’ says Philip Sauvé, consultant orthopaedic surgeon at Queen Alexandra Hospital, Portsmouth, who specialises in hand and wrist problems. He has treated 30 men and women, most of them NHS patients, with the implant on a trial basis.

‘After surgery, patients have less pain, an improved range of movement and also an increase in their grip and pinch strength by more than 100 per cent,’ he says. ‘This makes activities such as turning a key or picking up an object between the thumb and index finger much more comfortable. 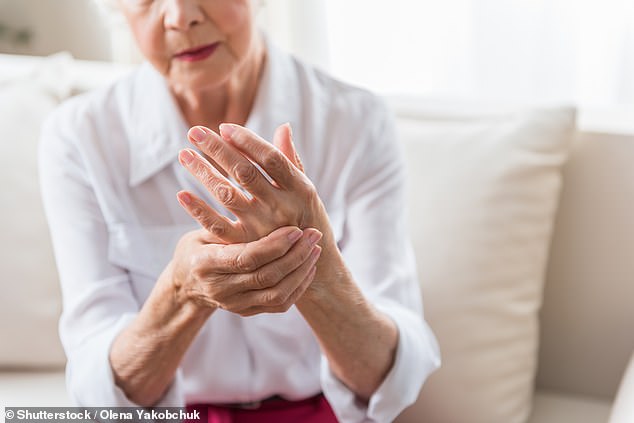 In the early stages, the arthritis can be treated with painkillers, splints and injections (stock image)

‘Rehabilitation involves wearing a splint for two to four weeks following the surgery. But patients can drive again after six to eight weeks. Full potential is reached after six months.’

One of the first patients to benefit is Ann Emmess, a 55-year- old healthcare administrator from Portsmouth, who had the device implanted in her left thumb eight weeks ago, and is already driving again.

‘I had osteoarthritis and was in a lot of pain and had great difficulty in gripping things,’ she says. ‘Simple things like opening a packet of crisps were challenging. It was having a big effect on my life.

‘Four or so years ago I had surgery on my right thumb, which got rid of the pain but removed a bone at the base of the thumb which can lead to weakness in grip.

‘I saw Mr Sauvé, who told me about the implant which was less invasive and sounded quite appealing. I had the operation two months ago and the results have been fantastic, with a big reduction in pain, and the movement in the thumb is so much better now.

‘I’ve just had a session with a therapist who carried out a grip-strength test. My left hand is already stronger than my right, which is my dominant hand. I have even started driving again and use my left hand to change gear with no problems.’