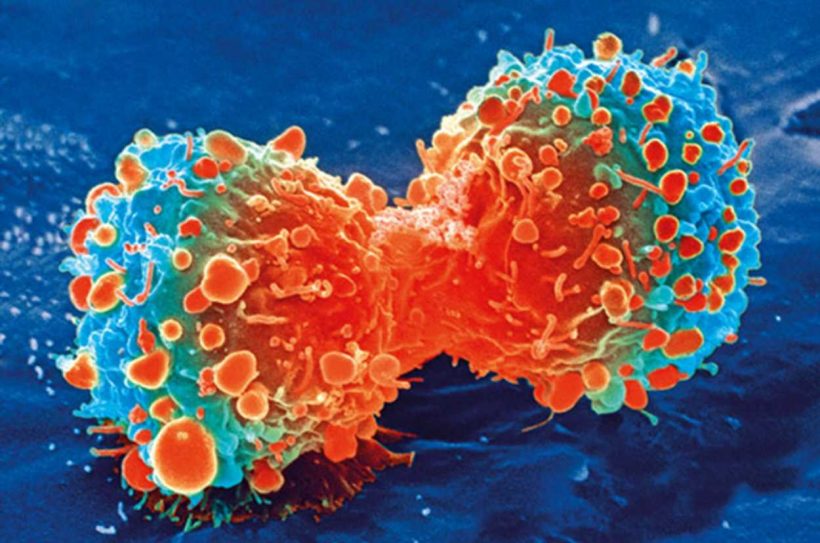 Metastases can develop in the body even years after apparently successful cancer treatment. They originate from cancer cells that migrated from the original tumor to other organs, and which can lie there inactive for a considerable time. Researchers have now discovered how these “sleeping cells” are kept dormant and how they wake up and form fatal metastases. They have reported their findings in the journal Nature.

A tumor can leave behind an ominous legacy in the body: cancer cells can migrate from the tumor to other tissues in the body, where they survive after treatment in a kind of hibernation called dormancy. Currently, cancer medicine relies on monitoring cancer patients after their initial treatment in order to detect the awakening of these cells to form metastases. One of the biggest questions in cancer research is what exactly causes this transition.

“This dormancy period offers an important therapeutic window in which the number of cancer cells and their heterogeneity are still manageable,” says Professor Mohamed Bentires-Alj, group leader at the Department of Biomedicine at the University of Basel and University Hospital Basel. “Understanding the cellular and molecular mechanisms underlying tumor dormancy is therefore crucial to preventing the recurrence of cancer.” His team has made an important step in this direction.

First author Dr. Anna Correia and her co-authors used mouse models and human tissue samples, and were able to determine how cancer cells, which had originally migrated from a mammary tumor to the liver, remained dormant or awoke to form metastases.

Two cell types play a key role in this transition. One of these cell types is the natural killer cell, i.e. a type of immune cell that traditionally kills abnormal or infected cells, but can also slow down their proliferation. As the researchers found, this is exactly what they appear to do to control dormant cancer cells. The natural killer cells secrete a messenger substance called interferon gamma, which keeps the cancer cells in hibernation.

The published results indicate several possible methods of preventing metastasis: immunotherapy based on interleukin-15, which increases the number of natural killer cells in the tissue; interferon gamma therapy, which maintains the dormant state of the cancer cells; and inhibitors of the mechanism through which the hepatic stellate cells paralyze the natural killer cells. Appropriate therapies already exist for all these approaches, but they still need to be clinically tested.

“Our findings raise the hope of immunotherapies that focus on natural killer cells as a preventive strategy for patients with dormant cancer cells at risk of developing metastases,” says Bentires-Alj. “The next stage on the long road to an established treatment will be to show that stimulating natural killer cells prevents metastasis in human patients. We are currently looking for ways to finance this next step and are already in discussion with our clinical collaborators at the University Hospital Basel.”