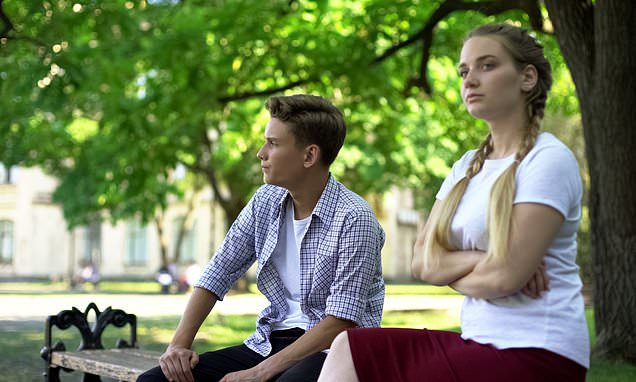 Teenagers who hold off on dating have better social skills and are less depressed than their peers, a new study finds.

Middle and high school students who didn’t date were more likely to be rated higher in social skills and leadership skills by their teachers.

They were also less likely to report symptoms of depression or feeling sad and hopeless than teens in relationships.

The team, from the University of Georgia (UGA), says the findings show that teen health programs should include sections on not dating and promote is as just as healthy and acceptable of a choice as dating. 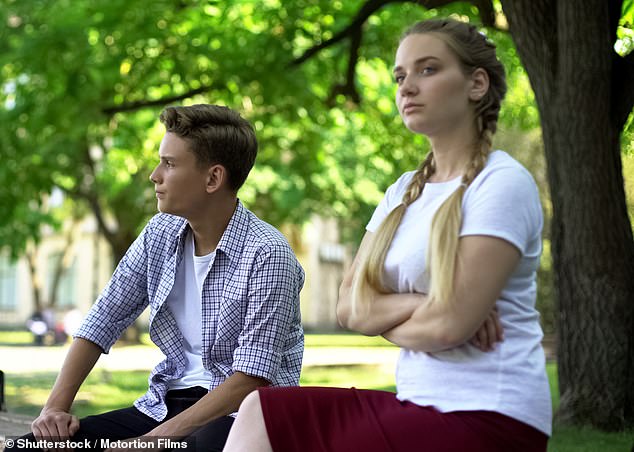 A new study, from the University of Georgia, has found that teenagers who don’t date are less likely to report feelings of hopelessness and sadness than those who do date (file image)

‘The majority of teens have had some type of romantic experience by 15 to 17 years of age, or middle adolescence,’ said lead author Brooke Douglas, a doctoral student in health promotion at UGA’s College of Public Health.

‘This high frequency has led some researchers to suggest that dating during teenage years is a normative behavior. That is, adolescents who have a romantic relationship are therefore considered “on time” in their psychological development.’

A 2015 Pew Research Center poll found that 35 percent of teens between ages 13 and 17 have some experience with dating or relationships, while 18 percent said they were currently in a relationship.

American teens are having less sex, falling from about 48 percent in 2007 to 39.5 percent in 2017, according to a report from the Centers for Disease Control and Prevention.

Researchers attribute this to sex education programs which helps teens delay having sex until they older, use condoms and birth control when they have sex, and reduce the number of sexual partners.

However, if dating is normative behavior, the team wanted to know what the implications were for teens that chose not to date.

‘Does this mean that teens that don’t date are maladjusted in some way? That they are social misfits?’ Douglas said.

‘Few studies had examined the characteristics of youth who do not date during the teenage years, and we decided we wanted to learn more.’

For the study, published in The Journal of School Health, the team surveyed nearly 600 students in northeast Georgia and tracked them from sixth through 12th grade.

Every year, the teenagers answered questions about whether they had dated, the relationships with the family and friends and if they experienced symptoms of depression.

Dating was broadly defined as spending time with or going out with someone for more than a month.

The teens’ teachers were also asked to fill out questionnaires about the students’ social and leadership skills.

Researchers focused on 10th graders who rarely or never dated compared to their peers who dated more frequently and found that that groups reported positive relationships.

But the students who didn’t date were rated higher in social skills and leadership skills by their teachers than teens who date.

They also less often self-reported being sad or feeling hopeless compared to their peers in romantic relationships.

‘While the study refutes the notion of non-daters as social misfits, it also calls for health promotion interventions at schools and elsewhere to include non-dating as an option for normal, healthy development,’ said Douglas.

‘As public health professionals, we can do a better job of affirming that adolescents do have the individual freedom to choose whether they want to date or not, and that either option is acceptable and healthy,’ she said.