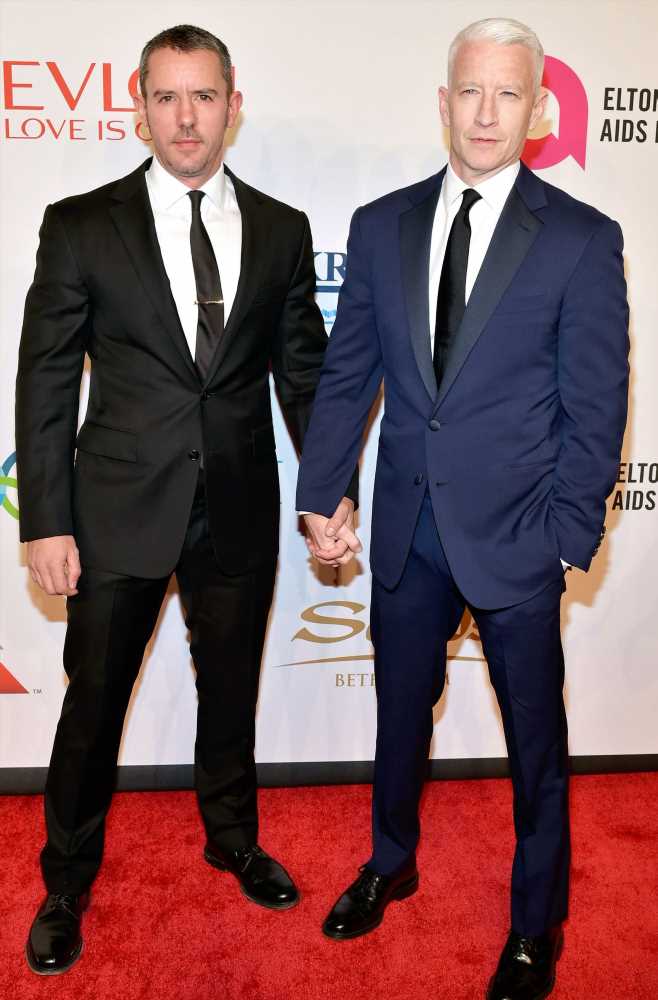 On Monday, the CNN anchor, 52, appeared on The Late Show, where he spoke to host Stephen Colbert about entering parenthood and caring for 1-week-old Wyatt Morgan.

Cooper welcomed the baby boy on April 27 via a surrogate, and his ex partner Maisani, 47, was in the delivery room for the birth, which Cooper said was even more emotional coming after the death of his mother, Gloria Vanderbilt.

"My mom died in June, so it hasn't even been a full year," said Cooper. "In the course of one year, just on a personal basis, to have experienced the loss of her life and to have been there with her when she breathed her last breath and to witness that and to be holding her at that time, and then to suddenly … be in a delivery room with this amazing surrogate and her husband and my former partner Benjamin … and to see a new human being come into existence, which I'd never seen in person before, it was just extraordinary."

Cooper also mentioned that he would raise Wyatt with Maisani, whom he called it quits with in March 2018.

"[Benjamin is] going to be a co-parent to Wyatt, even though we're not together anymore, but, you know, he's my family and I want him to be Wyatt's family, as well," explained Cooper.

Never miss a story — sign up for PEOPLE's free daily newsletter to stay up-to-date on the best of what PEOPLE has to offer, from juicy celebrity news to compelling human interest stories Anderson Cooper Reveals the Sweet Meaning Behind His Son's Name

Announcing the birth of his son last week, Cooper wrote on Instagram that he never thought fatherhood would be in his future, adding that he's "grateful" to see an expanded family come to fruition for him.

"As a gay kid, I never thought it would be possible to have a child, and I'm grateful for all those who have paved the way, and for the doctors and nurses and everyone involved in my son's birth," he wrote. "Most of all, I am grateful to a remarkable surrogate who carried Wyatt, and watched over him lovingly, and tenderly, and gave birth to him."

He continued: "It is an extraordinary blessing — what she, and all surrogates give to families who can't have children. My surrogate has a beautiful family of her own, a wonderfully supportive husband, and kids, and I am incredibly thankful for all the support they have given Wyatt and me. My family is blessed to have this family in our lives."