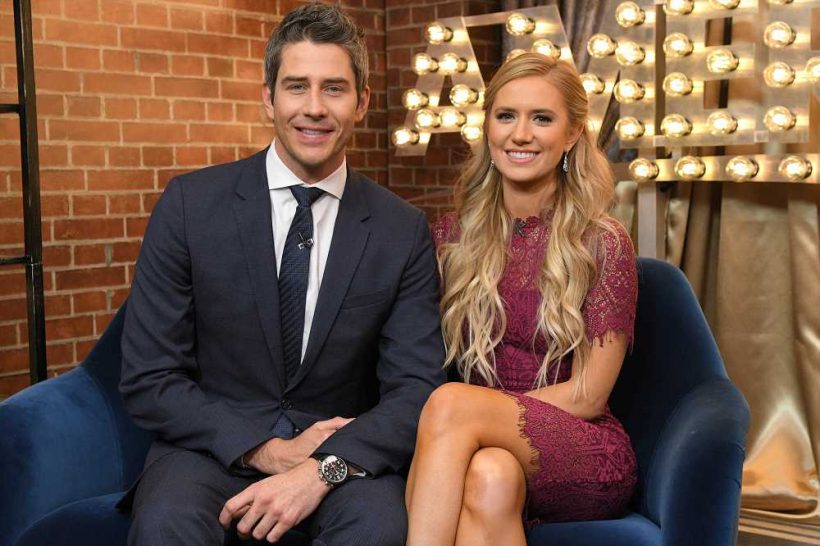 Parenthood can be a difficult, but rewarding, journey.

Arie Luyendyk Jr. opened up how fatherhood has been treating him so far in a series of informative Instagram Story posts over the weekend.

Asked to share some advice for all the new dads in the world, The Bachelor alum — who shares 7-week-old daughter Alessi Ren with wife Lauren — emphasized that it’s important to do everything possible to support your partner.

“Be patient and understanding,” he wrote, sharing his advice alongside a sweet family snapshot.

“Most importantly be there as much as possible (physically and emotionally) to support her,” he added. “It will be hard, it will challenge your relationship. It will also be the best thing you’ll have ever done together.”

As for the hardest part of having a newborn in the house, Luyendyk Jr., 37, shared that both he and his wife found sleep deprivation very challenging.

“My part doesn’t even compare to how hard it is to be a Mom but for both of us it was lack of sleep,” he shared, adding that these days, that’s no longer a problem.

“We stuck to advice from @takingcarababies and Alessi sleeps 7 hours at 7 weeks old,” he shared, alongside an adorable shot of their baby girl.

Lovingly, the first-time dad went on to note that no matter how much sleep they lost, having their daughter always made up for it.

Luyendyk Jr. went on to note that out of all the activities he and his daughter get to do together, he cherishes their morning routine most of all.

“My favorite is our mornings together,” he wrote, explaining that he wakes up early to feed her, which gives his wife “some time to sleep in.”

Highlighting another of his favorite daddy-daughter moments, the reality star shared that “bath time is a close second.”

Answering another question that’s on many people’s mind, Luydenyk Jr. wrote that while he and Lauren do want to have more children, they’re content with just one for now.

“We plan on having a few more,” he shared, adding that they’ll “wait a few years.”

However, the preparations for their next child’s arrival have already begun.

“We even have @alessiluyendy’s old handle ready for baby #2,” he wrote alongside a screenshot of the account.

On May 29, Luyendyk Jr. confirmed he and Burnham had welcomed their first child.

“We have a BEAUTIFUL baby girl 6 lbs, 13 oz. 20cm Long,” the proud papa wrote in an Instagram Story. “Mommy and baby are doing great, we are so incredibly happy.”

“Fatherhood is the best. I think my heart just grew two sizes,” he wrote three days later, alongside some adorable shots of some father-daughter bonding.