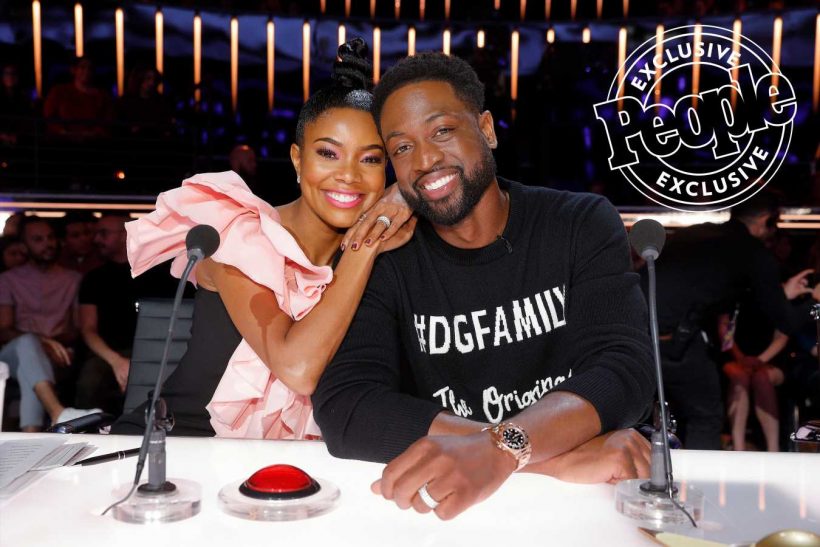 Christmas is a joyous celebration in Gabrielle Union and Dwyane Wade‘s household, but when it comes to gifts for their children, they aren’t letting Santa Claus take the credit.

In a story for O, The Oprah Magazine where she interviews Tamron Hall, Union, 46, reveals why her NBA legend husband isn’t on board with Jolly St. Nick.

“I’ll say to my husband, ‘Let’s tell the kids their Christmas gifts are from Santa.’ And my husband is like, ‘There’s no way in hell I’m letting these kids think that old white man is sneaking into our house and doing anything for them,’ ” says the L.A.’s Finest star. “Because he didn’t grow up believing in Santa Claus.”

“We have these conversations when it comes to raising our children about where to draw the line between fantasy and ‘Hey, that’s not how life works,’ ” she adds.

Hall — mom to son Moses, 4 months — agrees “100 percent” with Wade and Union’s reasoning, noting that “Modern parenting is especially difficult for parents of color” because “we have to talk about not only ‘Are we gonna say Santa exists,’ but also ‘Is Santa Black?’ “

“Again, this is exactly the conversation that we want to have on the show, because some families might not even realize this is a thing. So we want all perspectives,” adds the star, 48, whose self-titled syndicated talk show premieres Monday on ABC.

“Something as simple as Santa Claus could cause a big debate, so why not have a conversation with real parents of all backgrounds talking about how they approach Santa Claus, and what race he is?” Hall continues. “It might sound small, but these are the everyday things we’re thinking about.”

Union and Hall also talked parenting guilt — something the Being Mary Jane star says she has seen “a complete absence of” when she talks to “active, successful dads.”

“And these are dads who are involved — I’m talking about 50-50 parents, people like my husband, who has full custody of his children and took the longest paternity leave from professional sports last year,” she says. “But he doesn’t talk about feeling guilty when he’s away from his children.”

When Hall asks what she believes is the reasoning, Union explains, “Because no one has ever asked him questions like, ‘Do you feel guilty for missing things with your kids?’ The assumption is that mothers should experience guilt for missing things, but with dads, it’s just not a thing.”

“So when I get asked that question in interviews, I don’t mind shaming the interviewer like, ‘I’ve noticed that you interviewed Warren Buffett or JAY-Z, and never once did you ask them how they balanced it all with their children,’ ” Union notes. “[Dads are] made to feel like superheroes for doing the bare minimum, while we deal with Mom Guilt.”