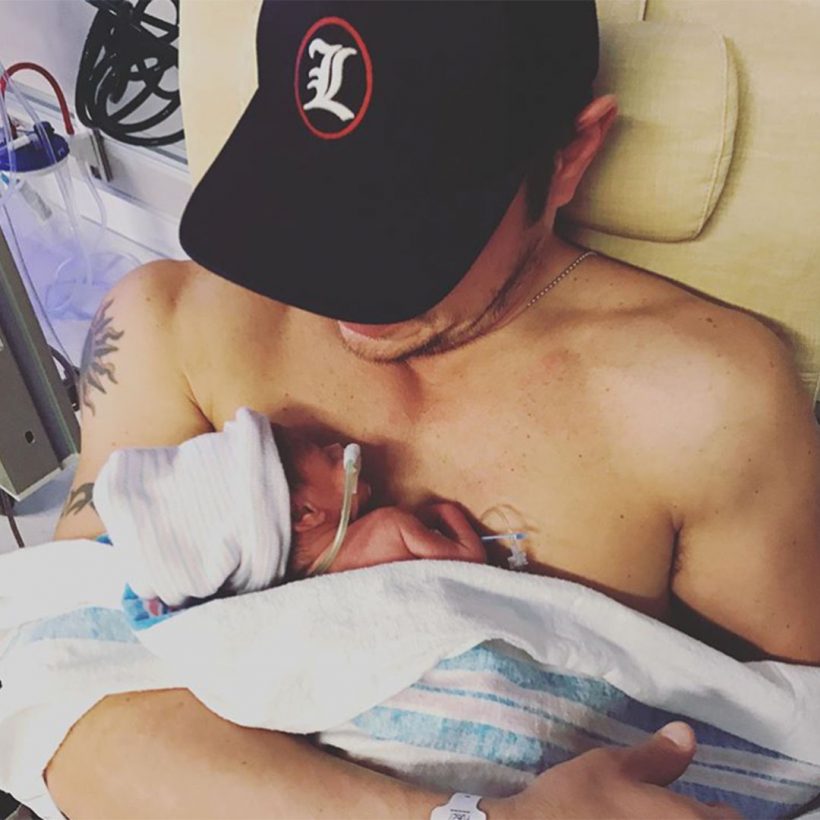 “Fatherhood is the greatest job in the world” for Nick Lachey — but he’ll be the first to tell you “it isn’t the easiest.”

The 98 Degrees frontman marked Father’s Day this year in part with a throwback snapshot of himself and his then-newborn son Phoenix Robert, now 2, after the baby boy’s premature birth on Dec. 24, 2016.

In the photo’s caption, Lachey, 45, shared his entry in the “#UnspokenStories” hashtag trend, revealing, “As I tell my kids everyday, my number one job is to protect them. Never did I feel more helpless and unable to do my job than when my son Phoenix was born.”

“He came to us on Christmas Eve, the very definition of a gift from God,” the singer recalled. “The only problem was that the gift came 10 weeks early. My wife Vanessa wasn’t allowed to even hold him yet, so there I sat in the NICU, holding his little 3 lb body close to mine … hoping that his daddy’s skin would provide some comfort to a little baby brought into the world just a bit too soon.”

“I felt a vulnerability I had never known before and a fear I wasn’t familiar with,” Lachey continued. “I can only imagine how many fathers out there felt the same way I did in that moment.”

The pop musician went on to describe the next six weeks baby Phoenix spent in the hospital as the “toughest and yet most wonderful” time in his life.

“Now, 2 and a half years later, those weeks seem like an eternity ago as I watch my happy, healthy toddler run and climb and play,” Lachey added gratefully. “As Dads, I think we often feel a pressure to be this impenetrable pillar of strength. Phoenix reminded me that the ultimate show of strength is love.”

“The world needs more of it and Dads … we can give it,” he wrote, concluding his post by inviting his followers to “help me celebrate every dad and let him know that the @marchofdimes community is here for him.”

Vanessa, 38, chimed in on the comments section with a sweet message for her husband: “I Love You, Baby! And our Family! ❤️”

The couple have been candid about the harrowing experience of Phoenix’s premature birth following an umbilical-cord prolapse and his subsequent hospitalization over respiratory syncytial virus (RSV), which Vanessa recently revealed was the most challenging part of her life and marriage — and is something she has not yet gotten over.

But as parents to Phoenix, 4-year-old daughter Brooklyn Elisabeth and son Camden John, 6½, Vanessa and her husband soon figured out how to balance parenting duties during the hospitalization — though it wasn’t easy.

“[It was] definitely the hardest part in my life and also in my marriage,” the Top Chef Jr. host said during a May interview for Mom2Mom. “Not in a negative way, just in a very challenging way.”

“Nick actually mentioned the other day, ‘I don’t know if we’ve ever gotten over that.’ We’ve never really talked about it and gotten over it. We’ve still kind of just been playing catch-up since then, you know?” she revealed. “It’s an intense time.”