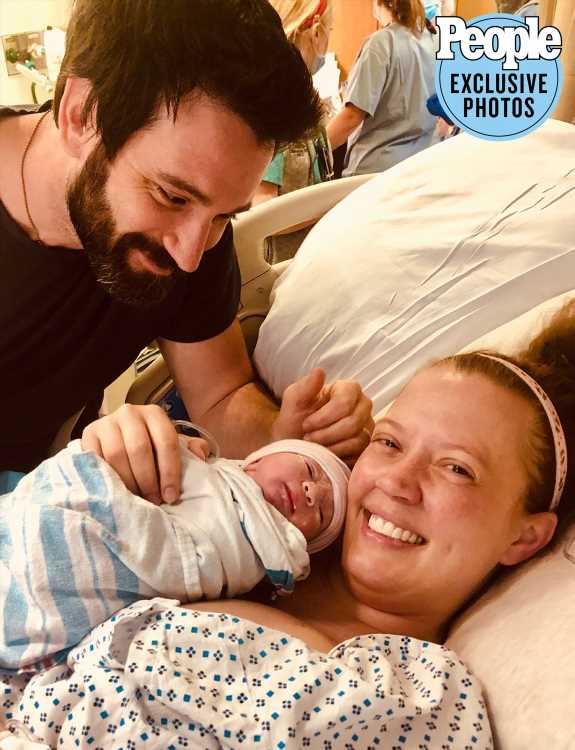 Turns out, doing Frozen would help ready Murin for motherhood in a really unique way.

She told PEOPLE it not only reminded her about the importance of family, but that also the relationships she built backstage with the various young actresses playing Anna and Elsa had her wanting a little girl of her own.

"Obviously, no matter what, you want a happy and healthy baby. But all these years in Frozen, it really made me want a girl real bad," Murin admitted.

"I love them to pieces. I feel ready to raise a girl because I'm in a place as a woman where I feel like I know something about how I want them to turn out," she said. "It's made me excited to have a little spitfire of a daughter of my own."

Since leaving the show in February, Murin has been keeping fans up to date on her pregnancy in a sea of sweet social media posts while she and her husband hunkered down in their New York home with the two rescue dogs they share.

She has tracked her growing bump along the way, too, at various milestone moments — like at the 30-week mark, which she hit on May 16.

Things have gone mostly smoothly, Murin has said, save for a few weeks in April when she battled symptoms of the coronavirus including "a cough that makes it feel like my head is splitting open from the inside out" — but luckily, the baby was okay.

"I AM FINE, I SWEAR, AND SO IS THE BABY!" Murin wrote in an April 9 post. "This virus can't cross the placenta, so my uterus is literally the safest place for little peanut right now. I'm eating and drinking all the water in the world, and she's kicking me almost hourly now, so I know she's growing stronger by the day."