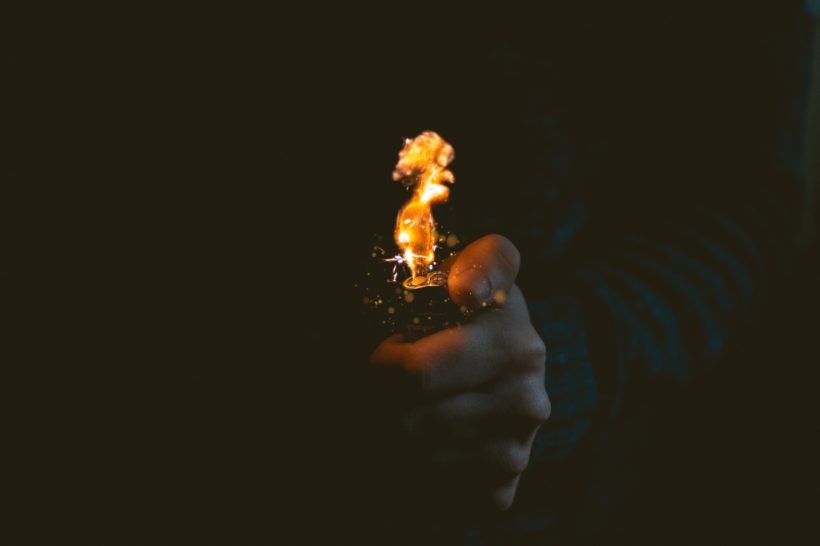 It’s not easy to be vulnerable. Sharing your fears, feelings, or straight-up trauma can leave you feeling exposed, which is why it’s a situation best met with compassion. So, when one Redditor shared her fear of fire with her husband only to find him teasing her with a lighter, it caused her to reconsider their partnership. And, honestly, Reddit users were right there with her.

User unknownuser588 took to the /AmITheAsshole SubReddit to sound off on a recent incident she had with her husband. She first shared she had a traumatic experience as a child and, despite therapy, it continues to be a long healing process.

“This does mean that there are certain things that annoy my husband like when we decided to buy a house, I asked if we could get an electric stove or replace the gas one,” she wrote. “It annoyed him but he accepted.”

Other things that annoy him — yes, annoy him — about her real-life, actual fear? The fact that she has to keep a safe distance from a barbecue grill.

“One night, I just finished making dinner and went to give him a back hug (arms wrapped around his shoulders kind of hug) and he instantly pulls out a lighter from his pocket and holds it close to me,” she wrote. “I freak out and try to get away from the lighter. When he finally puts it away I yell at him and I’m crying asking him why he thought that was a good idea. He told me that he heard of exposure therapy and he was sick of my antics.”

The user ended up locking herself in the bedroom and crying.

AITA for yelling at my husband because he scared me? from AmItheAsshole

“In the morning he won’t talk to me, saying that he was only trying to help and yelling at him made him feel like shit,” she noted. “I wonder if I overreacted.”

To which the majority of users gave a resounding: “Hell, no!”

“He shouldn’t be testing out his exposure therapy ideas unless he’s trained to do so and you consent,” wrote CrystalQueen3000. “He was being an AH. You can’t help your immediate response to what he did and if he feels like shit, good, he should. What he did wasn’t okay.”

Others agreed, some even reminding the original poster that the “irritations” she listed weren’t really annoyances worth mentioning.

“I honestly don’t think that the two examples OP described (getting an electric stove or standing farther away from a BBQ) are really as constricting to him as he’s making out to be….especially when it’s your spouse who’s had a traumatic experience,” ASSFGasdfg noted. “Could it be annoying/not his preference? Of course. Is it enough to say he’s ‘sick of (her) antics’? No. Mental health is not an antic — it’s a medical thing OP is working through with mental health professionals. He needs to back off and stop being so self-centered about this.”

But the poster’s story didn’t end there. In a separate thread, she provided an update on the situation, writing that her husband still wasn’t speaking to her three days after the incident. When she confronted him, she told him his behavior had caused her to lose trust in him.

“He brushed it off, rolling his eyes and saying it wasn’t that big of a deal,” she wrote. “I simply replied that it was a big deal for me and I know that my trauma may be annoying to him, but that didn’t give him the right to do that.”

Initially, she was able to get him to commit to marriage counseling. But each time the appointment came around, he would bail.

“He would make some kind of excuse not to go (he was staying late at work, there were no groceries so he had to go shopping) and I grew frustrated, I asked him if he really wanted to make things work and he didn’t answer straight away,” she wrote. “He said that he was only trying to help and by making him seem the ‘bully’ that I wasn’t appreciative of him and all the things he had to accommodate for my antics.”

And with that? The user placed her wedding ring on the table and left. “It was the last straw,” she said.

Here’s the thing: Mental health and its related trauma are no joke. When it comes to sharing these parts of who we are, we want the people in our corners to be able to not only take it seriously but validate it by not being total d-bags about how it affects them. What’s more, a toxic marriage can only further affect mental health, so leaving an unsupportive spouse behind — like this Reddit user — might be the most important boundary you’ll ever set.

In the end, the OP said she’s finding healing in people who don’t find her trauma annoying.

“I’m forever thankful to you, Reddit for all your kind words,” she wrote. “I cannot thank you all enough for giving me the strength to help myself and reminding myself that my trauma is not annoying and shouldn’t be seen as antics.”

Before you go, check out our favorite (and some of the most affordable) mental health apps: