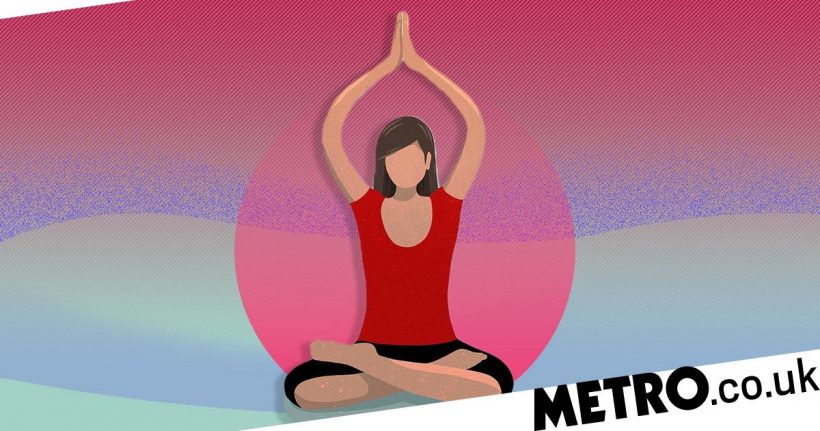 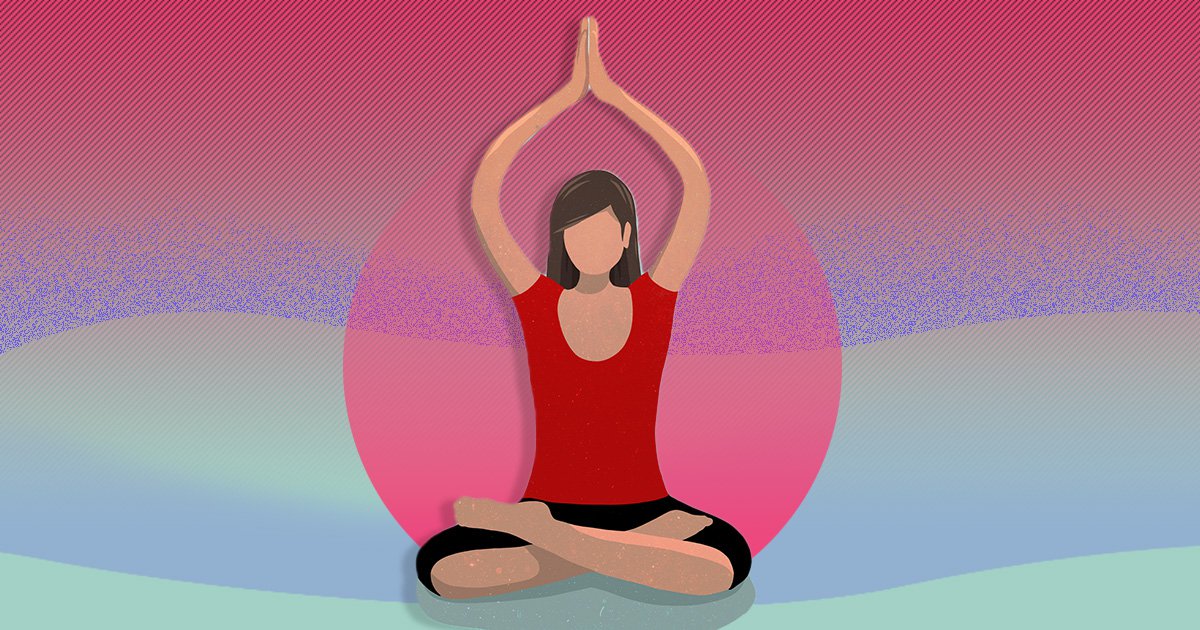 ‘I’m sorry to hear you’re going through all of that… have you tried yoga?’

Anyone who’s struggled with mental health issues will have heard this question.

Stay with us – we’re not flogging yoga as a cure-all for depression and anxiety.

But the truth is that yoga does pose some serious benefits for both mind and body and could seriously help you in 2023 – even if you’re a beginner.

Over the first lockdown, many flocked to YouTube yoga videos, such as Yoga with Adriene and other home fitness channels, looking for a way to stay healthy and escape stress.

He says: ‘Physically it not only increases flexibility, but builds strength. This is particularly important for those leading a sedentary lifestyle.

‘But its effects go far wider, resulting in an improvement in general wellness, an increased desire to lead a healthier life, and improvement in sleep quality.

‘The improvement in quality of life is linked to better mental health and more resilience towards stress.

‘One of the wonderful gifts that yoga brings is improved breathing. Shallow breathing is linked to stress, and re-gaining a healthy breathing pattern leads to greater calmness and balance.’

A 2021 study by researchers at Indian Institute of Technology (IIT) Delhi found those those who practiced yoga in lockdown were doing better mentally as a result.

So what about taking on the challenge and making it daily, such as every morning, for a month?

Dr Cooper says the benefits of practicing yoga, naturally, will be more pronounced this way.

A little and often approach is better than one intense session weekly.

He says: ‘Most people report that doing yoga every day brings much more noticeable benefits than practising once a week.

‘Even just 20 minutes a day is enough to make you want to come back for more because the positive effects it brings are self-motivational.

‘If you do 20 minutes five days a week, that’s one hour and forty minutes a week; it is unlikely you would do this much in a single once a week session.

‘A good approach for building a safe and enjoyable home practice is to attend a yoga class in a studio once a week, which will give you ideas for your own practice.’

Dr Cooper suggests learning Sun Salutation is a good way to begin practicing yoga, as it requires only simple movements that you might already be familiar with.

He says: ‘Sun Salutations are ideal for beginners. Once you learn them, you can do them without thinking so you are never at a loss about what to do.

‘You can use them as a stand alone or as a warm up before other postures.

‘One way of developing a nice rounded yoga practice is to always start with the same short routine – like Sun Salutations – and then add some more postures.

‘Finish your session with another short routine, like just sitting watching your breath. This familiarity is both comforting and encouraging.’

Here’s a visual step-by-step guide to doing a sun salutation:

Be careful not to overextend your back when reaching backwards – yoga should never be painful.

Putting yoga to the test over a month, I followed Yoga with Adriene’s popular 30-day series, which ran throughout January.

Having done yoga before, but allowed the habit to die, I was keen to get back into the flow.

Day one was challenging – more so than I expected.

My flexibility had gone and moves I previously built some ability to do had diminished. I’d also become very impatient with slower parts of the video, skipping 10 seconds ahead here and there.

That in itself made me realise how little time I allow for being still.

I managed to make yoga a daily practice for the most part, only skipping the odd day when unwell or short of time.

By day 10, my 20 minutes of yoga in the morning or at lunch were something I looked forward to.

It was a moment of peace, away from my laptop, in which I could just breathe.

I won’t lie – it was hard to detach from messages and some days I would still skip small snippets of the video so I could rush forward on to the next thing.

However, as yoga asks us to be kind to ourselves, I decided to focus on the fact that without this 20 minute break, I would be glued to the screen still, even more stressed and functioning on shallow breath.

At least I was making space for a temporary moment of deeper breathing and light exercise.

Even if I could only be present for eight minutes of the practice, that was eight minutes better than had I not shown up on the mat.

Overtime, I hope to get better at taking this headspace off the mat and into the rest of my day.

By day 20, I was noticing a shift. Getting up that bit earlier wasn’t so hard, and my tight calves had eased slightly, making certain positions a little more in reach.

Most importantly to me, I felt calmer on the mat – even once falling asleep on the floor in corpse pose after a stressful day.

At the end of the 30 days (or, 35 after making up for the skipped sessions), a wave of emotion hit me with the realisation I’d made it.

For a month I’d shown up and committed to this practice for the betterment of my health.

Practicing daily meant there was an acceleration in my learning curve, too.

Yoga isn’t going to melt all my problems away, but does help me get grounded and manage difficult times better.

We all need a mode through which we tap out. I’ve found my way of doing this is by moving on a mat.