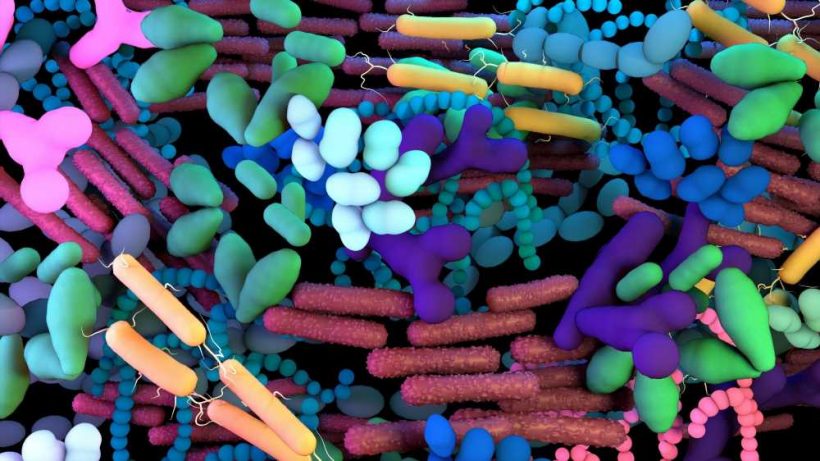 In a recent study published in Nature, researchers identified widespread bacterial strain sharing among humans (>10 million sharing instances) with distinctive patterns of transmission, including vertical transmission, transmission within households, and the population.

Assessment of human microbial diversity is critical for determining various health disorders. However, the degree to which interpersonal relationships affect the genetic constitution of the microbiome and affect intra- and inter-microbial transmission has not been well-characterized and requires further investigation.

In the present study, researchers performed a metagenomic analysis to evaluate the patterns of human-to-human oral and intestinal microbe transmission.

In total, 9,715 microbial specimens (2,069 and 7,646 saliva and stool specimens, respectively) from 31 datasets (across 20 nations including Argentina, Colombia, China, Guinea-Bissau, Italy, and the United States of America) were analyzed to assess microbial transmission between mothers and offspring, household contacts, twins, populations (cohabitating individuals), and villages. The team also assessed publicly available fecal datasets with samples from ≥15 individuals, with ≥2.0 samples obtained >6.0 months apart. Deoxyribonucleic acid (DNA) was extracted from the fecal samples, following which sequence libraries were prepared.

The rate of strain sharing was evaluated based on profiling for every specimen, the predominant SGB strain with ≥10.0% prevalence among ≥20 specimens of ≥1.0 cohort, for 252 SGBs and 646 SGBs from oral and intestinal metagenomes, respectively, with 24 SGBs from the oral and intestinal environments. Strains highly similar (≤0.0015 SNV rate) to MAGs or isolate genomes of microbes obtained from commercial foods were discarded. Bacterial phenotypes were inferred based on their genetic sequences. The datasets were categorized as belonging to westernized or non-westernized populations based on medication and medical care accessibility, diet, and sanitation conditions.

A total of 6.4 million events of strain sharing between individuals were identified in intestinal specimens and 4.9 million in oral specimens, after excluding 278 (94%) Bifidobacterium animalis strains from intestinal specimens, and 540 strains phylogenetically similar to food-origin MAGs from seven SGBs, including Streptococcus thermophilus, S. vestibularis, and S. salivarius. Vertical transmission of intestinal microbes was stable and noteworthy during infancy (rate of microbial strain sharing was 50.0%) and continued to be within detectable limits at an older age.

Contrastingly, the oral microbial transmission was mainly horizontal and increased with an increase in the co-habitation duration. Considerable strain-sharing was observed among co-habiting individuals, with median values for the rates of microbial strain sharing of 32.0% and 12.0% for oral and intestinal microbes, respectively, and the duration of co-habitation affected the sharing of strains more than genetics or age. Additionally, strain sharing recapitulated the structure of the population in a better manner compared to the species-level profiles.

Distinctive taxa seemed to be efficient spreaders across the various modes of transmission and were linked to different bacterial phenotypes associated with the capabilities of beyond-host survival. The uSGBs, comprising 37.0% of SGBs, showed a high prevalence (86.0% and 100.0% of intestinal and oral metagenomes, respectively, with the corresponding median relative abundance of 17.0% and 10.0%). The prevalence was particularly greater for intestinal microbial genomes obtained from the non-westernized nations (99.0% prevalence, and a median relative abundance of 42% observed).

Bifidobacterium bifidum, an intestinal SGB, was profiled successfully from 1,298 intestinal microbial specimens (17.0% of total fecal specimens). The same strain of B. bifidum was identified in 87.0% of specimen pairs from that person obtained within 6.0 months, with a distinct bimodal microbial observed for the nGDs between strains, indicative of shared microbial strains. In total, 13,278 events of B. bifidum strain sharing were identified among mothers with their respective children (species-level genome bins transmissibility of 0.9) and between household contacts (species-level genome bins transmissibility of 0.7). The greatest human-to-human rates of microbial strain sharing were identified between co-habiting mothers and 0.0-year to 3.0-year-old children (median value of 34%).

Microbial strain transfer between individuals in long-term close contact largely was responsible for the genetic constitution of the human microbiome and therefore, for the potential of host-microbe and metabolic interactions. Among twins, strain-sharing rates reduced from 30.0% to 10.0% during 30.0 years of separate living. The impact of social communication observed in shaping human microbiota was non-negligible, with a probable role in microbial infections. The greater microbial richness among non-westernized communities was not encouraged by increased household transmission but is in consequence of environmental interactions, diets, and lifestyle.

Overall, the study findings highlighted the patterns of oral and intestinal microbial transmission in humans and reinforced that several disorders currently regarded as non-communicable must be re-evaluated and that considering the social structure and transmissibility would improve microbial study designs.