When you subscribe we will use the information you provide to send you these newsletters. Sometimes they’ll include recommendations for other related newsletters or services we offer. Our Privacy Notice explains more about how we use your data, and your rights. You can unsubscribe at any time.

“The normal way of things isn’t normal yet, so I think the whole grieving process is likely, for us, to take a lot longer,” the Countess of Wessex confessed. “It may be the same for many other families out there.” She was absolutely right, because the trauma of losing loved ones in lockdown has left thousands of bereaved people trapped in the middle of the grieving process, unable to process their pain or move on. It has become so common, it has now been recognised by the World Health Organisation as a condition called prolonged grief disorder (PGD). It affects approximately 10 per cent of those bereaved, but if a loved one dies under traumatic or unexpected conditions – such as alone in hospital of Covid after a rapid deterioration – then the risk rises to 30 per cent.

One such victim is Mairi Clark, who had expected to lose her terminally-ill mother to cancer during the first lockdown, but was left reeling by the sudden loss of her partner of seven years, Billy Millar.

More than a year later, it is the circumstances of his death that still torment her.

At the time, hospitals were inundated with Covid patients and paramedics decided he was not sick enough to take to A&E.

By the time he was finally taken in by emergency services on Easter Sunday, he hadn’t eaten for almost two weeks and was too weak for doctors to remove the abscess they discovered in his stomach. He died four days later after contracting Covid-19, as a hospital test revealed.

The couple were former childhood sweethearts from Glasgow who had found love a second time as adults, yet Mairi could not hold his hand or be with him as he died.

Her guilt is palpable and her grief remains unrelenting. While she has come to terms with the loss of her mother, Norah, 82, who died three months after Billy, she still struggles with his death.

“I wish I had said that he had Covid symptoms, that I had been more forceful and pushed them into taking him into hospital – I wish all of that,” Mairi says.

“I feel I let him down by not forcing them to take him in because I truly believe that if they had taken him in at the very beginning, he would still be here.”

Her difficulty accepting the loss and guilt are both indicators of prolonged grief disorder – also known as complicated grief.

Dr Katherine Shear, a bereavement expert at America’s Columbia University, says: “It’s a strong, persistent, pervasive grief that takes up your whole life and continues longer than we would expect. We have to pause and deal with it – or it stands in the way of being able to accept reality as it is.”

Precisely because of the pandemic, grief provision has become a hugely pressing issue, says Dr Barney Dunn, a clinical psychologist based at Exeter University.

“We know those are all risk factors for people to be more likely to get stuck in grief.” Mairi agrees. “It was pretty horrendous as I didn’t get to see Billy, and then I was left in our flat self-isolating and no one was able to come and see me.”

Unable to hold a wake, she couldn’t dress Billy in the suit he had chosen for her mother’s funeral because of contamination concerns.

“I literally stood outside the crematorium with his brothers and sisters, and that was it,” she says.

At night she cuddled a soft toy he gave her, spritzing it with the body spray he wore – using sensory stimulation to feel close to the deceased is common in cases of prolonged grief, say experts – and only cleared out his clothes in February “because I didn’t want to face up to doing it”.

With almost 128,000 Covid deaths in the UK, and an estimated nine close relatives left bereft for each person lost to the virus, the situation threatens to become a health time bomb, especially for the elderly.

“The pandemic has highlighted the disappointing lack of bereavement support available to the over-65s, and the restrictions on daily life will inevitably lead to more cases of prolonged grief,” says Deborah Alsina, chief executive of Independent Age.

It estimates at least 31,000 people aged 65 and over will develop prolonged grief. “The Government must act now and adequately fund bereavement services to meet the increase in need,” she adds.

Her charity has launched a Time to Grieve campaign and an open letter calling for increased bereavement support services across England.

It is also part of a newly-launched UK Commission on Bereavement, independent of the Government, set up to examine the issues and make recommendations to key decision-makers.

Bereavement Minister Nadine Dorries said she was aware of the gaps in provision and that the Government was “committed to addressing this and fully understanding how important and useful this national commission will be”.

A joint survey by Bristol and Cardiff Universities, coinciding with the commission announcement, revealed that 51 per cent of those who have lost someone in the pandemic were experiencing high or severe vulnerability in their grief and, of those, three quarters were not using formal bereavement services or mental health support, heightening the risk of prolonged grief.

Psychologist Dr Dunn has seen it firsthand. “People are now starting to come into clinical sessions and say, ‘I’m finding it really hard to let go of this loss because I haven’t had a chance to say goodbye properly’,” he explains. 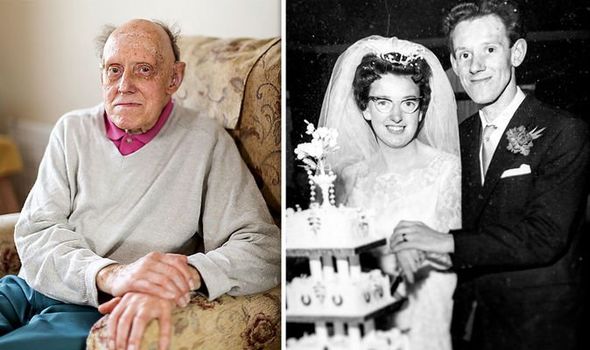 If left unchecked, unending grief can have life-threatening physical and mental consequences. Sufferers can experience inflammation, pain, insomnia and a loss of appetite raising the risk of a heart attack, stroke or death.

Peter Barker, 82, from Eastbourne, East Sussex, was married to his wife Deirdree for 55 years and was “very distressed” when she died five years ago after developing dementia. “I didn’t know what to do with myself,” he says.

“At one time I was thinking of ending my life, I was so depressed. I simply couldn’t face life without her.”

Peter, who has an adopted son, Simon, and biological daughter, Jane, by Deirdree says they did everything together.

They loved to watch the cows and sheep grazing at the top of Beachy Head and made every decision as a pair, no matter how small.

When Deirdree, 82, died, Peter cut himself off from the outside world.

“I just wanted to stay home,” he says. “I felt she was still here in spirit and I wanted to be with her.”

Like Mairi, he was haunted by their last meeting. Deirdree died on a Sunday morning, the only day of the week Peter didn’t tend to visit the care home she had been forced into by her deteriorating condition.

She had asked him on that final Saturday if he would return the next day. “I said, ‘No I’m not. Do you want me to? I don’t normally visit you on Sunday, I normally let someone else come and see you,” remembers Peter.

“She said, ‘No, if you don’t come tomorrow that’s all right.’ I felt quite guilty afterwards. She passed away that morning.” 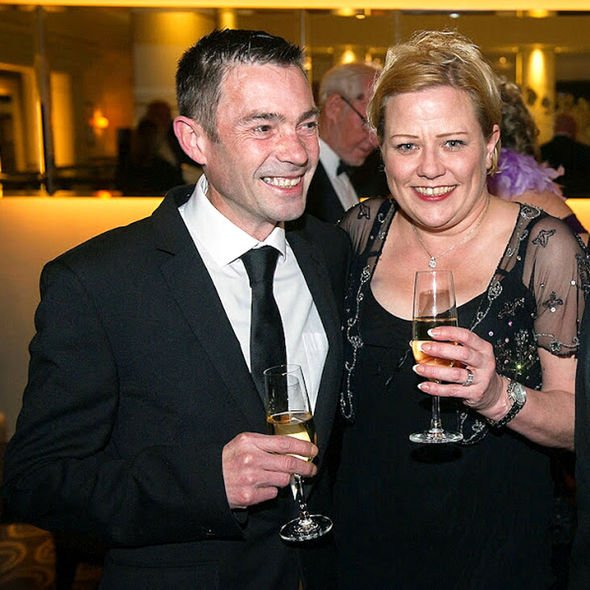 Treatment for prolonged grief should be straightforward but medical professionals often mistake it for depression.

“Guidance is being written for mental health services about how to recognise, assess and support people with a normal grief reaction but also to spot how it’s getting stuck and what they might need to do to adapt the care,” says Dr Dunn.

Support was not available for married mother-of-two Elisabeth Cammell, 56, who suffered prolonged grief 18 years ago when her mother died of a lung condition.

“It’s the way she died of not being able to breathe, I had recurring thoughts of the day and her death for a very long time,” says Elisabeth.

“Even two years later, I couldn’t think about it without crying. That’s when it tips into something abnormal.”

She experienced a second trauma a few years ago when the family dog ran away and was found dead in the woods.

That time she contacted Dr Shear’s team for support. “I recognised I was having it again and not moving on,” she says. 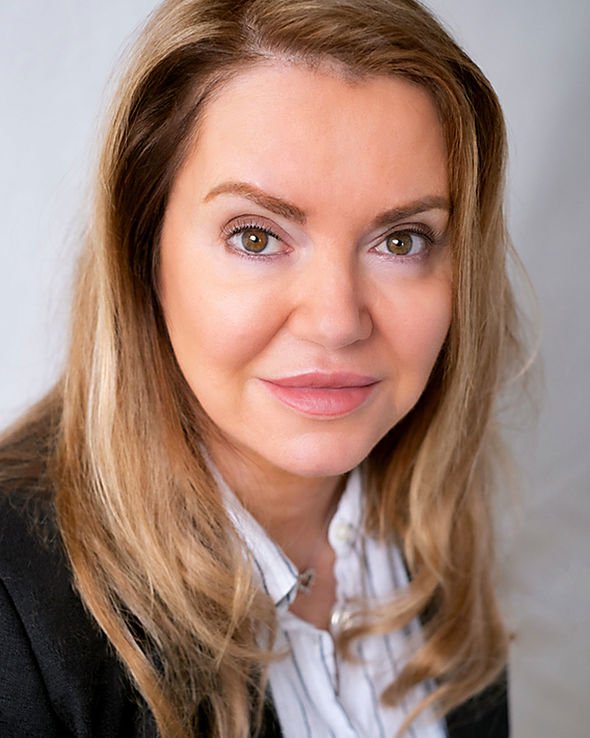 “If you know how to help people, it’s possible to help them in a fairly short period of time,” she says. “It’s not something wrong with the person, they are just having trouble moving forward.”

Elisabeth eventually found the right support and feels that she has now moved on.

Peter was also counselled and now attends a social club for seniors.

“We get on very well together,” he says. “It’s like you are one of the family.”

Of course he still misses Deirdree, especially at home, but he is enjoying life again. He adds: “I’ve got to accept that Deirdree is no longer with us and I’ve got to make the most of my life that I have left.”