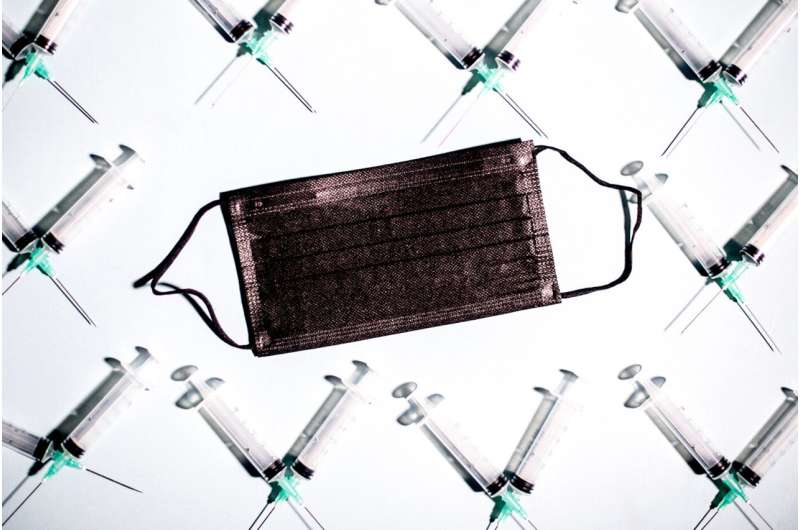 People who wear masks but won’t get the COVID-19 vaccine pose a public health conundrum―they are concerned enough about the coronavirus to cover their faces, but aren’t willing to take the next step by getting vaccinated.

Just who are they? Consequential enough to warrant attention because they comprise a substantial portion of the unvaccinated U.S. population, according to a new study from the COVID States Project, a collaborative effort by researchers from Northeastern, Harvard, Northwestern, and Rutgers.

“They do present an interesting puzzle,” says David Lazer, university distinguished professor of political science and computer sciences at Northeastern, and one of the study’s authors.

He offers one possible explanation for the seemingly contradictory behavior: “They’re worried about the vaccine, but they’re also taking some preventive measures to stop spreading COVID-19,” Lazer says.

Researchers’ curiosity was driven in part by how discussions of COVID-19 preventative behaviors often lump people into categories: namely, those who behave in ways that prevent the spread of the respiratory virus, and those who don’t.

But they found that such broad categories miss the complexity of who engages or doesn’t engage in behaviors that stem the spread of COVID-19, and why they do so. “Understanding this complexity is significant in getting people vaccinated, and in getting people to wear masks, particularly those who are unvaccinated,” researchers wrote.

The masked unvaccinated in particular drew researchers’ attention. They comprise 19 percent of the total U.S. population, and were more politically independent than the three other groups.

People who have had negative experiences with the healthcare system such as Black respondents were substantially over-represented among those in the masked unvaccinated category compared to their proportion in the overall population.

Individuals in the same group also tended to be significantly younger, with 63 percent under 45 years old. They were less college-educated, with only 16 percent having a college degree, and were mostly lower-income women who live in the South.

Contrast them to the biggest group in the survey―immunized people who wear masks. They comprise 60 percent of the total U.S. population and tend to share the following characteristics: They are more Democratic than the overall population and have a higher income. One-third have some college education, and are nearly evenly split between men and women.

There were also sharp differences between the groups over which institutions could be trusted the most to handle COVID-19.

People who were both regular mask-wearers and vaccinated placed significantly higher trust in doctors, hospitals, scientists, and the government compared to respondents who were unvaccinated; the latter ranked former president Donald Trump nearly on par with hospitals and doctors.

The findings would seem to reinforce stereotypes about the unvaccinated, but Lazer says the truth is more nuanced, pointing to prior Northeastern research into why people are vaccine hesitant. Concerns about safety and side effects topped the list.