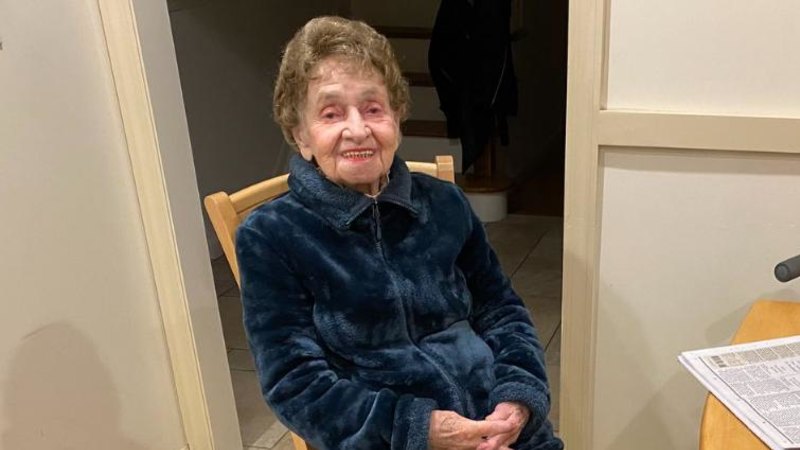 Libby Lashansky was 11 years old in 1941 when she was diagnosed with type 1 diabetes and sent home from a hospital in South Africa with a blood-sugar monitoring kit that required her to boil her urine.

There is no cure for type 1 diabetes, and doctors in her hometown of Johannesburg told Lashansky she probably wouldn’t live past the age of 15. 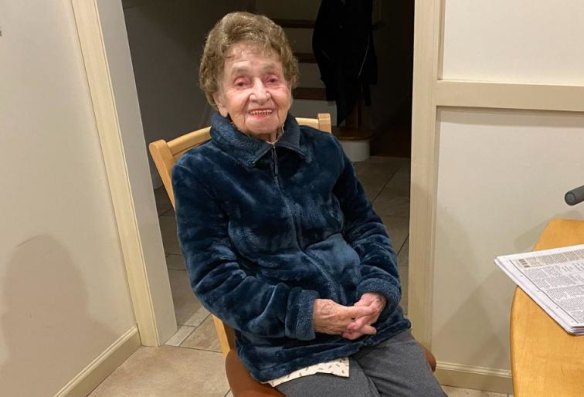 “Every day, I’m quite happy and amazed to still be here,” says Libby Lashansky, an American great-grandmother who has defied the odds by living to 92 with type 1 diabetes.Credit:Saul Brenner / Washington Post

“It was upsetting to hear that, but I accepted it,” she said. “Year after year, I expected to die.”

Eight decades later, Lashansky, now 92 and a great-grandmother, has outlived the doctors who told her she would die young. She went to medical school, became a doctor, got married and had two children – milestones she was told she’d never achieve.

Lashansky said she is believed to be one of the oldest people in the world living with type 1 diabetes, formerly known as juvenile diabetes because it is diagnosed most often in children. Those who have it produce insufficient insulin, a hormone the body needs to help blood sugar enter cells for energy use.

People with type 1 diabetes are now living longer thanks to medical advances, but Lashansky still belongs to a small club, said her son-in-law, Saul Brenner, 70. The average person with the disease now has a life expectancy of 65 to 72 years.

“She has truly beaten the odds,” Brenner said of Lashansky, who has lived with him and her daughter Gayle Brenner at their home on Long Island in New York for the past 20 years.

A recent study published in The Lancet medical journal found that there were 8.4 million people in the world with type 1 diabetes last year, and about 19 percent were 60 or older. Researchers who conducted the study also estimated that type 1 cases could double worldwide by 2040.

Lashansky said she decided from the beginning that the best way to prolong her life was to carefully watch her diet but to also enjoy living.

Her doctors and parents taught her how to test her blood sugar levels and give herself insulin shots, she said, and she learned to trust her own instincts.

“Back then, you didn’t talk about your ailments, so I kept my diagnosis secret from my friends,” she said. “I concentrated on watching what I ate and going to school.”

Lashansky said she was told not to exercise, which is the opposite of what doctors tell diabetic patients today.

“I was told it would upset my sugar levels, but I didn’t want to be seen as different, so I did it anyway,” she said. “I played net ball [basketball], and I was the shooter so I wouldn’t have to run around as much.”

She recalled that one early boyfriend gifted her with a box of chocolates, then became agitated when he learned she’d sneakily dropped them one by one to the floor.

“I pretended to eat them because I didn’t want to insult him, but when he looked down and saw all of these chocolates, that was it,” she said. “I never saw him again.”

For several years, Lashansky monitored her glucose levels by boiling urine over an alcohol burner and watching for colour changes after adding a chemical mixture known as Benedict’s Test. The procedure was named after the chemist who developed it in 1908. She later used urine test strips.

She was relieved when the advance of blood glucose test strips arrived in doctor’s offices in the 1960s and were followed by home-use finger stick devices in the early 1980s, she said.

Monitoring her health is much more accurate today with a glucose monitoring system that attaches to her abdomen and gives readings every five minutes, she said, noting that she also uses an insulin pen because her doctor told her she is too old to use an insulin pump to automatically deliver insulin to her body.

“I’ve seen many changes, but I’m especially happy that needles today are much smaller,” Lashansky said. “They’re so thin you can barely see them.”

It was her dream as a girl to become a dancer, she said, but after her diabetes diagnosis, she decided to go with her second career choice and become a doctor, graduating from the University of Witwatersrand in 1954.

Lashansky said she treated several patients with diabetes as a general practitioner in South Africa, but she never revealed that she was also dealing with daily shots and a restricted diet that limited sugars, refined grains and processed foods.

“I simply stressed that if they regulated their insulin and their diet, they could live a happy life,” she said.

When she married Benny Lashansky in 1957, she said she was told it would be too dangerous to her health to have children.

She ignored their advice and forged ahead.

“I was a little worried that [Benny] would be left to raise the children alone, but all went fine,” Lashansky said. “I had no problems at all during either of my pregnancies.”

One of her children, Gayle Brenner, now works as a pediatrician and said her mom is her inspiration.

“My mother has always been there for us and has never let her illness get in the way,” said Brenner, 63.

Lashansky retired from medicine after moving with her husband to the United States in 2002. Benny died this past August at age 95, and Lashansky now fills her time by tracking the milestones of her seven grandchildren and four great-grandchildren. She said she also attends lectures at senior centres.

“I have arthritis, so I’m not as mobile as I used to be, but I still love to socialise,” she said. “It’s important to stay engaged, but most of my friends have now departed.”

Even doctors who haven’t treated her are stunned to learn that she has thrived for decades with a disease that once predicted an early death.

“The fact that Libby has been able to successfully overcome the challenges of having type 1 diabetes for more than 80 years is nothing short of amazing,” said Thomas Grace, medical director of the Blanchard Valley Diabetes Center in Findlay, Ohio.

Before insulin was discovered to help diabetics in 1921, children who developed type 1 diabetes had an average life expectancy of only three years after they were diagnosed, said Grace, who also has type 1 diabetes.

“For the longest time, early mortality was around two to five times higher in people with diabetes,” he said. “Libby’s story is miraculous to say the least, and an inspiration to those of us living with type 1.”

Lashansky said she is often surprised at how long she has managed to live a normal life. She credits her longevity to careful monitoring, common sense and the care and concern of her children and her husband.

“I’ve been lucky to have a such a loving family, and I’m very thankful that none of them have come down with diabetes,” she said. “It’s been wonderful to watch so many generations of our family grow up.”

As she approaches her mid-90s, though, she noted that old habits are hard to break.

“Two years ago, I had to buy a bottle of makeup and I automatically went for the smaller size, because I wondered if I would make it to the next year,” she said. “I’ve wondered that for years, and yet, here I am. Every day, I’m quite happy and amazed to still be here.”

Make the most of your health, relationships, fitness and nutrition with our Live Well newsletter. Get it in your inbox every Monday.

Most Viewed in Lifestyle