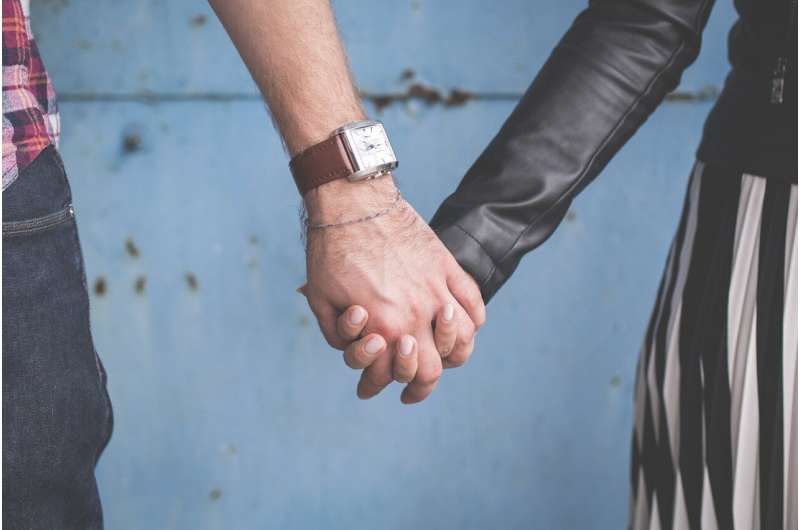 The term “sex addiction” is casually used to describe behavior that seems to have become more common, or at least is more commonly reported in the media.

Compulsive sexual behavior, or sex addiction, is classified by the World Health Organization as a mental health disorder. Behaviors associated with it are treated with techniques to help resist a temptation, urge or impulse. This is like many psychiatric disorders, including addiction to pornography or online sex services.

Sex behavior as an addiction

Sex addiction is a dependence on the reward experience of sex. Addiction is the consistent inability to abstain in controlling behavior or craving. It’s a disease of the brain that creates motivation to keep repeating an activity to fulfill relief and reward the brain.

Addictions come in many forms from heroin and alcohol to shopping and gambling. They often are circular with multiple cycles of relapse and remission. Without treatment or engagement in recovery activities, addiction is progressive and can result in disability or premature death. This is true for the sexually addicted person as well. Death can occur due to unsafe activity, disease, extreme jealous behavior or suicide.

Signs of sex addiction could include:

The statistics on sex addiction are difficult to determine accurately, partly because this type of addiction used to be ignored. Approximately 6% to 8% of U.S. adults could be classified as addicted to sex. This could be up to 24 million people.

The rate of sex addiction may be increasing due to increased access to sexual material, including pornography, apps devoted to hookups and sexual topics on the internet. A study found that 4.7 million U.S. adults spend up more than 11 hours per week looking at pornography online.

People often wonder if only men are affected by sex addiction. While it’s more common in men, women also can be addicted. Women may have a more difficult time finding help due to stigma, and they’re outnumbered by men in self-help groups.

What are some causes of sexual addiction? It’s important to first understand that the brain can become addicted to most anything that combines reward and avoidance. The more intense the reward experience, the more likely addiction will develop.

Researchers have found that alcohol addiction has a genetic component with many genes affecting a person’s risk. Addiction specialists suspect this may affect a person’s risk for other addictions as well. This is because chemicals in the brain, called neurotransmitters, carry messages across nerves. Under the right conditions, rewarding behaviors become addictive because of how the brain reacts to the neurotransmitters already there. A person’s age and stage of development also plays a role. Children and adolescents are significantly more likely to develop an addiction to drugs and behaviors.

The environment also feeds addictive behaviors. Many aspects of U.S. society attempt to capture and hold a person’s attention. The phrase “sex sells” has long been a mainstay of the advertising industry, evident on TV and the internet, and in print.

Pornography is well-established as a vehicle of sexual addiction. People are more vulnerable to addictive behavior under stressful conditions as they seek escape and avoidance. A history of abuse, especially sexual abuse, also can increase a person’s vulnerability.

Where to find help

Treating sex addiction is much like treating other addictions. Options include: