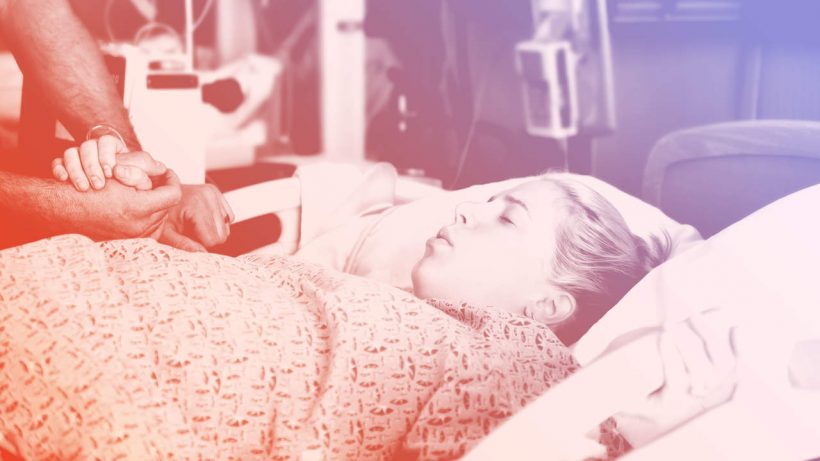 When it comes to giving birth, there are two main themes: that it's one of the most beautiful things in the world—and that it hurts like hell. Luckily, thanks to modern medicine, a little thing called an epidural can make giving birth much more bearable.

An epidural is one or more pain medications, called anesthetics, that's administered through a small tube (or catheter) placed in your back, next to your spine, according to the American College of Obstetricians and Gynecologists (ACOG). The medicine, which causes a loss of feeling in the lower half of the body, is given through the tube for as long as it's needed.

Christine Greves, MD, an ob-gyn at the center for obstetrics and gynecology at Orlando Health in Florida, tells Health that though epidurals are safe, there are side effects and risks—as there are with most medications. So here, Dr. Greves explains exactly what those side effects and risks are, since being aware of the possibilities ahead of time can help you decide whether an epidural is the right option for you.

What are the side effects of an epidural?

Some of the pain medications used in an epidural, such as opioids, can make your skin itch, Dr. Greves says. When opioid receptors in the brain are activated, these receptors then activate fibers that transmit itch information (or pruritus) to the brain, according to the National Institute on Drug Abuse for Teens. Your doctor might change the medication you're being given to alleviate this symptom, or they could give you another medication to relieve the itching.

It's normal for your blood pressure to fall slightly when you have an epidural, Dr. Greves says. According to a report by the Institute for Quality and Efficiency in Health Care, about 14% of women experience this side effect. This happens because epidurals affects the sympathetic nervous system, a series of nerves that spread out from your spine to your body that help control several involuntary body functions, including blood flow.

A drop in blood pressure can sometimes make you feel lightheaded and nauseous, Dr. Greves says. Some people are also more sensitive to opioids than others, she adds, and the body may try to vomit in response to the drugs. Ask your doctor if they can give you anything to help calm your stomach.

About 23% of women who get an epidural run a fever, compared to about 7% of women who don’t get an epidural, according to the report by the Institute for Quality and Efficiency in Health Care. However, Dr. Greves says, "We do not exactly understand why a fever can occur."

An epidural will numb the nerves that alert you when your bladder is full, Dr. Greves says. A catheter may need to be inserted to empty your bladder for you. But don't worry, you should regain bladder control once the medication has worn off.

What are the risks associated with an epidural?

If the epidural needle accidentally punctures the membrane that covers the spinal cord and fluid can leaks out, it can cause a severe headache, Dr. Greves says. Don't worry, she says it isn't very common, and if it were to happen, the headache can often be treated with oral pain relievers and fluids.

In some cases, a procedure known as a blood patch may be needed to seal the puncture. This involves taking a small sample of your blood and injecting it into the puncture. When the blood thickens (or clots), the hole will be sealed and the headache will stop.

Dr. Greves says that opioids can sometimes cause slow breathing or other breathing problems. You'll be monitored closely to watch for this, and if you do have difficulty breathing, your doctor will intervene.

There's always a risk of infection when an opening is being made in the skin, including by an injection. However, it’s unlikely you'll get an infection from an epidural, as the needle is sterile and your skin is cleaned before it’s inserted, Dr. Greves says.

In some cases, the epidural may not block all your pain. Dr. Greves says she actually sees this more often than most of the other risks mentioned in this article. She adds that the overall failure rate is about 12%. If an epidural doesn't work for you, you may be offered an additional or alternative pain relief method.

It's very rare, but the needle used to deliver the epidural can hit a nerve, leading to temporary or permanent loss of feeling in your lower body. Nerve damage can also be caused by bleeding around the spinal cord area and using the wrong medication in the epidural. According to the American Society of Regional Anesthesia and Pain Medicine, it affects only 1 in 4,000 to 1 in 200,000 people who have an epidural.

Be sure to alert your doctor right away if you experience any numbness or tingling after the epidural is supposed to have worn off.

Risks for the baby:

Research on how epidurals affect the baby is somewhat ambiguous, though the ACOG states that the use of opioids in an epidural block increases the risk that your baby will experience a change in heart rate, breathing problems, drowsiness, reduced muscle tone, and reduced breastfeeding. These effects are usually short term.

According to the American Pregnancy Association, it's possible a baby may struggle with latching on during breastfeeding if an epidural is used during delivery. Another potential side effect is that the baby might become lethargic in-utero and have trouble getting into position for delivery.