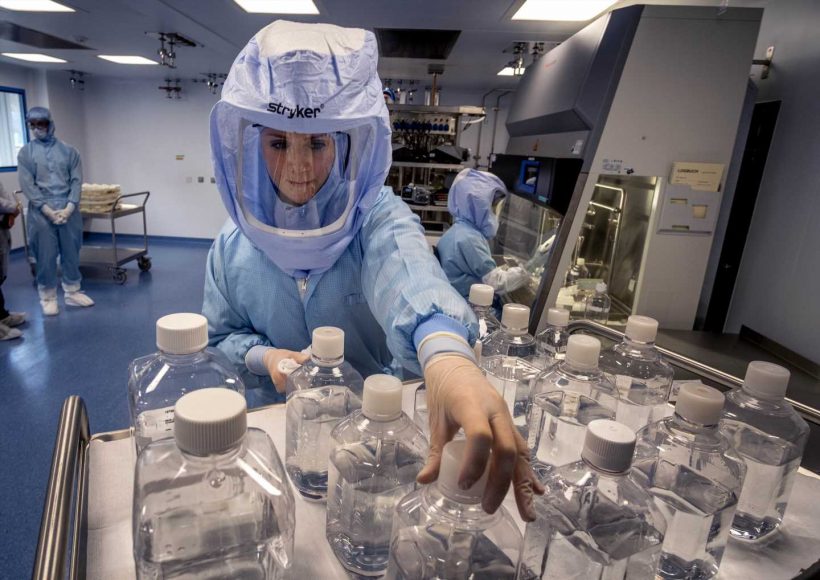 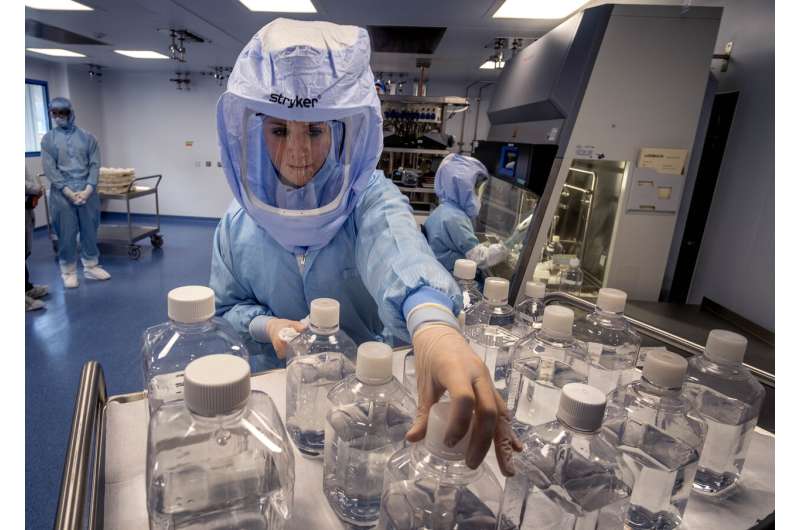 Slow out of the gate, the European Union has ramped up its COVID-19 vaccination efforts, with the distribution of the Johnson & Johnson one-shot product this week adding to the momentum amid doggedly high infection rates on the continent.

The EU’s vaccine drive still lags far behind that of Britain or the United States. Only about 1 in 5 of the bloc’s 450 million inhabitants have received their first shot—approximately half the U.S. share. But European officials say they have turned the corner.

“In the first quarter of 2021 only 10% of Germans were able to receive a first vaccination due to the shortage of vaccine,” German Health Minister Jens Spahn said this week. “We achieved the next 10% in just three weeks.”

France celebrated several vaccine milestones recently, including dispensing at least one dose to practically 100% of the country’s 700,000 nursing home residents.

And Italy, the Netherlands and other countries are pressing ahead with plans to begin dispensing the J&J shot, or are already doing so, after the EU’s drug regulatory agency Tuesday gave the green light for its use amid concerns over a rare type of blood clot seen in an extremely small number of recipients in the U.S.

“The numbers now are encouraging,” said Manfred Weber, a German member of the European Parliament, adding that the EU should be able to offer every citizen a vaccine by the end of the summer. 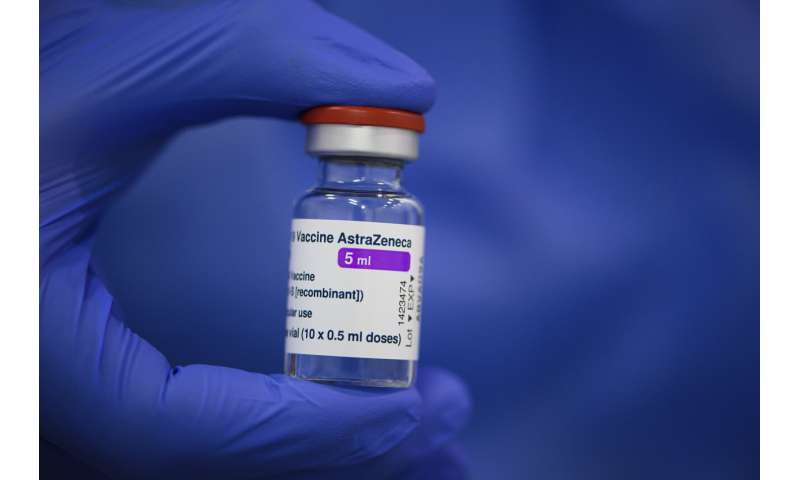 “If that works out, then I believe many Europeans will say, ‘OK, it was a bumpy ride and things didn’t work out at the start. But in the end we Europeans will be the first continent to be fully vaccinated,'” he said.

The uptick comes as countries across Europe grapple with a rise in infections that has pushed the EU’s overall number of coronavirus cases close to 30 million, while deaths recently passed 660,000, according to the European Center for Disease Prevention and Control.

Hospitals in many European countries are again under strain, treating increasingly younger patients with severe COVID-19 as older age groups benefit from the vaccinations. 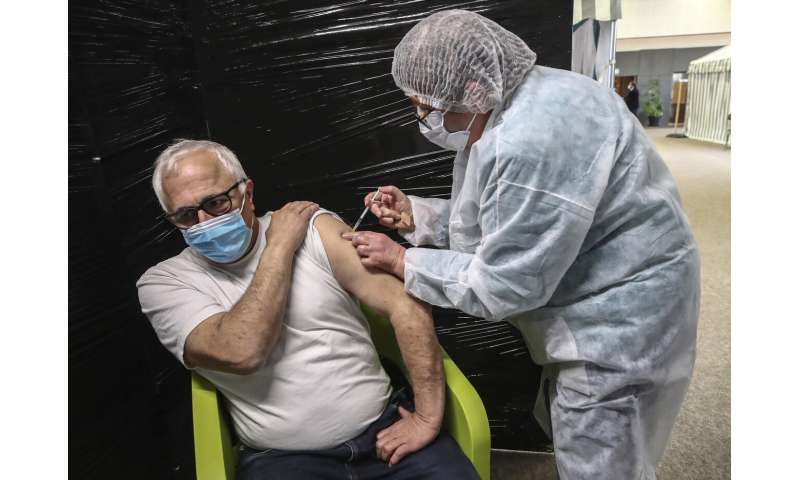 The vaccination drive on the continent has been dealt repeated setbacks, including production delays, concerns about the effectiveness of the AstraZeneca shot, and the clotting scare, which also involved the AstraZeneca vaccine. Both vaccines now been cleared for use in Europe, with regulators saying the benefits of getting inoculated against COVID-19 far outweigh the risks.

Merkel said Wednesday that the EU’s decision to jointly purchase vaccines for all its 27 members—fiercely criticized in some quarters as an abdication of national responsibility—had prevented “a brutal competition by larger, stronger and perhaps richer countries against smaller ones.”

“There would have been enormous potential for destruction” within the EU, she said.

In Germany, Spahn said the pace of vaccinations will keep picking up through the second quarter. The country of some 83 million people is administering about a half-million doses on weekdays, or about five shots every second, and it recently started offering vaccinations in some 55,000 doctors’ practices, meaning people aren’t required to go to special centers anymore. 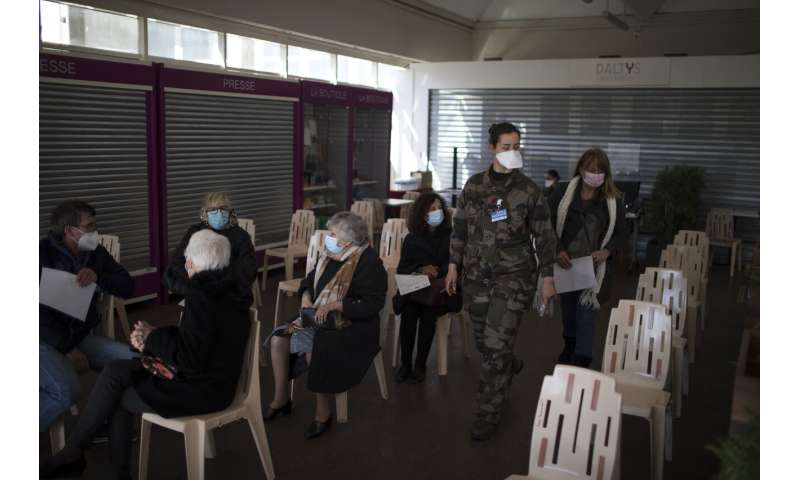 French President Emmanuel Macron, who was accused of stoking skepticism about the AstraZeneca vaccine after initially calling it “quasi-ineffective,” this week urged citizens to set aside their reservations about the shot after the European Medicine Agency deemed it safe.

There have been scattered signs that the AstraZeneca vaccine is struggling to regain the trust of some of those eligible to receive it—in France, those 55 and above.

French media reported that a vaccination center in the Mediterranean city of Nice had 4,000 AstraZeneca doses available for last weekend but attracted only 58 takers and closed early on Saturday. Health Ministry officials insist such examples are the exception.

Italy on Wednesday started releasing 184,000 doses of the Johnson & Johnson shot held in storage to regional vaccination centers. Poland and Luxembourg have begun administering the shot, while the Netherlands and the Czech Republic are expected to do so this week. 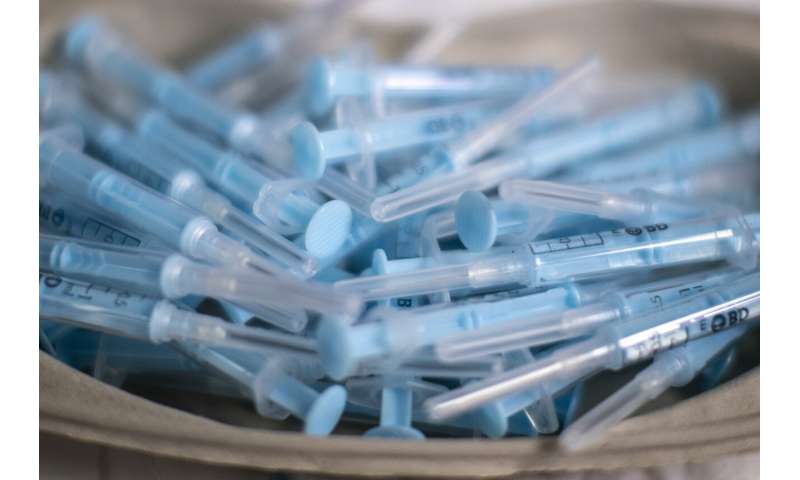 With stubbornly high numbers of new infections, EU member nations are taking a range of approaches to curb the virus’s spread while waiting for vaccinations to reach a critical threshold.

German lawmakers Wednesday approved uniform “emergency brake” restrictions for when the virus is spreading too quickly, replacing a patchwork of measures across Germany’s 16 states.

Areas where there are more than 100 weekly new cases per 100,000 residents will face a curfew, stricter limits on person-to-person contact and the closing of stores, museums and sports facilities.

Thousands protested against the plan outside Parliament in Berlin.

Other countries gave in to demands to ease pandemic restrictions amid growing lockdown fatigue.

“We really see the tension between the grim reality in the here and now in the hospitals and at the same time that cautious, optimistic outlook,” Dutch caretaker Prime Minister Mark Rutte said Tuesday, in announcing that a curfew will be lifted next week and bars and cafes will be allowed to reopen outdoor terraces in the afternoons for the first time since mid-October. 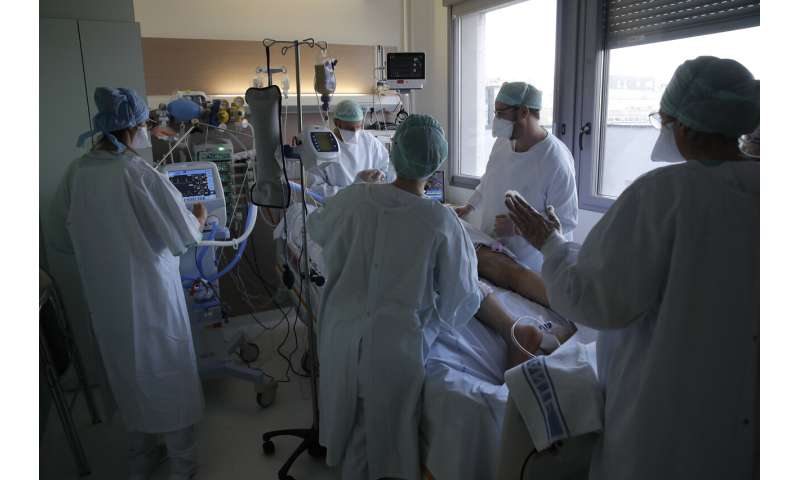 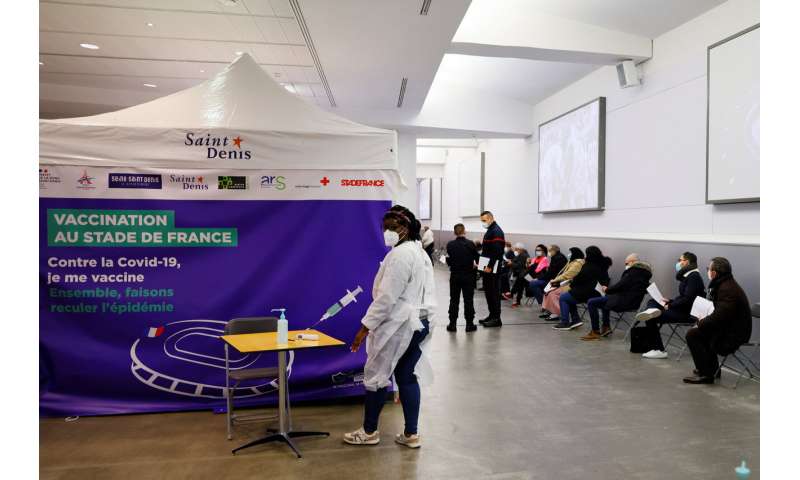 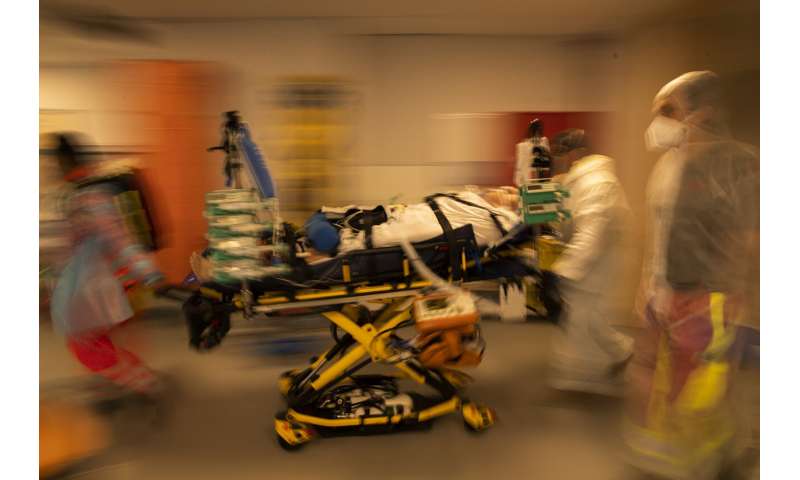 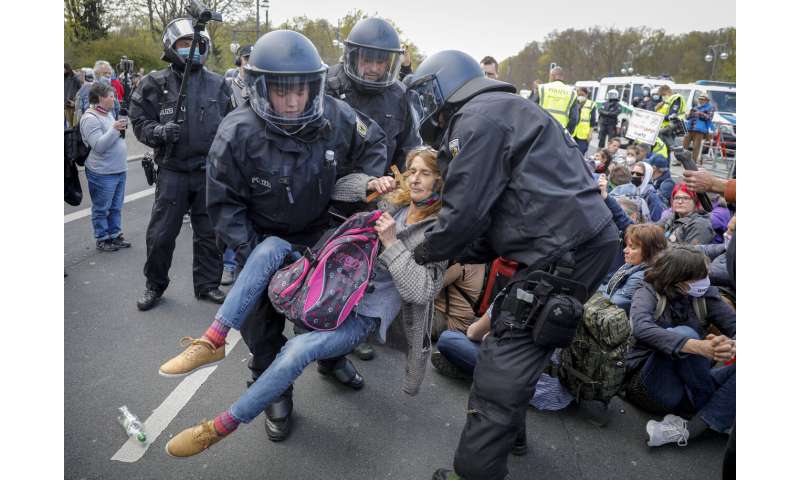 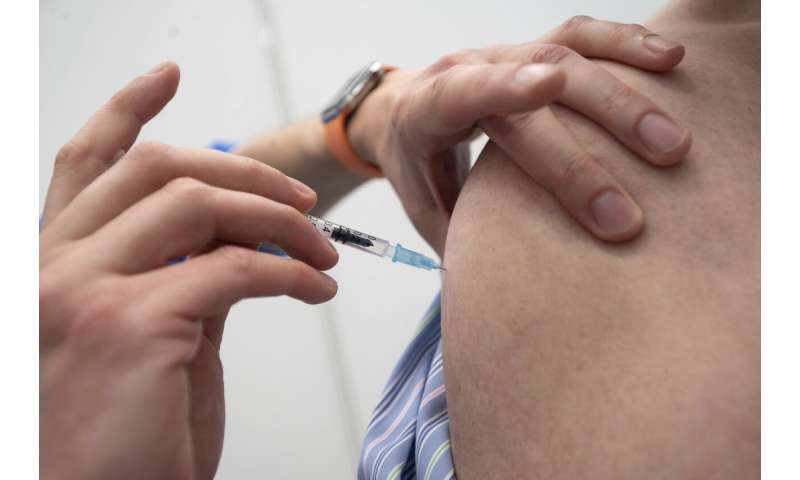 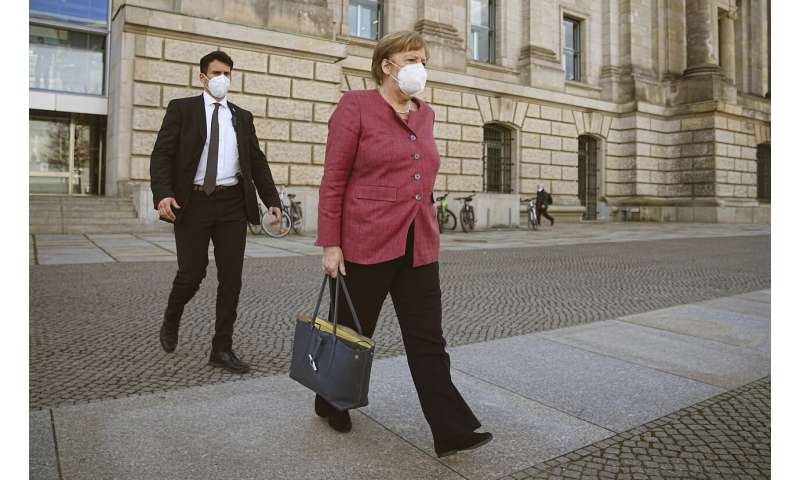 In Italy, schools can reopen for full-time, in-person learning and restaurants and bars can open for sit-down, outdoor service starting Monday in all but the highest-risk zones.

Sitting in the post-shot waiting room at a vaccine center in Rome’s Cinecitta film studios, where “La Dolce Vita” and other gems of Italian cinema were made, Patrizia Centa expressed relief upon receiving a first dose.