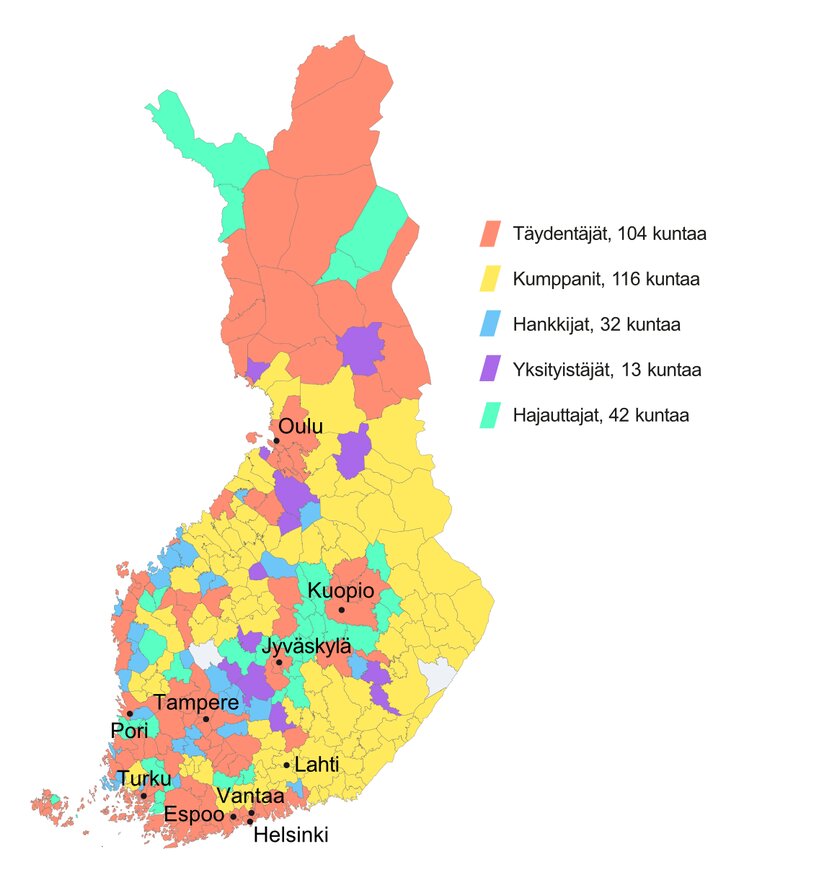 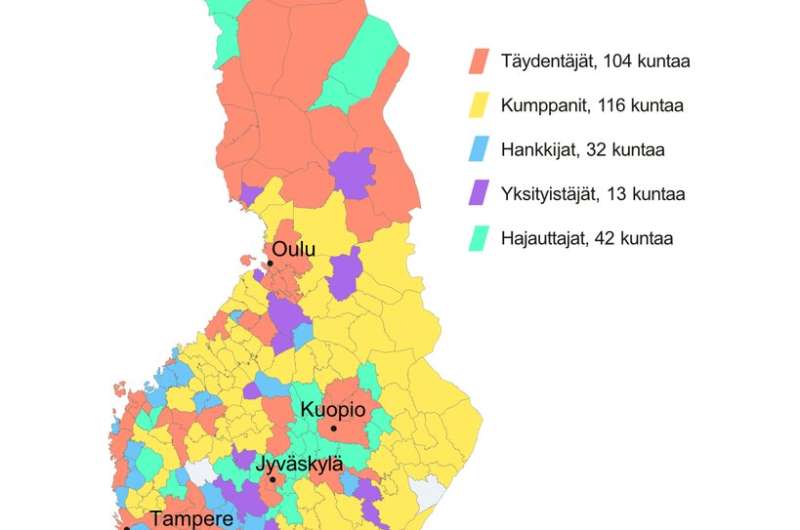 Recent research, now published in the journal Public Management Review, shows that the tight division between public and private services is not realistic and privatization of services does not automatically bring cost savings. Centralization is worthwhile, however: Large municipalities and municipalities providing services through joint municipal authorities often have lower costs.

The research results and the practical experience of the profitability of privatization of social welfare and health care services are contradictory.

For this reason, Aalto University School of Business professor Katri Kauppi and postdoctoral researcher Suvituulia Taponen from the University of Helsinki wanted to thoroughly examine how social welfare and health care services are organized in practice in Finnish municipalities and how the costs differ between the production methods of different services.

For the purposes of the research, they analyzed how the production of ten different social welfare and health care services had been organized in the 309 municipalities of Finland in 2016–2019 and whether the production method had a connection to the size of the municipality, proportion of urban areas and population structure or the costs of the services.

“The research shows that no municipality relies on purely public or private provision of social welfare and health care services. Instead, methods are combined and the same service can be produced in different ways,” says Katri Kauppi.

Based on the analysis, Kauppi and Taponen divided the municipalities into five groups:

The municipality supplements its own service provision by purchasing services mainly from the private sector and other third parties. These municipalities buy, for example, 42 percent from companies in housing services for persons with disabilities and 43 percent from special services for substance abuse services. In this group, a lot of child protection services are purchased, approximately 72 percent of the service production. The figures are averages of 2019 data.

Very small municipalities produce few of their own services. They purchase a significant amount of their services from companies and partly from other public actors.

Statistically significant differences in service production costs were found. However, the differences were not as significant as could be expected based on the contradictions in the public debate. In many services, Supplementers and Collaborators were able to cover lower costs than others, but not in all services. In 2019, for example, the average cost per inhabitant of outpatient health care services was EUR 461 for Supplementers and EUR 486 for Collaborators, compared to EUR 569 for Decentralizers. The background is likely to be the on average larger size of the Supplementer municipalities and the cost benefits of centralizing with partners.

In addition to the production model, the differences in costs are also explained by age structure: On average, the population of Supplementers is younger than that of other municipalities. The most significant social welfare and health care costs were incurred by the Decentralizer municipalities, which can be explained by the possible costs and overlapping functions related to the transition phase of the service production.

“The research results support the idea of cost-effectiveness of centralized services. When we compared the costs per inhabitant of different services, statistically most of the lower costs were found in Supplementers i.e. large municipalities, and in partners that had brought together the population volumes of several municipalities in a joint municipal authority. The cost-effectiveness of centralized services is one of the objectives of the well-being services counties starting on 1 January 2023,” says Suvituulia Taponen.