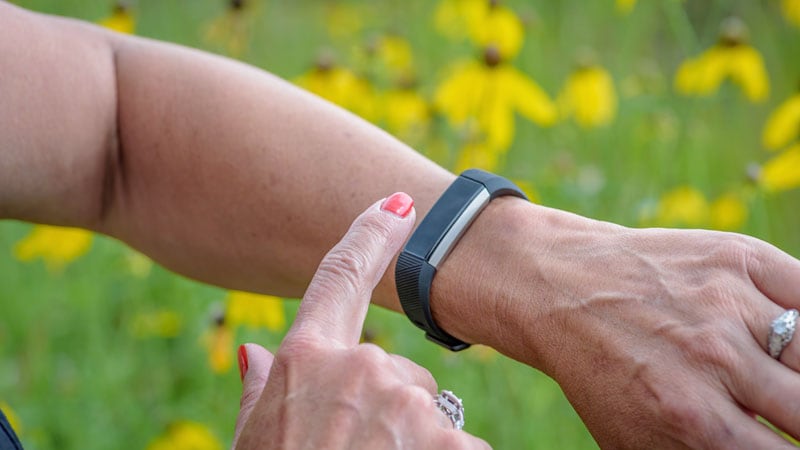 Fitbit users who took 10,700 steps a day had a 44% lower risk of developing type 2 diabetes than those who only took 6000 steps a day, regardless of age, sex, or body mass index (BMI), in an almost 4-year study.

The protective effect of daily step count on type 2 diabetes risk remained after adjusting for smoking and sedentary time.

“Our data shows the importance of moving your body every day to lower your risk of [type 2] diabetes,” said the lead author of the research, Andrew S. Perry, MD. The findings were published online December 2 in the Journal of Clinical Endocrinology & Metabolism.

The study was conducted in more than 5000 participants in the National Institutes of Health’s All of Us research program who had a median age of 51 and were generally overweight (median BMI 27.8 kg/m2). Three quarters were women and 89% were White.

It used an innovative approach in a real-world population, said Perry, of Vanderbilt University Medical Center in Nashville, Tennessee.

The individuals in this cohort had relatively few risk factors, so it was not surprising that the incidence of type 2 diabetes overall was low (2%), the researchers note. “Yet, despite being low risk, we still detected a signal of benefit from increased” physical activity, Perry and colleagues write.

“These results indicate that amounts of physical activity are correlated with lower risk of [type 2] diabetes, regardless of the intensity level, and even at amounts less than current guidelines recommend,” the researchers summarize.

The researchers aimed to examine this association over time, in a contemporary cohort of Fitbit users who participated in the All of Us program.

From 12,781 participants with Fitbit data between 2010 and 2021, they identified 5677 individuals who were at least 18 years old and had linked electronic health record (EHR) data, no diabetes at baseline, at least 15 days of Fitbit data in the initial monitoring period, and at least 180 days of follow-up.

During a median 3.8-year follow-up, participants made a median of 7924 steps/day and were “fairly active” for a median of 16 minutes/day.

They found 97 new cases of type 2 diabetes over a follow-up of 4 years in the dataset.

“We hope to study more diverse populations in future studies to confirm the generalizability of these findings,” Perry said.

This study received funding from the National Heart, Lung, and Blood Institute. Perry reports no relevant financial relationships. Disclosures for the other authors are listed with the original article.