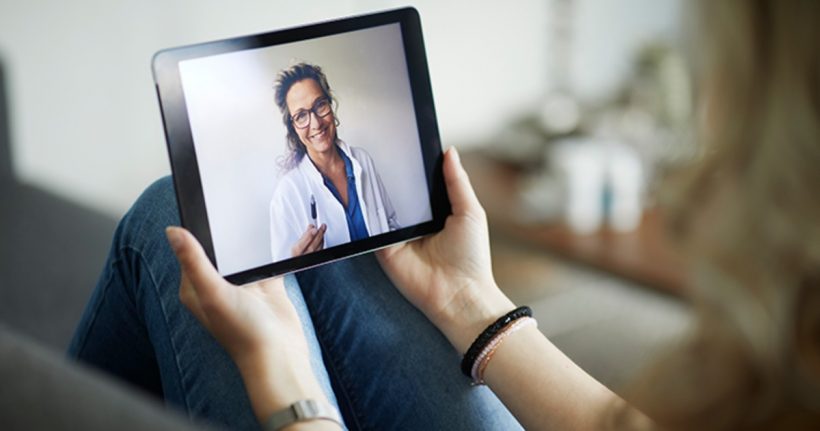 As the United States approaches its one-year anniversary of the COVID-19 pandemic beginning to disrupt normal healthcare operations, a question continues to endure: What’s next for telehealth?

The answer remains unclear on a federal level, with U.S. lawmakers recently reintroducing legislation that would take at least a few steps toward safeguarding virtual care.

In the meantime, though, state legislatures have taken action – and experts say their movement in this regard is unprecedented.   “I’ve been doing this a long time, and I’ve never seen anything like this,” said Claudia Tucker, senior vice president of government affairs at Teladoc, during the third installment of the American Telemedicine Association’s EDGE policy conference on Tuesday.

As Tucker described it, lawmakers in nearly every state have introduced about 300 bills in the last few months aimed at expanding access to telemedicine.

But, she said, not every one of those bills has equal merit. Some, for instance, require providers to see a patient in-person before allowing audio-only appointments – a move that legislators may not realize will have a chilling effect on care.

“State policy matters. When you put clinically unnecessary barriers to care [into place] through state policy … they can be a big deal,” noted Quinn Shean, managing director at Tusk Ventures/Tusk Strategies.

Shean also noted that many of the hundreds of bills being introduced engage with the “who, what, where and when” of telehealth: what types of providers can provide it, and which modality they can use.

“We’re seeing states catch up based on their experience in the pandemic,” she said.

Panelists throughout the day pointed to the double-edged sword of telehealth: It can enable patient access, but it can also deepen the digital divide.

“The idea that someone living in Appalachia can have access to one of the best oncologists in the country through telehealth is life changing,” said Tucker.

For instance, as Evan Hoffman, director of state and local government relations, pointed out, virtual care can be instrumental in helping keep struggling rural hospitals open. Telehealth tools, he said, “can beam [provider input] in to support rural hospitals and their efforts to engage patients. the flurry of bill volume cannot be understated in telehealth.”

At the same time, said Shean, “It’s going to be on industry and stakeholders to make sure we do use telehealth as a great equalizer.”

One potential make-or-break issue when it comes to equity is broadband access: whether patients are able to connect with providers at all.
“We have seen, especially in our lower-income areas … the disparity in accessibility widen,” said New York State Assembly member Pamela Hunter, D-Syracuse.

“We need to make sure that those who need accessibility in care –  the most vulnerable –  are able to utilize this up-and-coming … technological health delivery system,” continued Hunter. At this point, she said, “it really is not for everyone.”

Experts also pointed to coverage and reimbursement as pivotal issues for broader access after the COVID-19 pandemic.

“We’re going to have to talk about parity,” said Minnesota state sen. Michelle Benson, R-Anoka. “There is some concern that providers are going to have to be held accountable” for potentially inappropriately charging for services.

“I don’t know how that looks in statute,” Benson admitted.

“I hate it when legislators are overly prescriptive,” she continued, but maintained that some regulation would undoubtedly be necessary.

“There’s a huge focus on money, reimbursement, health plans,” she said. “It’s all about: ‘Where does the money go?'”

Telehealth, she argued, begets access, quality of care, and savings. “Let’s not forget that third one,” she emphasized.

“The flurry of bill volume cannot be understated in telehealth,” noted Hoffman. “It speaks to the tremendous opportunity before us.”

Shean added that the industry is, for the most part, past the need to simply prove the merits of telehealth.

Instead, she said, “We should be using this time of telehealth advancement to be rethinking … to really think bigger.”