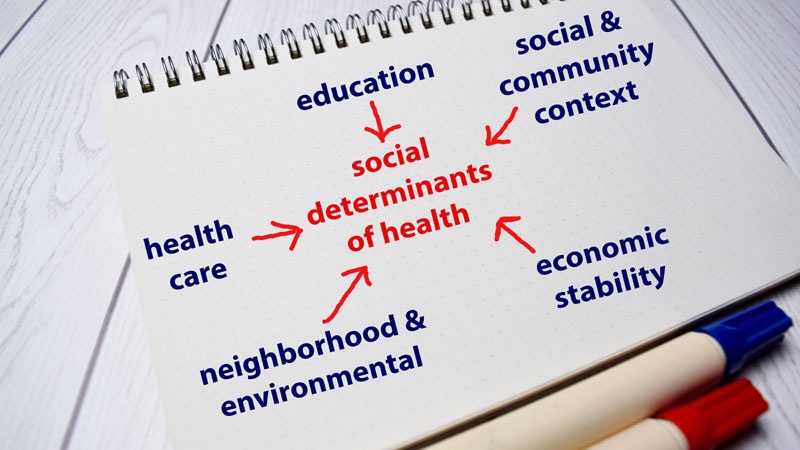 CHICAGO — To give a sense of how social factors affect someone’s health, Sarah Candler, MD, MPH, described this case: A 70-year-old woman with diabetes, rheumatoid arthritis, and high blood pressure and a high hemoglobin A1C, even though she’s on insulin.

This patient is on prednisone for her RA because she can’t afford better drugs, and she has been occasionally skipping her insulin, Candler said during her presentation, at the annual meeting of the American College of Physicians

Plus, her first language is Turkish, and she’s missed many doctor appointments because she lives too far from the center-city clinics, said Candler, who is the care team medical director at Iora Primary Care in Houston.

How are this woman’s needs supposed to be met in a fee-for-service system that allows medical staff 15 to 30 minutes to help solve her problems?

A panel of experts talked about potential policies and regulatory fixes that take into account the impact of “social determinants of health.” Some of these are gaining traction, but there is still a huge gap between how medicine in practiced in the United States and the health needs of people in the community, the panelists said.

“To me, it represents that at least we’re moving in the direction where we’re acknowledging directly that social environment matters,” he said.

The American College of Physicians’ Medical Practice and Quality Committee helped improve payment for telehealth, an important step for equity to the underserved, said William Fox, MD, at Fox and Brantley Internal Medicine in Charlottesville, Va., and chair of the committee for ACP’s Virginia chapter. But many policies require much more work, he said.

One aim is getting to universal health coverage — 31 million people in the United States still don’t have health insurance, a number that is greatly improved since the Affordable Care Act but has plateaued recently.

Another is to invest more in primary care — which accounts for about 5% of spending even though 35% of patient visits are to primary care.

Fox said the U.S. system also needs to evolve beyond fee-for-service, invest in information technology to bridge the gap between the access for the rich and poor, continue to expand telehealth, and reform payment programs to recognize social factors.

“The current finance system and the quality payment program are focused on downstream impacts of poor health,” Fox said.

Primary care needs to shed the expectation that it must show that it reduces costs in order to be valued, he continued. Care sometimes is necessary but doesn’t reduce cost. Also, cost reduction is often seen in the long run, but studied only in the short term, and therefore the evidence for cost reduction can be elusive.

What Can Internists Do to Help?

Candler said internal medicine physicians can do their part by collecting data on patients and staff and measuring outcomes to identify disparities. Additionally, they could run their practices with community and cultural needs in mind, she said.

“Some of that might mean hiring differently. Think about it — if you’re in a position to start building new practices, go where they need you,” Candler explained. “It might mean a little bit more of a commute for you. But your patients are already doing that with their untreated cataracts, so who’s safer on the roads?”

George Abraham, MD, MPH — president of ACP and professor of medicine at the University of Massachusetts , Boston, who did not present in the session — suggested physicians should be looking at their own practice style, location, and the way their practice runs, and see where there are opportunities to be more in touch.

“I’m sure we all have practices where we have a diverse patient population,” he said. What doctors can do is to specifically focus on their minority population and ask: ‘What do they experience that others don’t experience as my patient coming into my office?’ he said.

Abraham, who received his medical degree in India and is ACP’s first president who is an international medical graduate, pointed to ACP’s emphasis on diversifying the internal medicine workforce to reflect the communities.

Recent measures have included the creation of an ACP international medical graduate task force and establishing an antiharassment policy and reporting process.

“The conversation has started a lot more,” he said.