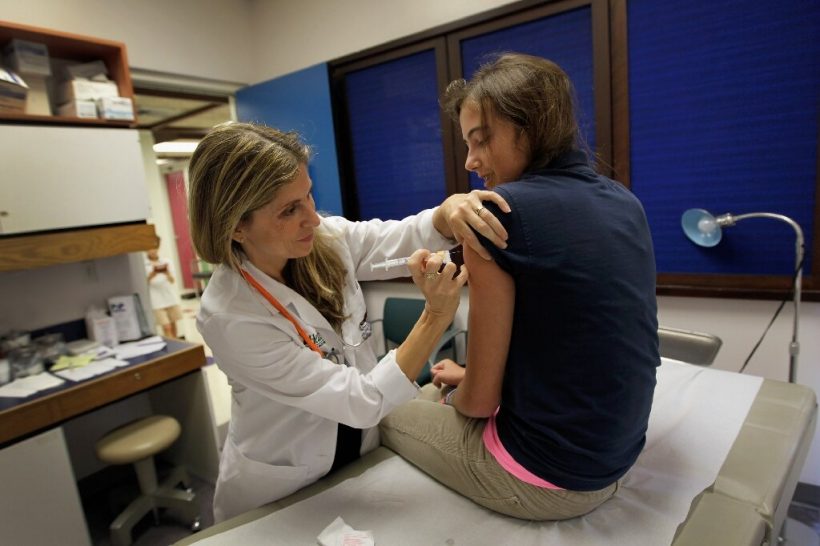 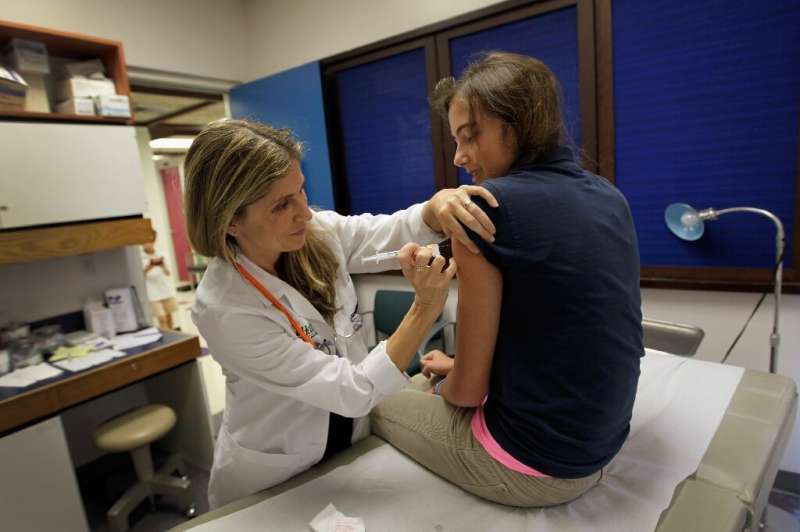 Cervical cancer cases plummeted among British women who received a vaccination against the human papillomavirus, according to a study published Thursday.

In comparing cervical cancer and precancer rates before and after an HPV immunization program was introduced in England in 2008, the researchers found a “substantial reduction”, especially among the youngest women to have received the jab, according to results published in The Lancet medical journal.

“Our study provides the first direct evidence of the effect of HPV vaccination using the bivalent Cervarix vaccine on cervical cancer incidence,” the authors wrote.

The estimated risk reduction was most notable among those who had been vaccinated at the earliest possible ages of 12-13 years old, with an 87 percent drop. Those immunized between ages 16-18 saw a 34 percent dip, the study found.

Cervical cancer, which is caused by HPV—a common sexually transmitted infection—is preventable with reliable and safe vaccines, and also curable if caught early and treated.

Last year, the World Health Organization launched a global strategy to eliminate the disease, which is one of the most common female cancers and kills hundreds of thousands annually. 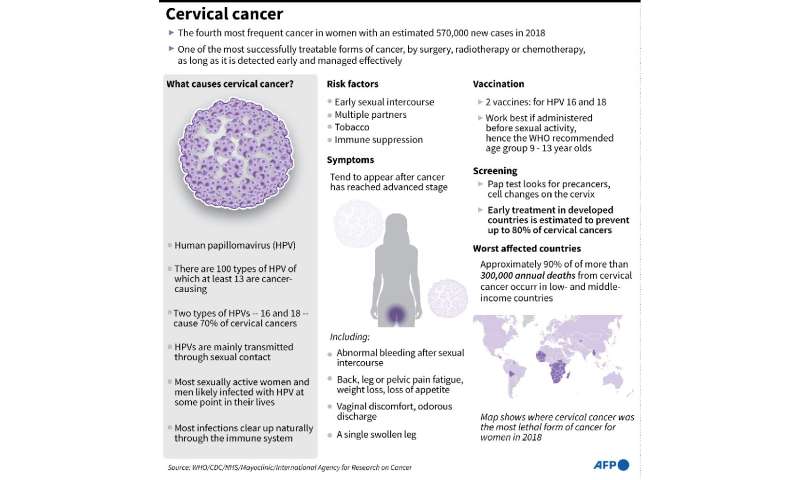 While the latest study appears to support the broad use of HPV vaccines, uptake and availability of the shots pose an issue, according to a commentary accompanying the results.

“Even in a wealthy country, such as England with free access to HPV immunization, uptake has not reached the 90% vaccination target of girls aged 15 years set by WHO,” wrote gynecologists Maggie Cruickshank and Mihaela Grigore.

“Covid-19 is an additional challenge to delivering HPV vaccination but only adds to a long list, including access to affordable vaccines, infrastructure for low temperature-controlled supply chains, delivery, and waste disposal.”