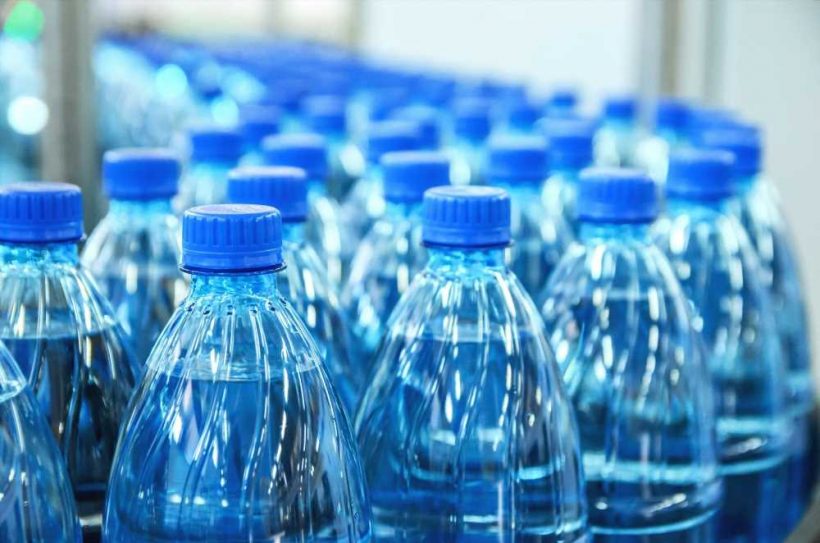 In many areas, bottled water (BW) is considered safer than drinking water from the public supply. This is due to the public perception that environmental contamination affects the latter but is avoided in the former. However, this is unverified by directly comparing contaminants present in the two types of supply.

A new study looked at over 500 contaminants and indicators of microbial activity in 30 brands of BW and found some evidence that this supposition might be unfounded.

BW is being consumed at higher levels worldwide than ever as people become more aware of the amount and type of contaminants entering drinking water sources. In the USA, drinking water comes from publicly or privately supplied tap water or bottled water. Several regulations govern these water supply chains, such as the Safe Drinking Water Act (SWDA) or the Food, Drugs, and Cosmetics Act. Still, private tap water supplies are not regulated as of now. Moreover, many chemicals originating from human activity contaminate ground or surface drinking water sources and are not covered by existing regulations.

Earlier studies by organizations such as the United States Geological Survey (USGS), the Environmental Protection Agency (EPA), and the Food and Drug Administration (FDA), have studied the presence and levels of contaminants in drinking water supplies, including organic, inorganic and microbial categories as well as mixtures of these, at the point of use. One study looked at exposures to these compounds in a cross-section of BW brands in the US. All such studies use uniform methods and analytic procedures to ensure they are directly comparable.

The study included 30 brands of BW in the USA, with the majority (23) being domestic. Most BW came from springs, while seven contained purified tap water. The scientists looked at several metrics, including 53 inorganic and 465 organic chemicals, 14 microbial markers, and estrogen receptor (ER) bioactivity in vitro.

What did the study show?

Some contaminants belonged to groups where the safe level of exposure is undetectable, termed maximum contaminant level goal(s) (MCLG) of zero, for susceptible groups such as pregnant women, children, infants, immunocompromised and elderly people. The detection of these contaminants at any concentration, including arsenic, uranium, and lead, is a red flag.

Importantly, these three chemicals were found in two-thirds, almost 60%, and over one in seven samples, respectively. Most of the samples found to be positive for these contaminants were spring water samples. In the current study, arsenic and uranium occurred in 70% of spring-sourced samples.

Arsenic was found exclusively in spring BW, and has been linked to some cancers, organ damage, cardiovascular disease, diabetes, pregnancy complications, and mortality risk. Uranium also was detected only in spring water and may cause kidney damage, bone damage, and in mice, ER activity. Lead was present in both tap water and spring-sourced BW and is linked to neurocognitive impairment in early life. Most lead in drinking water comes from plumbing pipelines from before 1986.

All detected chemicals were below the chemical quality standards for drinking water by current regulations (where such regulations are applicable). However, these standards may not reflect the actual levels at which human health may be impacted, because they are pragmatically established taking available technology and cost-effectiveness into account, as well as public health considerations.

Nitrate (associated with cancers, thyroid disease, and neural tube defects) and inadequate fluoride (prevention of dental caries) were also detected in many samples.

Other chemicals detectable in these samples, from the MCLG group, were organic byproducts of disinfection, mostly and frequently from tap water-sourced BW. Both spring- and tap water-sourced samples of BW also yielded sporadic positives for these byproducts and for volatile organic chemicals (VOCs). Pesticides were mostly not detected.

Screening levels based on precautionary health standards were often exceeded, mostly when disinfection byproducts were found in tap water, or organic and inorganic contaminant mixtures in spring water, used for BW.

Bacteria were directly detected in over 80% by counting, and 70% by growth on media. At least one pathogenic bacterium was detected by growth in culture in 80% of samples. Though most were compatible with drinking water quality, their presence could indicate how well the source and pipelines are disinfected and how long the treatment efficacy lasts in real life, before the water is consumed. These results could also help choose between chlorine- vs ozone- or ultraviolet-based disinfection treatments.

Overall, the probabilities of human risk were high when considering a mixture of contaminants, organic and inorganic, over time. Most were due to the presence of disinfection byproducts in samples of tap water treated by reverse osmosis (RO), which is known to reject low molecular-weight organic compounds such as trihalomethane.

“The results indicate that simultaneous exposures to multiple drinking-water contaminants of potential human-health concern are common in BW.” This shows how human activity has affected drinking water supplies. There is a need to better understand how such mixed and chronic exposures, albeit at low levels, could impact human health.

It also signals the need for better and wider quantitative exposure studies of drinking water that are both “environmentally realistic and directly comparable point-of-use exposure characterizations” useful to shape public health measures. The urgency is obvious since drinking water is a basic need for human life, making it a ready channel for pathological exposures to contaminants.

The results to date do not support market-driven perceptions of BW as systematically higher purity than public TW and emphasize the need for improved source-water protection, monitoring and characterization, and treatment options across all three pipelines.”