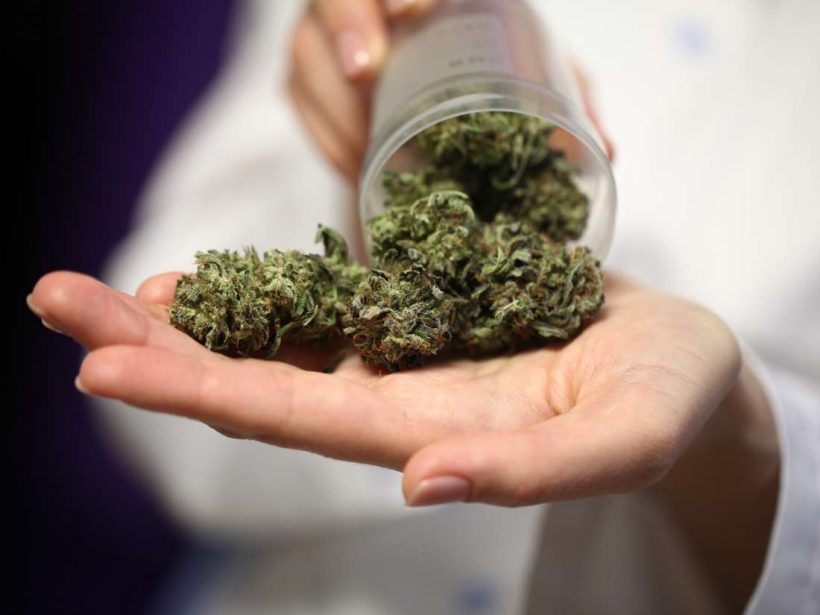 In recent years, the legalization of marijuana has become more widespread.

Some people use the drug recreationally, while some use it to relieve chronic pain and the impact of some mental health issues.

However, experts state that there needs to be more research into the effects of marijuana in older people.

Specifically, the scientific community needs to focus on educating the public on aspects such as potential effects and recommended dosages.

A Canadian Journal of Cardiology case report goes some way toward that. It examined a 70-year-old man who had a heart attack after eating a lollipop that was infused with 90 milligrams (mg) of tetrahydrocannabinol (THC) — which is largely responsible for marijuana’s psychological effects.

The man lived with stable coronary artery disease, and he was taking cardiac medication. He ate most of the lollipop and did so to help minimize pain and improve sleep.

Smoking a typical joint would expose a person to just 7 mg of THC, while a starting dose of a synthetic THC called dronabinol is only 2.5 mg. People with AIDS or cancer tend to use this version, and it can also combat nausea and encourage appetite.

“Marijuana can be a useful tool for many patients, especially for pain and nausea relief. At the same time, like all other medications, it does carry risk and side effects.”

The large amount of THC the man consumed caused him to experience anxiety and hallucinations. The strain that these effects put on his body is what likely caused his heart attack, by triggering a response in the sympathetic nervous sytem.

His cardiac event was demonstrated by a rapid heart rate, an abnormally high blood pressure, and the release of the stress hormone catecholamine. The man’s chest pain went away as soon as the effects of the marijuana had worn off.

Previously, there had been reports of similar incidences showing a relationship between cannabis consumption and acute cardiovascular adverse events. These have ranged from an irregular heartbeat to stroke, and even sudden death.

However, Dr. Robert S. Stevenson — who also works at Horizon Health Network’s Department of Cardiology — says, “Most previous research on marijuana-induced myocardial ischemia focused mostly on younger patients and did not focus on its different formulations and potencies.”

A word of warning

The doctors examining the most recent case have issued advice, particularly for older people who use marijuana.

They advise people to use the smallest dose possible for their chosen benefit. Anyone who has a cardiovascular condition or is at high risk of developing one should steer clear of THC. Instead, they can try cannabidiol, which is a nonpsychoactive alternative.

They should also take factors such as tolerance and consumption method into consideration. For example, a person who has smoked marijuana over a long period of time is likely to experience fewer distressing side effects than someone who is not used to the drug.

Similarly, eating a THC-infused brownie or lollipop would expose a person to more THC than if they had used a vaporizer.

With further decriminalization, it is hoped that scientists will work on conducting more research into the potential side effects of marijuana. For now, educating the public — especially aging members — should be a priority.

“For better or worse,” concludes Dr. Neal L. Benowitz, chief of the Division of Clinical Pharmacology and Experimental Therapeutics at the University of California, “providing advice and care to such patients who are using cannabis is now necessary for the provision of optimal medical care to these patients.”