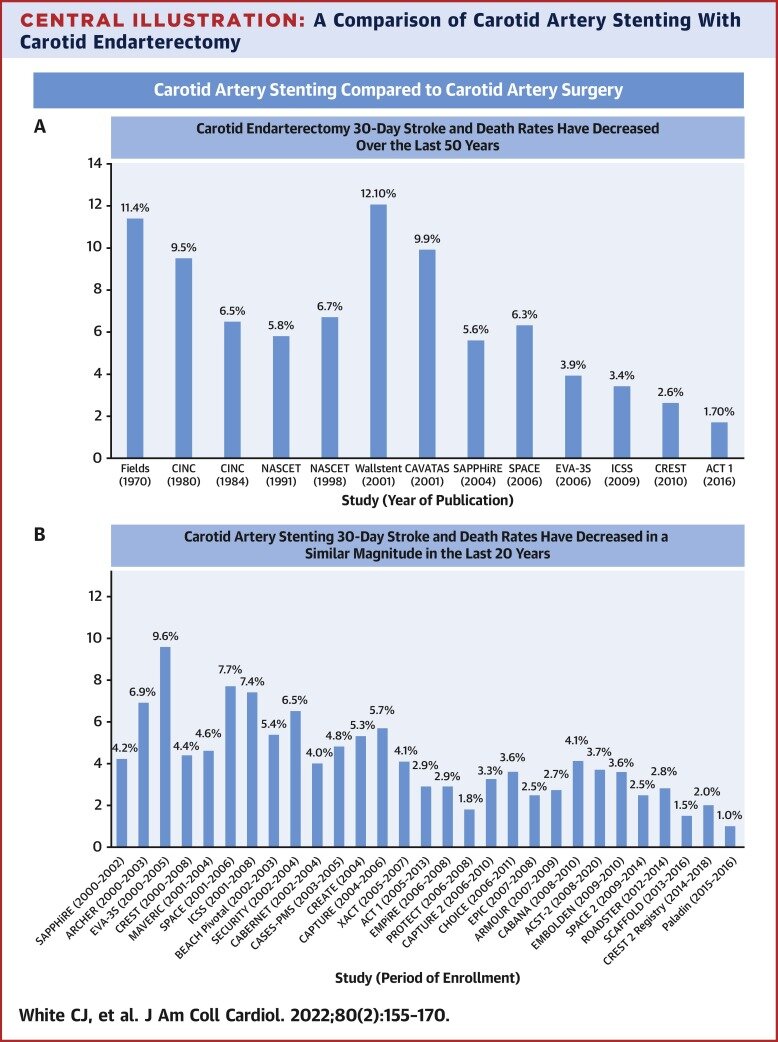 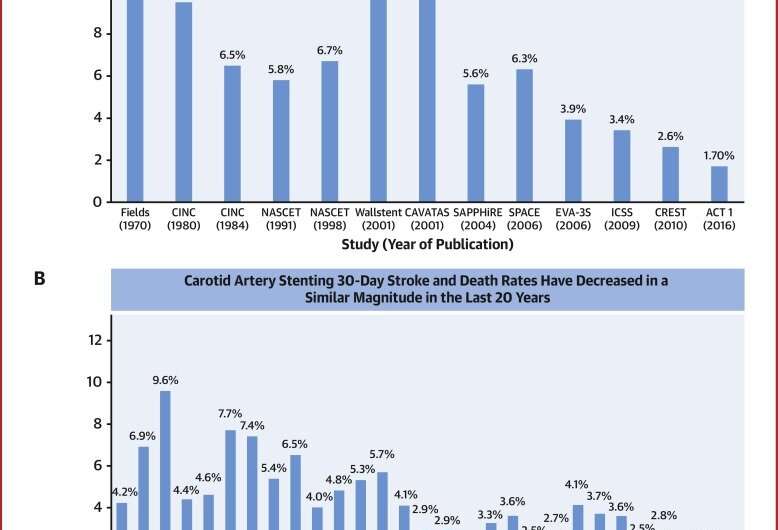 Research from Ochsner Health published in the Journal of the American College of Cardiology is likely to influence expanded insurance coverage for carotid artery stenting.

“Carotid artery stenting is a minimally invasive procedure compared to open surgery,” explains first author Christopher White, MD, System Chairman for Cardiovascular Disease Director and Director of John Ochsner Heart & Vascular Institute. “Overall, stenting and surgery are equivalent in patients who are good candidates for both, and the patient and their doctor should discuss which one is better for the individual patient.”

The paper analyzes several large, multicenter randomized controlled trials encompassing data from over 25 years and more than 10,000 patients to demonstrate that carotid artery stenting can be just as effective as surgery when it comes to long-term stroke prevention and durability.

The paper suggests that the current CMS coverage decision regarding carotid stenting is outdated and places Medicare patients at a disadvantage by restricting their options for less invasive treatment, and recommends expanding coverage to be equivalent to open surgery.

Current coverage is likely to be expanded in the near future to include coverage for carotid stenting that is equal to carotid surgery for: