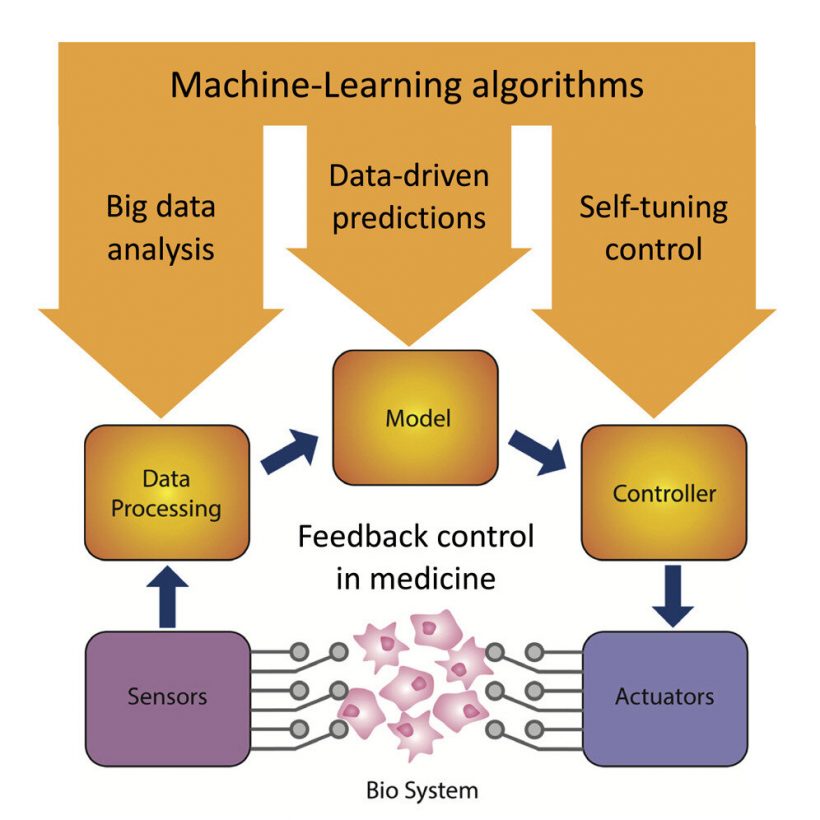 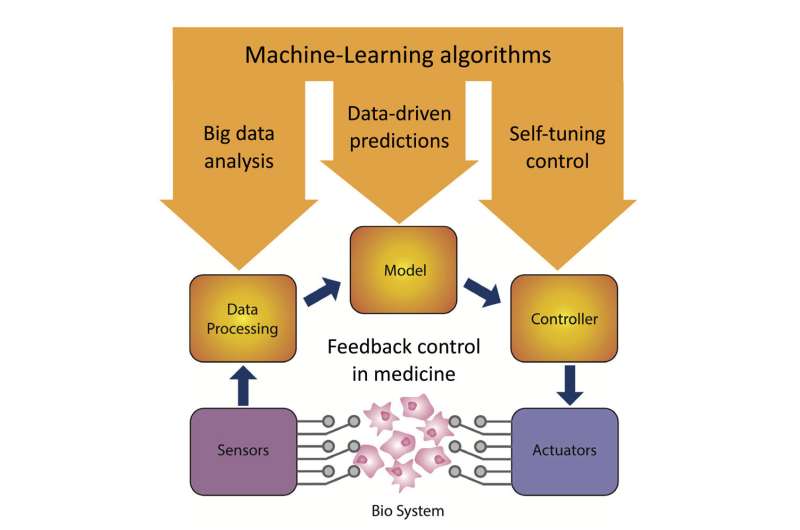 As a patient recovers from a wound, a doctor may watch over them, monitoring the healing process and prescribing treatments based on the body’s responses. But a wide variety of factors including diet, age, or diseases such as diabetes all play a role in healing, and monitoring these variables on a daily basis can be difficult for doctors, especially for chronic conditions.

In the face of these challenges, researchers at UC Santa Cruz are envisioning systems that could constantly monitor these complex factors as well as the ongoing responses of the body, and by way of a machine learning algorithm, suggest or even administer treatment.

This continuous response to metrics or tests is a form of feedback control—an engineering concept for comparing a variable to a target value. Control theory is commonly used in the engineering of dynamic systems, but much less so by doctors. Associate Professor of Applied Mathematics Marcella Gomez’s research focuses on bridging that gap, with potential to bring high quality healthcare to more people through machine learning algorithms that automate precision medicine.

In a new perspective published in the journal Cell Reports Physical Science, Gomez details a vision for how the field can move beyond static data to create systems that measure and monitor the real-time responses of the body to a variety of factors and use a machine learning algorithm to produce, and even in some instances carry out, a treatment plan. The article serves as a call to the relatively small and new community of researchers working on these problems to start to think about a broader scope of open challenges and questions in the field.

“You can get high quality care to a larger population, without having to extensively train doctors for decades,” Gomez said.

Right now, Gomez says, methods for using machine learning in precision medicine focus on leveraging static indicators: unchanging factors that are used to predict the outcomes of a disease or chronic wounds, such as the presence of a genomic mutation. This involves gathering historical data from past cases and using that to inform predictions of how a disease or wound might progress.

But the new study emphasizes the need to develop more data-driven methods to advance the modeling and control aspects of using machine learning to enhance precision medicine. This would mean more predictive models that are based purely on data, rather than trying to capture and model the full range of biological processes involved, which would be an extremely complex task.

She also wants to see the field move toward systems that are more adaptive and can change with the shifting needs of the body.

In traditional control theory, the engineer knows information about the dynamic characteristics of a system, and uses that to choose which controls are best suited for those particular characteristics. But, the complexity of the human body makes it difficult to pinpoint just one suitable controller. This requires a new way of envisioning control.

“You can think about using a machine learning approach where the controller adapts itself—it can identify if it’s not doing such a great job at achieving its goal and can thereby even adjust its own strategy in the way that it suggests treatments based on the input until it sees that it’s getting closer to achieving its goal,” Gomez said. “It will always look to optimize its own performance.”

Gomez says these improved algorithms could be used to expand applications of feedback control beyond existing work such as the artificial pancreas that continuously measures glucose levels and delivers insulin when needed. The algorithms can also enhance a human-in-the-loop system where a doctor reads the response of a monitoring system and administers treatment based on algorithmic suggestions.

She is collaborating on this research with Professor of Electrical and Computer Engineering Marco Rolandi, a coauthor on the perspective who designs sensors and actuators that they hope to use to actualize these concepts of feedback control, and Associate Professor of Electrical and Computer Engineering Mircea Teodorescu, an expert in bioengineering and robotics. The two researchers are currently applying these concepts to their project aimed at creating a novel smart bandage that speeds up the healing of serious wounds.

On December 6, Gomez co-led a National Institutes of Health (NIH) breakout session, titled “Scaling up Biocontrol Methods to Complex Biological Systems,” on this topic as part of the NIH’s Synthetic Biology Consortium Meeting.