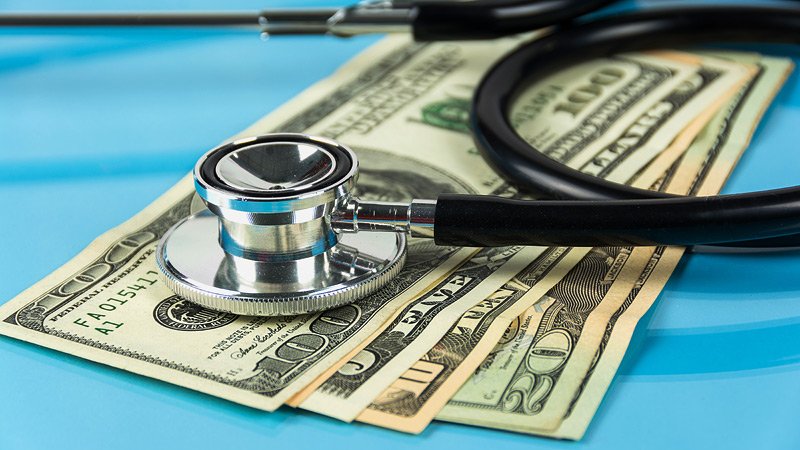 Because of the COVID-19 pandemic, physician spending in the fee-for-service Medicare program was $9.4 billion less than expected — a drop of 19% — in the first 6 months of 2020, according to a new analysis of Medicare claims data by the American Medical Association (AMA).

The economic damage from the pandemic has continued. In an AMA survey of 3500 physicians conducted last July and August, 81% of the respondents said their practice revenue remained lower than it had been before the pandemic. The average drop in revenue was 32%.

The AMA’s Medicare report assessed Medicare fee schedule payments to doctors. It excluded spending in the Medicare Advantage program, which covers about 40% of Medicare beneficiaries.

Medicare fee-for-service spending on physician services was $39 billion in the first half of 2020; the expected spending was $48.4 billion.

Spending recovered substantially after the first shock of the coronavirus pandemic but still remained down. For the week that ended April 10, it was 57% less than expected. At the end of June, it remained 12% below the expected level, the report said.

There were differences in spending with regard to major medical services, tests, and procedures. Evaluation and management (E/M) spending fell nearly 50% by late March in comparison with the expected level, then leveled off. Spending on imaging, procedures, and tests dropped until mid-April by 65% to 70%. By the end of June, spending was down 10% for E/M and imaging; it was down slightly more for procedures and tests.

At the height of the pandemic’s first wave, spending dropped in all major care settings in comparison with the expected levels. It fell 25% in skilled nursing facilities, 40% in hospitals and emergency departments, 63% in offices, 70% in hospital outpatient departments, and 90% in ambulatory survey centers (ASCs). Spending in various care settings remained 9% to 19% below expected 2020 spending at the end of June.

ASCs got hit especially hard, the report noted, because of delays in elective procedures, such as cataract surgeries and colonoscopies.

Among physician specialties, the cumulative reduction in spending from January through June 2020 ranged from 6% for nephrology, 14% for internal medicine, and 16% for family medicine to 19% for cardiology, 20% for general surgery, and 29% for ophthalmology.

Specialties with the smallest reductions in spending, the report noted, included those that provided care that was difficult to postpone (nephrology, oncology) or that could be provided via telehealth (psychiatry).

The cumulative spending reduction varied widely across states, from 13% in Oklahoma to 27% in New York. The biggest spending drops were in the Northeast and the upper Midwest; the decreases were much lower in the South and the Southwest. The pandemic was slower to spread in the southern regions, and social distancing was introduced later there than in the rest of the country, the report noted.

Telehealth accounted for less than 0.1% of total physician spending in the Medicare fee-for-service program prior to the pandemic, the reported noted. By mid-April, that had increased to more than 16%; by the end of June, it had retreated to 6% but was still way above the pre-pandemic level.

Most of the jump in telehealth spending was in three service categories: office visits–established patient; telephone calls; and mental health and behavioral health. About half of the telehealth payments were for what would otherwise have been office visits, as physicians scrambled to keep their practices going while in-person visits plummeted.

Overall, telehealth spending totaled $1.82 billion from March 16 to June 30, or 9.3% of Medicare physician spending in that period, the report shows.

It’s noteworthy that although there was hardly any spending on telehealth substitutes for hospital stays before the pandemic, telehealth accounted for $19.3 million, or 0.9%, of physician spending in the “hospital visits” category from March 16 to June 30. Although the report doesn’t say so, this probably refers to experiments with “hospital-at-home” care by some health systems.

The sharp decrease in Medicare physician spending, relative to expected spending, in the first half of 2020 may have had serious consequences for patient care, the report said.

“It is unclear how much of the associated drop in utilization of [Medicare physician fee schedule] services has been delayed or foregone entirely, and the consequences this disruption in care may have for Medicare patients’ health in the future,” it states.

As noted earlier, 81% of the doctors who took the AMA’s summer survey of physicians said their revenue remained lower than it had been before the pandemic. Of the respondents, 19% said the decrease was 50% or greater; 32% said the decrease was between 25% and 49%; 29% reported a decrease of less than 25%; and 19% said their revenue was the same as or higher than before the COVID crisis.

Although there seems to be a disjunction between these findings and those of the Medicare spending analysis, it’s important to remember that the latter focused only on Medicare fee-for-service claims, whereas the survey asked physicians about their entire business, including commercial, Medicaid, and self-pay revenues.

Sixty-four percent of practice owners said their spending on PPE was up from before pandemic. The average increase was 57%. Thirty-six percent of doctors said acquiring PPE was very or extremely difficult. Many of those were in smaller or physician-owned practices.

The vast majority of respondents said federal financial relief early in the pandemic was very helpful. This relief included the CARES Act, the Medicare advance payment program, and the Payment Protection Program. But more government relief is needed now, the AMA emphasized.