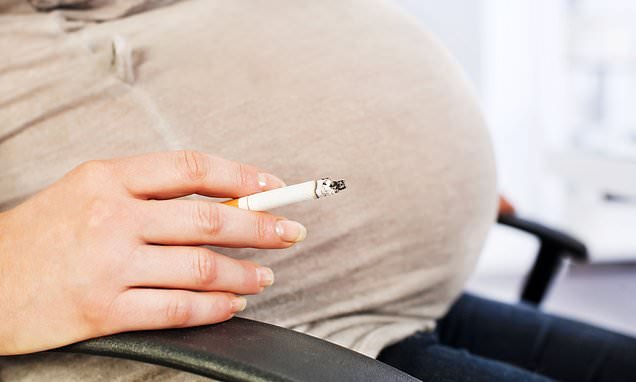 Pregnant women are smoking and drinking in private because they are ‘irritated’ by people’s reactions to the habits which are known to harm unborn babies.

Judgement from midwives has led women to feel ‘alienated’ and have ‘awkward’ relationships, research has found.

Victim-blaming needs to end, researchers claimed, and a stigma is more often based on moral judgement of the mother, instead of the level of risk to an unborn child.

Smoking and drinking during pregnancy is known to raise the risk of miscarriage or premature birth and can lead to disability in children.

There is growing pressure on the Government to take action, as latest figures show 10.5 per cent of English women are known to be smokers when they give birth. 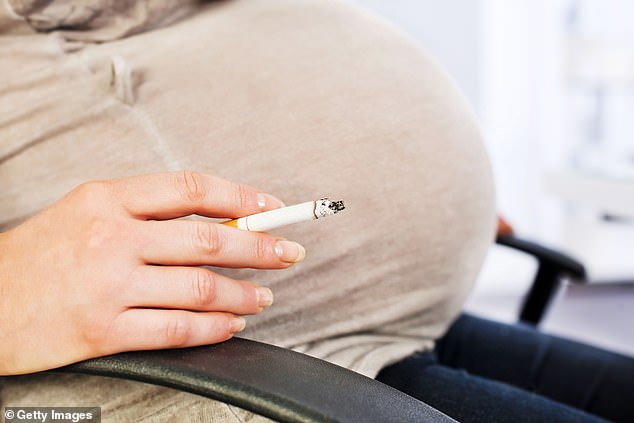 Pregnant women are smoking and drinking in private because they are ‘irritated’ by people’s reactions to the habits which are known to harm unborn babies, a study has found

Interventions to reduce smoking often rely on midwives identifying women who have the habit.

But women are often reluctant to disclose their habits because they are afraid of moral judgement, the research found.

‘I think some of them (midwives) can be a bit bossy can’t they? Don’t do this, don’t do that. Oh please, just shush,’ one participant said.

The study at the University of Cardiff involved 10 pregnant women from low-income deprived areas of south Wales, five of the whom had smoked during pregnancy.

The participants were interviewed on their views and own history with smoking.

Aside from the strong advice from the NHS to not smoke during pregnancy, many expecting mothers do not hold back.

One participant, who was using e-cigarettes, said: ‘Now I am pregnant again I’ve started having a few fags again. It’s like I’ve got a craving for smoke or something, it’s really weird. I’m not a heavy smoker but if I am in the house I’ll fancy like a little cig or something you know.’

Some women said they were also judged negatively by their partners who did not smoke, finding comments ‘upsetting and annoying’.

Some of the participants in the study said that they would make an immediate negative judgement of pregnant women who smoked in public.

But in their own home, they believe that it is ‘acceptable’.

A participant said: ‘I just don’t think it looks good when you’ve got bump on show walking around with a fag in your hand. If you want to do it in your house, that’s fine.

‘When I was pregnant with [youngest daughter] and [eldest daughter] I did smoke with them but it was in my own house, I never walked around out and about with one, it’s not the best look.’

WHAT ARE THE DANGERS OF SMOKING WHILE PREGNANT?

Cigarettes can restrict the essential oxygen supply to the baby. As a result, their heart has to beat harder every time the mother smokes

Increased risk of complications in pregnancy and birth

Baby more likely to be born too early and have to face the additional breathing, feeding and health problems that often go with being premature.

Baby more likely to be born underweight: babies of women who smoke are, on average about 8oz lighter than other babies. This means they’re more likely to struggle keeping warm and are more prone to infection

Each year, smoking during pregnancy in the UK causes an estimated:

Researchers came to the conclusion that smoking is a stigmatised activity, and said: ‘This stigma is not always related to the level of risk to the foetus, and instead can be seen as a moral judgement about women.

‘We urgently need to move from individualised neo-liberal discourses about the failure of individual smokers, to a more socio-ecological view which avoids victim blaming.’

Data from NHS Digital shows that 10.5 per cent of English women are known to be smokers when they give birth.

This figure shoots up to a quarter – 24.9 per cent – in North East Lincolnshire, 24.5 per cent in Blackpool, 23.3 per cent in Mansfield and Ashfield.

At the time of their first pregnancy assessment, 21 per cent of women in Wales smoke.

However the figures, released in December, could be higher, as women answering the questions might lie to avoid being judged.

Dr Aimee Grant, the lead researcher from Cardiff University’s Centre for Trials Research, said: ‘Moral judgements are commonly directed towards mothers through reference to health behaviour in pregnancy, and working-class mothers are particularly subject to this criticism, ignoring the challenges of living on a low income.

‘Our study shows that these looks and comments – including by members of the public – irritate and alienate pregnant women, making them less likely to seek help. No one wants to be judged and shamed.’

Smoking tobacco when pregnant has for years been known to be seriously damaging to the baby’s health, as well as the mother’s.

Children whose parents smoke are also more likely to develop asthma when they grow up. 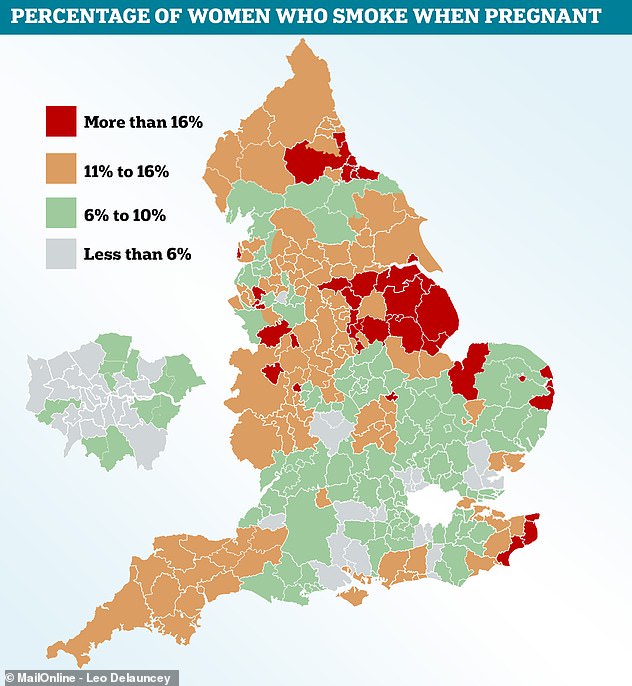 NHS figures show that women in the north-east and East Midlands (red) are the most likely to smoke while they’re pregnant – with the highest figure being 24.9 per cent in North East Lincolnshire – whereas women in London and the south have the lowest levels of smoking when expecting