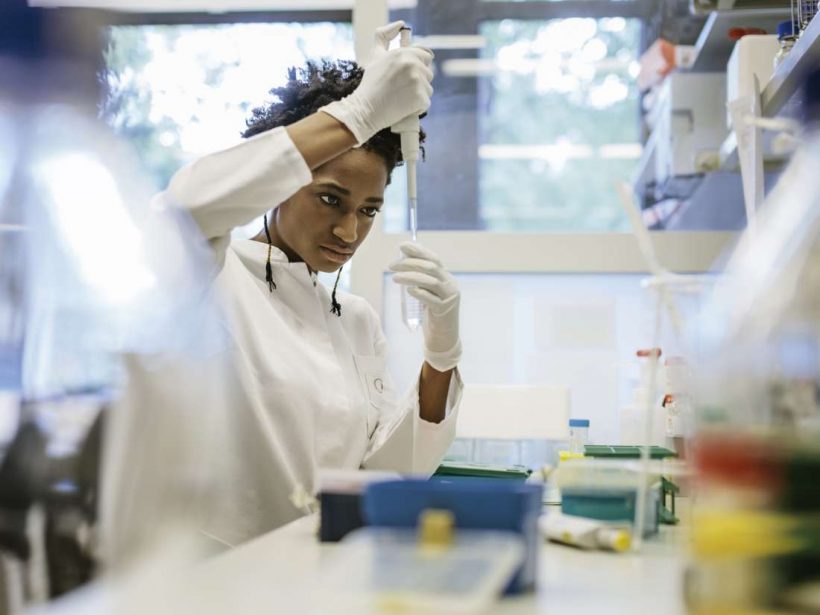 Immunotherapy is a type of treatment that focuses on boosting the body’s own immune response against cancer tumors.

This type of therapy has become more popular over the past few years, and researchers have made it a priority to understand better how cancer cells and specialized immune cells interact with each other.

In a new study, a team of researchers from the Abramson Cancer Center of the University of Pennsylvania in Philadelphia, PA has investigated how to “stimulate” macrophages to attack cancer cells.

Macrophages are white blood cells that form part of the immune system and whose role is to “eat” potentially harmful foreign particles, as well as to clear up cellular debris.

Cancer cells, the investigators explain, normally protect themselves against these immune cells by sending them a signal that translates as “don’t eat me” through a protein called CD47.

In the current research — the findings of which appear in the journal Nature Immunology — the team found a way of “rewiring” macrophages so that they would ignore CD47’s “don’t eat me” signal and start attacking cancer tumors.

The researchers explain that simply blocking the “don’t eat me” signals that the cancer tumors transmit does not always lead the macrophages to mount their attack.

For this reason, using a mouse model, the team tested out a method of activating and “priming” these immune cells to strike against the tumors.

“It turns out macrophages need to be primed before they can go to work, which explains why solid tumors may resist treatment with CD47 inhibitors alone,” notes the study’s senior author Dr. Gregory Beatty.

In their mouse models, the investigators used CpG, a type of short, single-stranded, synthetic DNA molecule that functions as an antitumor, immune-response stimulant to activate the macrophages.

Following this intervention, the researchers found that the mice with CpG-activated macrophages experienced rapid tumor shrinkage and had longer survival rates.

The team expected that — besides the initial CpG activation — the macrophages would also require a secondary “helper,” such as a CD47 inhibitor, to allow them to effectively “eat” the cancer cells.

However, they were surprised to see that even when the cancer cells expressed high levels of CD47, the macrophages they had activated were able to “ignore” the strong “don’t eat me” signal and go on to attack the tumors.

‘A shift in metabolism is needed’

To understand why this happened, Dr. Beatty and team analyzed the metabolism of the macrophages after activation. They noticed that these immune cells’ metabolic activity had shifted, and the macrophages were relying on both glutamine (an amino acid) and glucose (a simple sugar) for their energy requirements.

The researchers believe that it was this shift that let the macrophages deal with cancer cells effectively.

“Cancer does not shrink without the help of macrophages and macrophages need the right fuel to eat cancer cells and shrink tumors,” notes Dr. Jason Mingen Liu, the study’s lead author.

“To do this, a shift in metabolism is needed to steer the energy in the right direction. It is the metabolism that ultimately allows macrophages to override signals telling them not to do their job.”

Drs Beatty, Mingen Liu, and team suggest that researchers now need to do further work around macrophages and their metabolism. They explain that numerous drugs that medicine currently uses in the treatment of diabetes and cardiovascular disease, for instance, can affect the metabolic activity of these cells. However, it remains unclear how these interactions might affect the results of cancer immunotherapy.