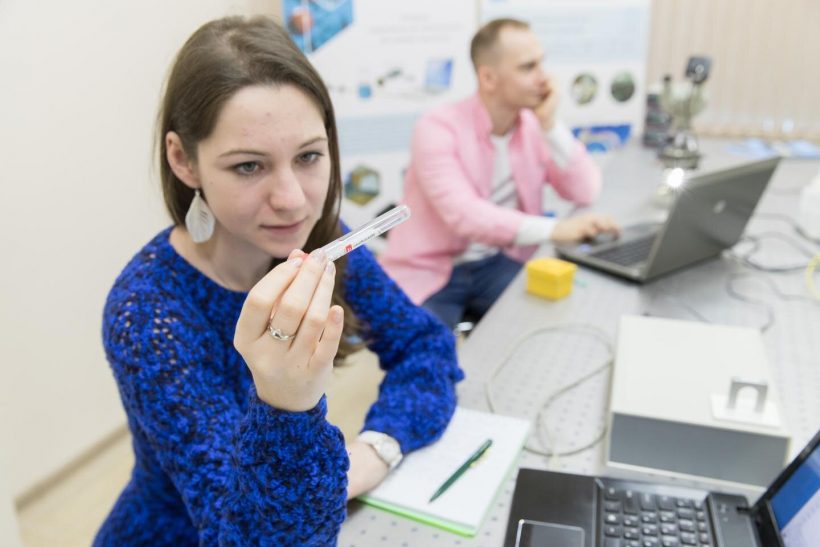 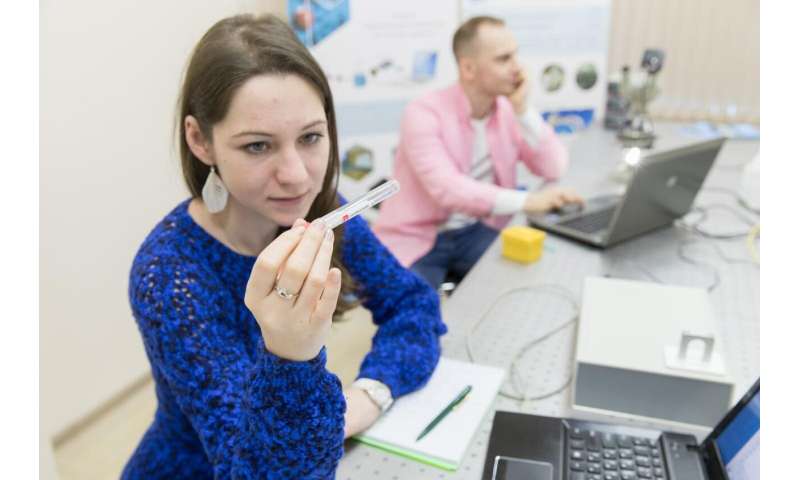 The results of the study were published inBiology. Scientists mentioned that this method is fast, contactless, safe and cheap. That why it could be used in blood screening studies, for example, as part of regular medical examinations.

According to scientists the increased (compared with the average) size of the immune complexes indicates the presence of diseases, and by itself can have a potentially negative effect on the state of the body. A high concentration of the newly formed immune complexes can disrupt the functioning of the immune system. These complexes can clog microcapillaries, or accumulate in the tissues, causing chronic inflammatory processes.

“We found out that the infection in the body leads to the formation of a large number of the immune complexes in the blood,” said Elina Nepomnyashchaya, an employee of the Laboratory for Laser Photometry and Spectroscopy of St. Petersburg Polytechnic University.

Elena Velichko, Head of the Laboratory of Laser Photometry and Spectroscopy SPbPU, notes: “Our method is quite fast, it doesn’t require the use of specific expensive antigens. Its work is based on the interaction of laser radiation with serum or plasma proteins. Using the developed method, we were able to trace the activation path of the immune system in the blood. Our results can be used in pharmacology for drug testing and in the modern preventive diagnosis of immune diseases.”

The research is carried out jointly with medical institutions in St. Petersburg (Russia). In future, the scientific group plans to conduct research with fellow biologists to determine how different substances affect the activation of the immune system.