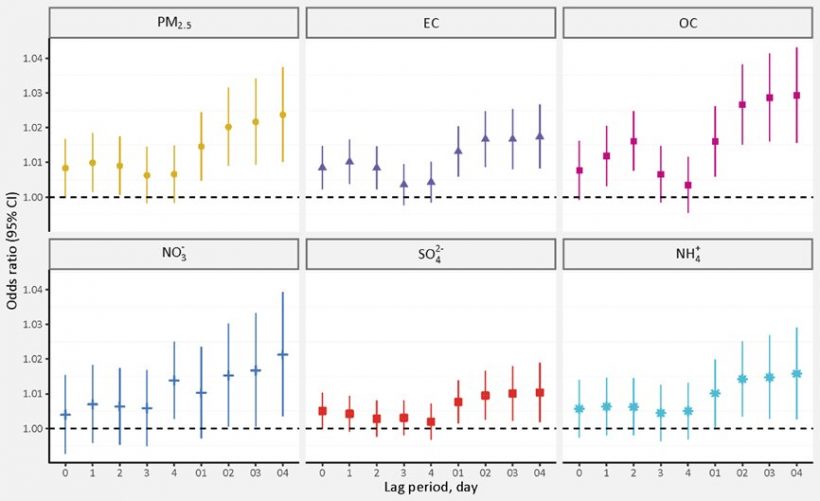 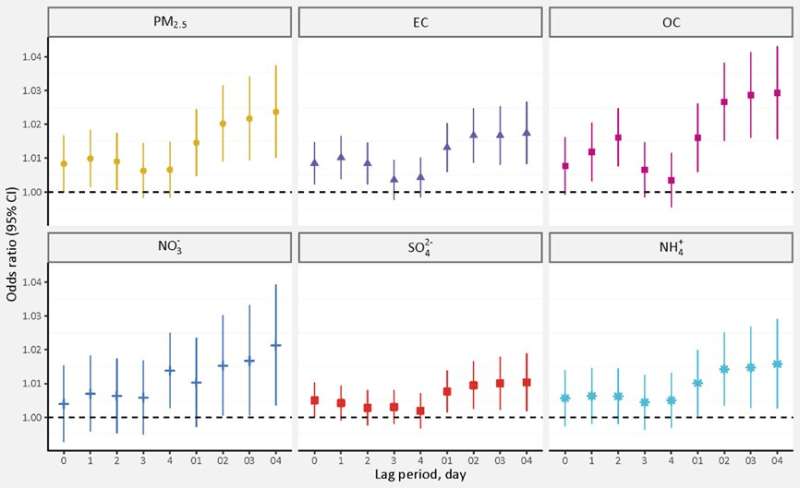 A growing number of studies associate increased mortality with exposures to specific constituents of fine particulate matter (PM2.5), while great heterogeneity exists between locations. In China, evidence linking PM2.5 constituents and mortality was extensively sparse. This study primarily aimed to quantify short-term associations between PM2.5 constituents and non-accidental mortality among the Chinese population. It was led by Dr. Zhang (Department of Epidemiology and Biostatistics, School of Public Health, Wuhan University of Science and Technology).

This study suggested that short-term exposures to PM2.5 compositions were positively associated with increased risks of mortality, particularly those constituents from combustion-related sources. In conclusion, this study contributes to an in-depth understanding of the acute health effects of short-term exposure to PM2.5 and its constituents in moderate to severe pollution scenarios. It provides essential evidence support for a comprehensive assessment of the death burden caused by particulate matter constituents.