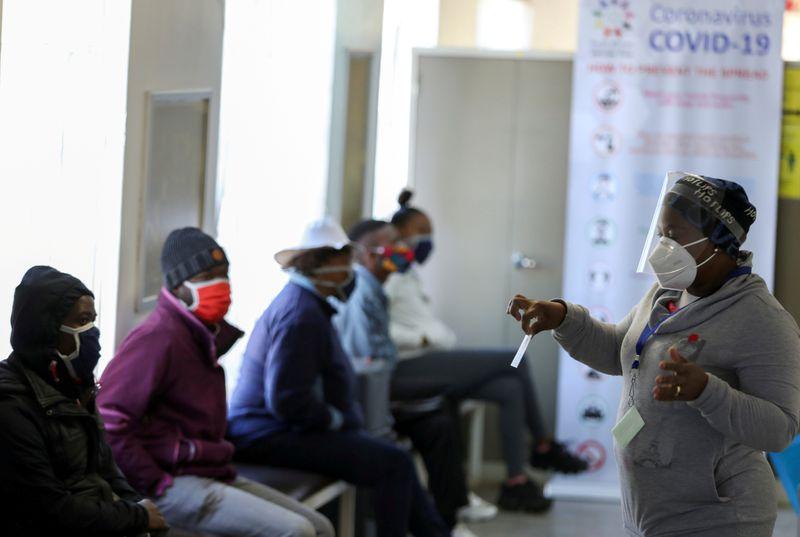 JOHANNESBURG (Reuters) – South Africa is looking at ways to deploy AstraZeneca’s COVID-19 vaccine after temporarily putting on hold plans to roll it out to healthcare workers, government advisers said on Tuesday.

The government had planned to start rolling out 1 million doses of the AstraZeneca shot later this month, but trial data published after they had arrived showed the vaccine offered minimal protection against mild-to-moderate disease caused by the country’s dominant coronavirus variant.

South Africa now plans to start its vaccination programme with Johnson & Johnson shots in mid-February, after the U.S. company promised to expedite deliveries.

Members of the government’s Ministerial Advisory Committee said the plan was not to discard the AstraZeneca shots. Rather, their use would be suspended until more evidence was available on whether the vaccine protects against severe COVID-19 from the 501Y.V2 variant, which is more contagious and currently accounts for more than 90% of the country’s cases.

“AstraZeneca may well have a place, it may well have a significant place. This is only a suspension, not turfing it out,” Professor Barry Schoub told Reuters. “We have got in South Africa a problem with the variant, it all hinges on that.”

Another adviser, Professor Salim Abdool Karim, told local TV channel Newzroom Afrika that a “two-step rollout” was being considered for the AstraZeneca vaccine.

After an initial round of vaccinations, hospitalisation rates would be assessed “and if we are happy that it’s within the range we want to see, then we continue with the rollout,” he said.

South Africa aims to vaccinate 40 million people, or two-thirds of the population, to achieve some level of herd immunity.

AstraZeneca’s chief executive said on Tuesday that his company believed its vaccine should still protect against severe COVID-19. The British-Swedish firm said earlier that it was adapting its vaccine to the 501Y.V2 variant.

Abdool Karim suggested on Monday that South Africa could start by giving 100,000 people the AstraZeneca jab to see how well it worked on preventing hospitalisation and death.

But Schoub said that was still under discussion.

It declined to name the price per dose, but said it could start supplying them if regulator SAHPRA granted approval for the vaccine to be used.