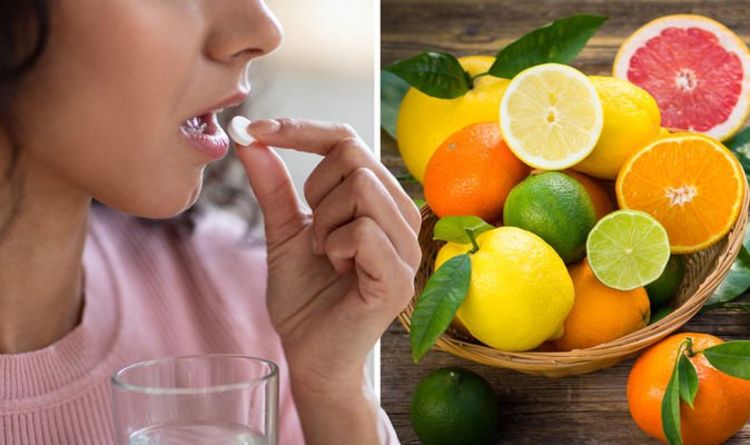 Statins: How the drug prevents heart attacks and strokes

Health institutions have greatly encouraged uptake of statins since it emerged the drug lowered the cardiovascular risk. But many remain apprehensive about the pill’s side effects, which usually include muscle pain, sleep disturbances, and feeling unusually weak. Research states that certain foods may emphasise these side effects by triggering a reaction with the drug. Doctor Laura Freeman, GP and Medical Director at Plant-Based Health Online breaks down which foods to avoid.

It has been firmly established that grapefruit juice interacts with statins.

This is because certain classes of drugs are metabolised in the intestine by enzymes that reduce the amount of the drug that enters the bloodstream.

Grapefruit, however, contains compounds called furanocoumarins that stop the enzyme from carrying out its function.

Doctor Freeman explained: “Grapefruit and grapefruit juice are best avoided if you are taking statins in particular, simvastatin, lovastatin, and atorvastatin.

READ MORE: Statins side effects: The ‘most frequently reported’ which can occur across the body

“Other citrus fruits such as pomelos, limes, and Seville organs may produce a similar effect and can also interfere with how the body processes the medication.

“This can result in having more of the medication in the bloodstream making side effects more likely.”

Of all the side effects involved in statins, myopathy is deemed one of the most dangerous because it involves damage of muscle tissues.

In severe cases, this can lead to kidney damage.

One beverage that can increase the risk of this side effect is alcohol, especially when consumed in large quantities.

Doctor Freeman added: “Alcohol should also be kept to a minimum and while most guidelines recommend 14 units or less per week, recent evidence states the safest limit for health to be zero.”

Those who do exceed the recommended intake of alcohol may expect fatigue, muscle pain, muscle tenderness or weakness, nocturnal cramping and tendon pain.

What’s more, drinking certain types of alcohol such as wine, beer or liquor can have a detrimental effect on a person’s health, by elevating cholesterol levels.

Studies have previously established that statins can reduce the risk of having a heart attack more or less to the same degree as a fast food meal increases it.

But the cholesterol-lowering drug doesn’t cut out all of the unhealthy effects of fast food or alcohol, both of which hike the risk of heart attack and stroke.

“If you are taking any kind of statin medication it is also helpful to consider what other foods could be reduced or eliminated,” added Doctor Freeman.

“Foods that are high in saturated fat (milk, butter, cheese, cream, ghee) and trans fats (fast foods, processed meats, snacks and baked goods such as pies, bakes and biscuits) should also be minimised as much as possible.”

As effective as statins are, it’s important to adhere to a cholesterol-friendly diet to optimise the drug’s effects.

Doctor Freeman concluded: “Whilst dietary choices are key to optimising cholesterol levels, it is also important to pay attention to other pillars of health.