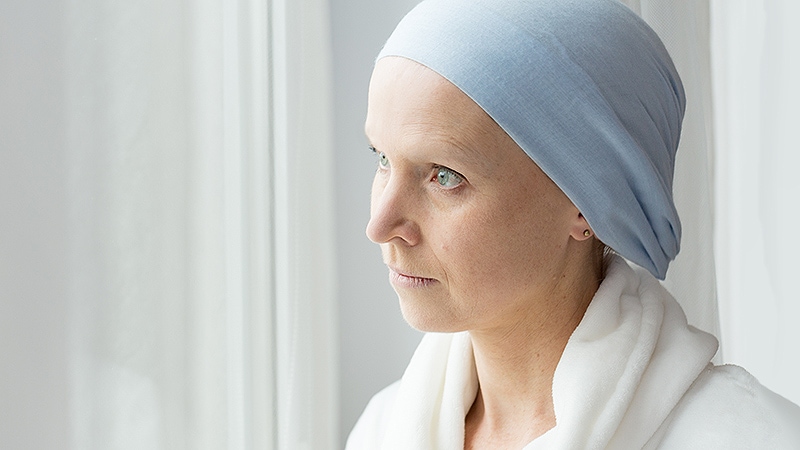 This is the suggestion from researchers reporting a new analysis of data from the SOFT trial here at the San Antonio Breast Cancer Symposium (SABCS) 2022.

However, in reacting to the report, experts said they were unclear about how earlier use of this test would be integrated into current management of breast cancer.

The new findings were presented at the meeting by Ruth O’Regan, MD, chair of medicine and Charles A. Dewey Professor at the University of Rochester, Rochester, New York.

“What we’ve typically done with BCI is use it later on, when you start getting into the decision tree of whether to continue your endocrine therapy or not,” she said.

But, she continued, “there’s no real reason that we couldn’t do it earlier.”

The new results suggest it could be used earlier to predict which premenopausal patients would benefit from OFS in addition to endocrine therapy.

As reported by Medscape Medical News, the women were randomly assigned to receive either tamoxifen alone, tamoxifen plus OFS, or exemestane plus OFS for 5 years.

After a median follow-up of 12 years, outcomes were better with exemestane plus OFS in comparison with tamoxifen alone, with a 25% relative improvement or a 3% absolute improvement in freedom from distant recurrence.

However, the combination of OFS plus an aromatase inhibitor has toxicities, and patients “can have difficulties with compliance, so it’s important that we work out which patients need this approach.”

To date, no genomic biomarker has been available to predict the benefit of ovarian suppression for premenopausal patients. Being able to do this is “critical” not just with regard to short-term toxicities but also with long-term toxicities, which have not yet been fully established, she commented.

So the team turned to the BCI. This test can either be used prognostically to determine an individual’s risk of late and cumulative overall distant recurrences (using both the Molecular Grade Index and the expression ratio of the HOX13 gene to the IL17BR gene [H/I ratio]), or it can be used predictively to assess the likelihood of benefit from extended endocrine therapy (using the H/I ratio alone). In addition, the BCIN+ test includes tumor size and grade for N1 patients.

The team set out examine whether the BCI predicts the benefit from exemestane plus OFS in comparison with tamoxifen. The hypothesis was that BCI High status would be predictive of OFS benefit, whereas BCI Low status would not.

The reseachers analyzed data on 1687 patients from the SOFT trial, of whom 573 had received tamoxifen alone, 551 had been treated with tamoxifen plus OFS, and 563 had been given exemestane plus OFS. These cohorts were representative of the overall patient population, O’Regan commented.

The results showed that BCI could predict which patients would benefit from ovarian suppression.

Contrary to expectations, however, the benefit was not in BCI High patients but in BCI Low patients.

Among women who were of BCI Low status, exemestane plus OFS was associated with a significant 52% improvement in disease-free survival over tamoxifen alone (hazard ratio, 0.48; P < .01), or a 12-year absolute difference of 11.6%.

Tamoxifen plus OFS was associated with a nonsignificant 31% improvement in disease-free survival in the same group of women.

O’Reagan said that it is not clear what the results mean, but they may point to “potential differences in tumor biology underlying the ovarian suppression response” in women of BCI Low status vs BCI High status.

Reacting to the presentation on Twitter, Hope S. Rugo, MD, said that the results are “hard to understand in the context of extended adjuvant endocrine therapy trials.”

However, Rugo, from the University of California, San Francisco, Helen Diller Family Comprehensive Cancer Center, wondered whether the unexpected results might be related to the menopausal status of the women.

Also reacting to the presentation, Polly Niravath, MD, a breast oncologist at Houston Methodist Hospital, Houston, Texas, who was not involved in the study, described the results as “surprising.”

She explained that BCI was “validated to predict tumors that benefit from extended endocrine therapy, due to endocrine responsiveness,” and the risk of late recurrence.

With BCI Low tumors, there is a higher risk of early recurrence, and so “augmented endocrine therapy in the first 5 years is more effective for these tumors.”

On the other hand, with BCI High tumors, there is a risk of later recurrence, “so the choice of earlier endocrine therapy may not have much of an effect,” although longer follow-up may be needed to confirm that, Niravath said.

She suggested that a “possible future algorithm” for premenopausal women with HR+ breast cancer might be to perform BCI up front and to assign those with a BCI Low score to OFS plus an aromatase inhibitor for 5 years.

Those with a BCI High score could be given tamoxifen alone for 5 years, followed by an aromatase inhibitor for 2 to 5 years for women who are naturally postmenopausal, or tamoxifen for a further 6 to 10 years for those who are still premenopausal.

Virginia Kaklamani, MD, co-director of SABCS and leader of the Breast Cancer Program at the UT Health San Antonio Cancer Center, Texas, who was the moderator of the press conference, said she was “pretty impressed with the results.”

However, she added that deciding whether to move the BCI test earlier on in the treatment paradigm is a “struggle.”

“For many patients, we do get a genomic score, whether it’s Oncotype or MammaPrint, to decide whether to give chemotherapy or not,” she explained. “Then you typically wait 5 years to potentially do the BCI to answer the next question of who will benefit from extended endocrine therapy.

“My concern is, if I do the BCI right after chemotherapy, will insurance companies pay for two genomic tests? Or is this going to be put onto the patient to pay for this? And these are expensive tests.”

Kaklamani added that the results need validating in further studies.