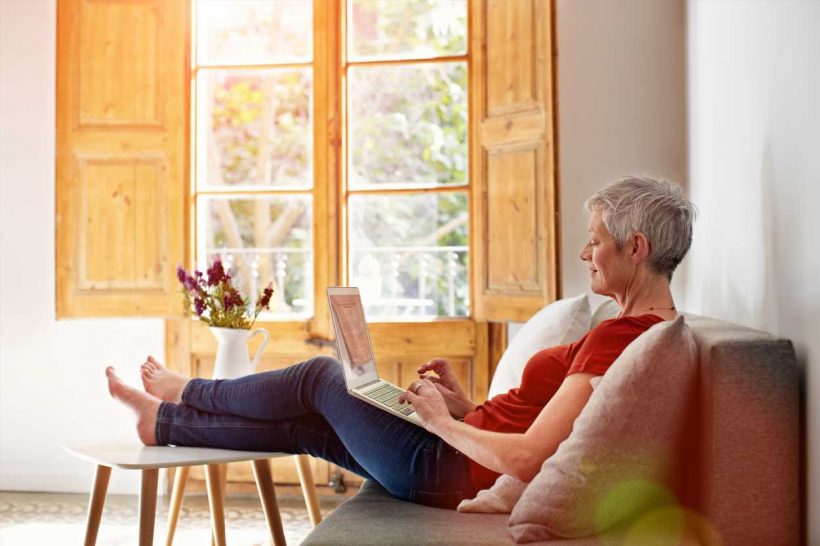 In its mildest form, the neurodegenerative condition is characterized by symptoms including memory lapses, getting lost, repeating questions, and misplacing things — behaviors that generally get more severe over time.

There are some risk factors that you can’t control. Such is the case with age. Every five years after the age of 65, a person’s risk of developing the Alzheimer’s doubles, according to the National Institute on Aging.

Genetic mutations are becoming increasingly important as a way to understand how Alzheimer’s develops, both in late-onset and early-onset.

In the case of early-onset Alzheimer’s, in which symptoms start showing in a person’s 30s, 40s, or 50s, the disease is caused by genetic mutations in one of three genes that are inherited from a parent, according to the NIA.

There is not a known mutation that causes the late-onset disease, but there are some gene mutations that increase — and others that decrease —  your risk.

Here’s the list of all the genes that have been linked with both early and late onset Alzheimer’s.

While genetics can play a role, so might the environment that surrounds your family, according to the Alzheimer’s Association. The organization noted that risk of Alzheimer’s increases if more than one family member has the disease.

When it comes to how genetics and a person’s environment relate to their risk of Alzheimer’s, there’s still a lot more research that needs to be done.

Unlike genetics and age, there are some risk factors you have some control over.

For example, managing other health conditions — diabetes and heart conditions such as high blood pressure, heart disease, stroke, and high cholesterol — may increase a person’s risk of Alzheimer’s disease, according to the NIA. More research is needed to understand these risk factors, and some clinical trials are already underway, but it the connections bolster the idea that what’s good for your heart could also be good for your head.

According to the Alzheimer’s Association, trauma to the head is potentially associated with an increased risk of the disease down the line. That’s based in part on observational research involving veterans from World War II. Those who had either moderate or severe brain injuries during their military service were found to have an increased risk of developing Alzheimer’s disease or dementia later in life.

Of course, the researchers noted, there could be other factors not taken into account in the study that might have influenced that association.

The AA recommends using helmets, wearing seat belts, and "fall-proofing" your home to decrease your chances of getting a serious brain injury.

A few lifestyle choices can also contribute to your risk of Alzheimer’s. According to the World Health Organization, smoking is associated with an increased risk of dementia and Alzheimer’s. Researchers think this has to do with the vessels that carry blood around our body and to our brains, which are also involved in things like stroke and heart disease.

Other unexpected factors can decrease your risk of the disease

Diet, exercise, social activity, and more have been all linked with decreased risk of Alzheimer’s and cognitive decline. In fact, there are several surprisingly easy ways you can lower your chances of getting the disease.

There’s still a lot we don’t know about the causes of Alzheimer’s, but there are some factors associated with an increased risk of getting the disease. For the most part, though, an increased risk doesn’t mean a person will necessarily get the disease —just that the chances are higher.

Here’s what the science has to say about the factors that influence your risk of Alzheimer’s and cognitive decline.

This file photo dated 04 November, 1991 shows US President Ronald Reagan giving a speech at the dedication of the library bearing his name in Simi Valley, California. He was US president from 1981 to 1989 and retreated from public life after it was revealed he was suffering from Alzheimer’s disease. (Photo by J. David Ake, AFP/Getty Images)

Glenn Campbell performs during The Goodbye Tour at the Ryman Auditorium on January 3, 2012 in Nashville, Tennessee. (Photo by Ed Rode/Getty Images)

Publicity close up of Hollywood actress Rita Hayworth wearing ornately decorated gloves and holding a cigarette in a cigarette holder.

Actor Peter Falk poses as he arrives for the premiere of his new film”Lakeboat” September 24, 2001 in Los Angeles. The film is an adaptationof David Mamet’s comic play about a grad student who takes a summer jobon a Great Lakes freighter and sees life through the eyes of hislow-brow crew members. The film opens in limited release in Los AngelesSeptember 28. REUTERS/Rose ProuserRMP/jp

SEE ALSO: 6 unexpected ways to decrease your risk of Alzheimer’s

DON’T MISS: Here’s how the Chan Zuckerberg Biohub picked scientists as part of its plan to cure all diseases