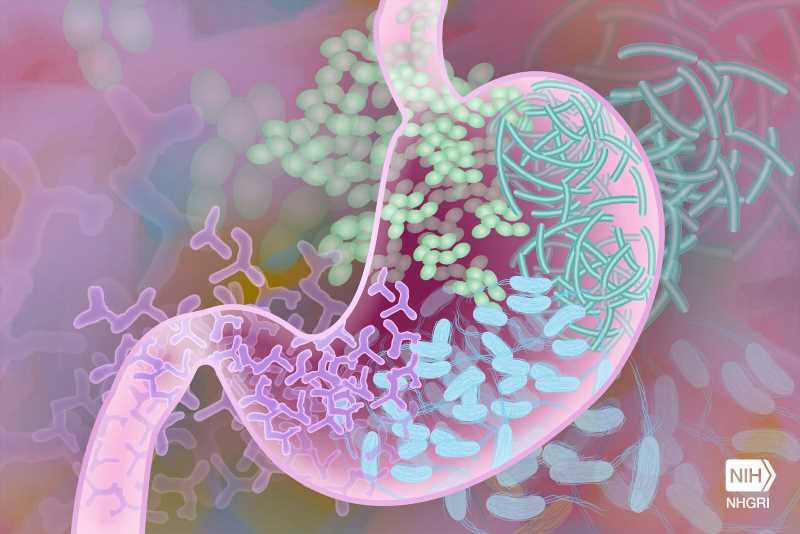 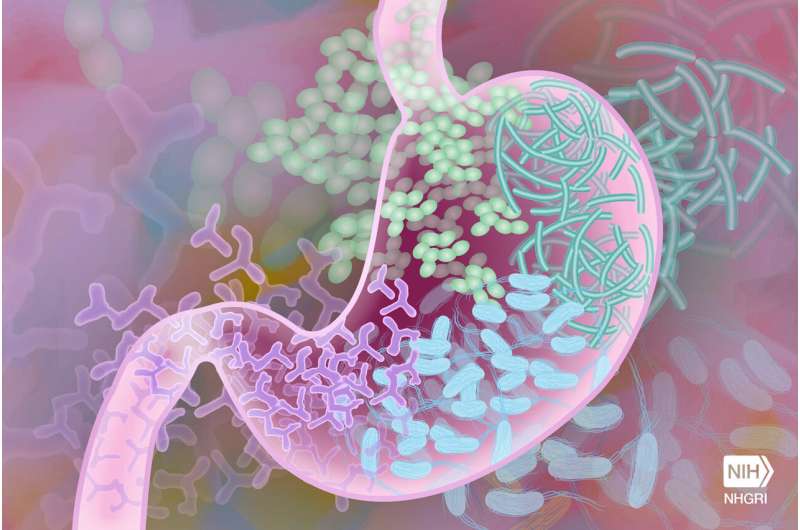 Immediately after birth, human infants begin to develop a complex, interwoven fabric of microbes in their gut. Known collectively as the gut microbiome, this diverse ecosystem consists of bacteria, archaea, viruses and fungi, numbering in the billions. All have important roles to play in health and disease and researchers are racing to better understand their enigmatic activities.

In a new study published in the journal Nature Microbiology, Efrem Lim and his colleagues explore the galaxy of viruses present in the gut, known as the gut virome. They find that some preterm infants undergo marked alterations in their pattern of gut viruses shortly before developing a serious and often fatal disease known as necrotizing enterocolitis (NEC).

Professor Lim is a researcher in the Biodesign Center for Fundamental and Applied Microbiomics. He is also the principal investigator of the Center for Viral Genomics at ASU and an assistant professor at ASU’s School of Life Sciences.

The study was conducted in collaboration with ASU colleagues and researchers from the Washington University School of Medicine.

Although the bacterial component of the gut microbiome has received considerable research attention, viruses inhabiting the gut remain a largely hidden realm. The viral signature highlighted in the study, along with changes in gut bacterial communities, could provide an early warning signal that an infant is at risk of developing NEC, allowing clinicians to take emergency action.

“For many years now, there’s been some inkling that the microbiome is implicated in this rapidly developing disease,” Lim says. “Studies have shown that changes in the microbiome of the gut in these preterm infants seem to predict the progression to NEC disease.”

Yet teasing out the specific microbial changes leading to the disease has been challenging and the precise mechanism causing the affliction is still unknown. The current study is the first to comprehensively investigate changes in the viral microbiome that appear to set the stage for the development of NEC in preterm infants.

A microbial world is born

Microbes begin colonizing the infant gut during birth, when a baby encounters a variety of microorganisms from its mother’s vaginal tract. As the baby suckles, it picks up additional microbes from its mother’s skin as well as those that have infiltrated her breast milk.

The infant will acquire new microbes from other family and non-family members and even from household pets. These all become incorporated into the developing gut microbiome, composed of some 20-100 billion microbes.

This vast microbial community will go on to shape many aspects of an individual’s health, throughout the person’s life. Unsurprisingly, abnormal alterations in the gut microbiome can spell serious trouble and premature infants are particularly vulnerable to such disruptions.

Preterm birth usually refers to infants born after less than 37 weeks of pregnancy. The condition appears to be on the rise, though the causes of this are not fully understood. In many low-income countries, factors including HIV, infections, malaria, and high adolescent pregnancy rates have all been implicated.

In 2020, preterm birth affected 1 of every 10 infants born in the United States. Babies born too early (particularly before 32 weeks) have higher rates of death and disability. Those that survive may experience lasting health issues, including feeding difficulties; breathing, vision and hearing problems; and abnormalities including developmental delays and cerebral palsy.

Babies born prematurely are also at risk of NEC. The disease often strikes suddenly. When babies are born after fewer than 32 weeks of gestation, the incidence of NEC ranges from 2-7% in high-income countries. Mortality among infants with necrotizing enterocolitis ranges from 22-38%.

While rarely occurring in full-term infants, this largely mysterious disease affects 1 in 1,000 premature babies. The condition strikes without warning and can cause an infant to go from appearing healthy to a dire state of illness within hours. The disease usually occurs two to six weeks after birth.

The disease produces severe inflammation of intestinal tissue, causing it to die. Such afflictions are known as necro-inflammatory diseases. A perforation may also form in the intestine, allowing bacteria to leak into the abdomen or bloodstream. The sequence of steps leading to NEC remain unclear, though risk factors are believed to include the prolonged use of antibiotics early in life and formula feeding (in addition to preterm birth).

Although studies have strongly implicated changes in the gut microbiome as contributors to the development of NEC, no single bacterial genus has been consistently associated with the disease.

Babies who survive the affliction often face lifelong health issues, which can include neurodevelopmental disabilities and a condition known as short bowel syndrome.

The role of viruses

In the current study, 138 stool samples were collected over the first 11 weeks of life. The samples were from 23 preterm infants in a neonatal intensive care unit in St. Louis, Missouri. Nine of these infants developed NEC, while 14, matched for weight and gestational age, did not.

The study explored the samples using metagenomics, a sequencing method that allows researchers to comprehensively sample genes from all organisms present in a sample. This allows microbiologists like Lim to evaluate bacterial diversity and detect microbial abundance in various environments. The technique also enables the detailed study of microorganisms that are difficult or impossible to culture in the laboratory. (In early 2020, Lim used metagenomic sequencing to rapidly probe the 30,000 letter code of the SARS CoV-2 virus, identifying a unique mutation.)

The study demonstrates that the NEC infants showed a convergence of viral and bacterial signatures in the gut virome. Notably, babies with NEC showed a reduced diversity in viral composition between communities in the gut, a feature known as β-diversity. The diminishing viral β-diversity occurred over a 10-day period preceding the onset of NEC, providing a potential biomarker, alerting clinicians to the looming danger. The findings suggest that the developing virome holds vital clues reflecting on the health of preterm infants.

The research could lead not only to faster diagnosis and better therapies for NEC but also for a broad range of diseases mediated by the microbiome. Further, existing therapies directed at modifying the gut microbiome, for example, fecal transplant therapy, could be further improved by taking stock of the viral component.