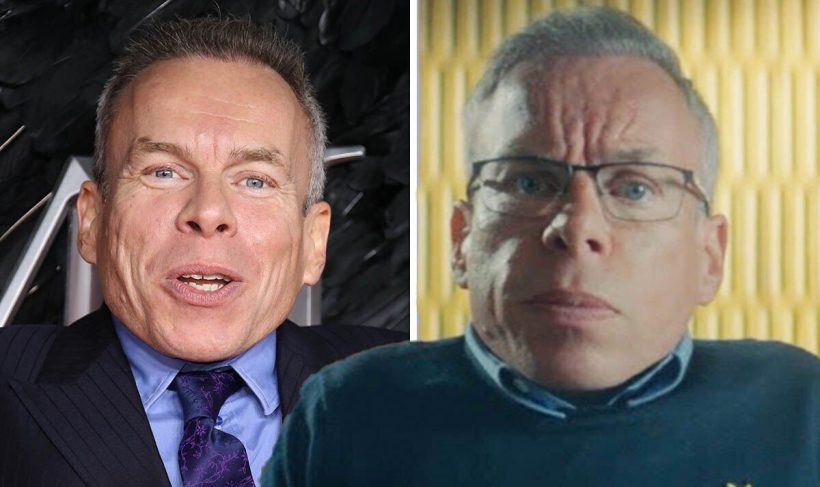 Sammy, who shares two children with actor Davis, first spoke about her ordeal with sepsis and other related conditions back in 2018. The health scare was so bad that the star’s wife “prepared to die”, as she was rushed to hospital following an operation on her back that she struggled to fully recover from. After collapsing at home with flu-like symptoms, the Tenable host rushed his wife to a GP who saw that Sammy needed urgent attention. Speaking about her symptoms on an episode of Good Morning Britain, she recalled that at the time she was left so poorly that she could barely lift her own head.

“For four days I cried, I didn’t want to die. The fifth day I was like, ‘I’m going and I can’t do anything about it,’” she explained.

Thinking the worst, and with her husband to support her, Sammy started to plan a “bucket list” noting down all that she wanted to achieve before her life ended, including the words she wanted written on her gravestone.

It was due to this terrible ordeal that motivated Davis to lend his support to the Trust. He said: “The UK Sepsis Trust is a charity that is close to my heart, and I was made more aware of the condition through my acting career.

“It’s astonishing how many people are affected by sepsis on a day-to-day basis, and I’m honoured to help spread the message to ensure as many people as possible know there is a place to go for support and guidance.”

According to research, there are an estimated 245,000 cases of sepsis in the UK each year, with 48,000 of these individuals losing their lives to the condition. Due to the sheer number of people affected, during the three-minute campaign video, Davis retells the stories of 100 individuals who have had their lives turned upside down due to sepsis.

The Centres for Disease Control and Prevention (CDC) explains that sepsis is the body’s extreme response to an infection. And when it occurs, it quickly becomes a “life-threatening medical emergency”.

The term blood poisoning is used interchangeably with sepsis, but it is important to note that they are not the same thing. In order to develop sepsis, individuals have to already have an infection. Normally, when infected the immune system will work hard to fight it off, with the help of antibiotics or other medication.

However, in some cases the immune system stops fighting the infection and invasive germs, instead turning back on itself and attacking healthy tissue. This is the beginning of sepsis.

The first signs and symptoms of the condition can be easily identified using the anagram TIME, which stands for the following:

The first, temperature, is important as when an individual is fighting off an infection, temperatures may increase. This is known as a fever. However, some people may notice that their body temperature actually goes down, also known as hypothermia. So an increase and a decrease in temperature is important to take note of.

Infections such as a urinary tract infection, pneumonia or an infected cut can be the first thing that eventually leads to sepsis. This will only occur if the infection spreads which in turn triggers other more common symptoms such as fever, fatigue and pain. Interestingly, sometimes an infection can occur without any symptoms.

Sepsis affects an individual’s mental capacity. People can become easily confused, which in older patients can be mistaken as the first signs of dementia or Alzheimer’s disease. For this reason it is important for individuals to get checked with a medical professional if they become more confused or notice a change in their mental ability, especially those who have recently had an infection or virus.

Lastly, many individuals complain of feeling extremely ill when they have sepsis. This can involve a sore throat, abdominal pain and the fear that it is not going to get better. For some individuals, strange symptoms such as their skin turning blue, pale or blotchy and a rash that does not fade can also develop.

It is not just the symptoms during sepsis that can cause discomfort and pain, but after as well. This was something that Sammy explained when reflecting on her ordeal. She said: “It was the best and worst experience of my life. The best because I’ve been given a second chance. The worst is the pain and the post-sepsis is really rubbish.

“It’s made me a better person. The kids and Warwick said I’m a lot calmer. I can feel it. I just spoke to my son this morning, ‘Hey dude, how are you? Have a great day at school’. Where normally it’d be so frantic, I make a lot more time.”

Thanking the NHS, Sammy said she thought her time was up, saying: “One day I thought, ‘This is it I’m going.’ And I thought about my kids and I thought, ‘We need more time.'”

Frighteningly, studies investigating survival and sepsis deaths have reported slightly different numbers, but it appears that on average, approximately 30 percent of patients diagnosed with severe sepsis do not survive.

Once diagnosed it is a race against TIME to ensure that individuals receive the right treatment. Ron Daniels from The UK Sepsis Trust added: “The key to saving lives from sepsis lies in communication – in raising awareness and empowering people to access healthcare quickly.

“With support from Green Flag, we are physically bringing to life stories of the people we try our best to help daily, which is something truly special. We want people to understand how sepsis can impact anyone and everyone. We are able to shine a light on these individuals and give them a voice that they have never had before. Everyone knows someone affected by sepsis – now it’s time to empower everyone to act.”

The NHS warns that if sepsis is not treated early, it can turn into septic shock and cause your organs to fail. Therefore it is crucial individuals receive treatment within one hour of arriving at hospital. For those that do, a full recovery is entirely possible.