Routine childhood vaccination rates down during the pandemic 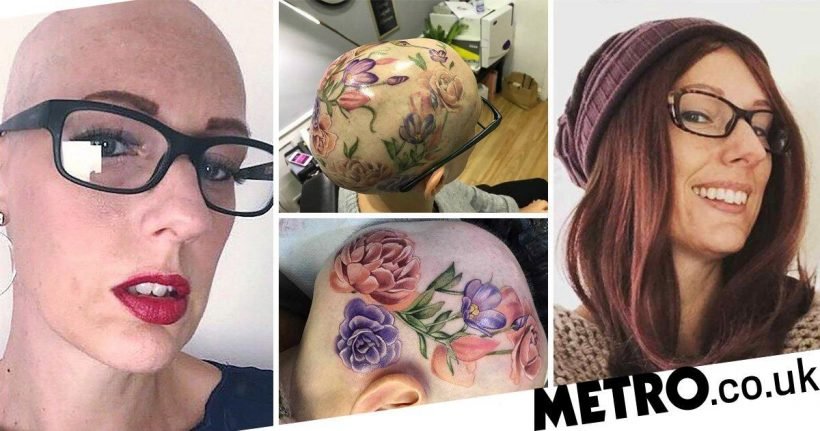 ‘When you have no hair, the natural assumption is that you are ill or you have cancer.

‘When all my hair was falling out the first time, I found it really difficult that people would let me jump the queue and things because they thought I was sick. I felt like such a fraud.

‘I wanted to get the tattoo to raise awareness because it makes other people comfortable and then you can talk to them.’

Rebecca started to lose her hair when she was 16.

She tells Metro.co.uk: ‘One day I was just running my fingers through my hair and I found this small patch where it was missing. It was just above my ear. I will never forget that.

‘My initial reaction was that I was petrified. I had never known anyone to go bald or anything like that. I was filled with absolute panic.

‘I was in that teenage stage at 16. The only hair loss I had heard off was chemotherapy hair loss and in my total ignorance, I thought I had cancer. I didn’t understand that chemotherapy caused the loss.’

She went to the doctor who recommended a steroid cream and reassured her that it was fairly common. Doctors have never been able to tell her exactly why it happened other than it is an autoimmune response where her body has started to attack her own hair.

Despite applying the cream as instructed, the patch got bigger but because of the position on the underside of her scalp, she was able to hide it.

At the age of 20, she went travelling, where she realised it was getting worse.

She explains: ‘I was in Australia and while I was there, I felt a patch in my fringe area.

‘I felt sick because I had never lost it from the top of my head.

‘I was living in hostels abroad and I was giving myself boiling hot then freezing cold showers to try to stimulate it.

‘I was rubbing it for hours at a time. I was so scared about losing it from the top.

‘Luckily it didn’t seem to progress so I carried on travelling.’

But after she returned and started a job in London, the hair loss got worse again.

‘It started at the very crown of my head. I remember one day pulling the hood of my coat onto my head and I could feel the material sliding across the top of my scalp, ‘ she says.

‘At that point I knew it was in trouble.

‘Within about two months, all the hair went from the top of my head, then my eyebrows, then my eyelashes and my whole body. It was awful.’

‘I remember thinking “I will not allow this to happen” but you just have no control over it.

‘I remember seeing doctors and things and no one was very sympathetic about it because I wasn’t in any pain.

‘The physiological damage is unbelievable. I didn’t feel good any more, I didn’t want to go out, I shrunk my circle of friends. I functioned and got on with life but I was a shell of myself.

‘I wore a wig for work and I felt so humiliated and defeated.’

Rebecca’s hair did return once, but after the birth of her second child, it fell out again and has never come back

For years, Rebecca wore a wig almost constantly and she didn’t want to speak to anyone about her hair loss.

When she started a new job, she didn’t tell anyone.

She adds: ‘I suffered like this for many years. I was never really happy with wigs. I started a new job as a wig wearer and never told anyone that I was wearing it.

‘I didn’t realise but I was always hiding this thing and it meant I struggled to connect with any of the employees.

‘Subconsciously, I was giving out this vibe that people don’t trust because they knew I was withholding something from them. I was focusing so hard on keeping it on a secret.

‘Now I know that it is far better for people to know about the hair loss than to hide it because you just can’t ever be yourself.’

Struggling to cope, she started to research to find better solutions for wigs or hair pieces that worked for her and felt more comfortable.

This helped her realise that she needed to come to terms with what had happened.

‘I went public for the first time via Facebook. I was absolutely terrified to do that.

‘The response was overwhelming and people were telling me they were in tears.

‘That really encouraged me to push forward with it. Everyone has their own hang ups about their body and I was saying “I am flawed in this way”.

‘The initial embarrassment was rewarded by feeling so much closer to people. That was my healing.’

Over time, she realised that she could turn her knowledge into a business and she decided to set up Hair Necessity, working with other women to find ways to help them cope with hairloss.

But as the business has progressed, she felt that she needed to be comfortable both with and without a wig.

She adds: ‘I was getting so much more confidence about my hair loss and my wig didn’t matter any more but moving forward, it did feel a bit disingenuous because I didn’t feel comfortable being bald.

‘The idea of going out with anyone seeing my head, filled me with horror in the same way it did all those years ago.

‘I decided at that point that if I was going to do this, I needed to go the whole way really.

‘I felt that until I could do that, I hadn’t fully dealt with the alopecia.’

The tattoo, designed by Terri at Inkantations, features flowers, birds and a hare.

Rebecca laughs: ‘The design was down to the artist herself – I asked her for a hare on there so I could have hair back.

‘I did want it to be nature themed and very feminine. I didn’t want a tattoo that made me look intimidating. I wanted people to feel like they could approach me and talk to me about it.’

Over the course of three sessions, the tattoo was created across her entire head and it was finally finished in January.

She says: ‘It wasn’t as painful as I thought it would be in the end. I had so much adrenaline because I was really worried about it and because I had never exposed myself like that before.

‘I was filmed by ITV news during the first session and It was like I was stark naked on TV. I was so caught up in that, I didn’t really feel it.

‘I love the tattoo and I have been out a few times with it since it was completed. Actually, I was a bit disappointed because people didn’t even ask me!

‘I haven’t done it too much because it’s cold and I never realised how cold it would be without hair. I am looking forward to the summer to go out and show it off.

‘I’m setting up a support group at my local hospital in Bedfordshire for people with all types of hair loss.

‘I want to show that there is hope after hair loss. I am the happiest I have ever been. People really talk to me now and that would never have happened if I hadn’t exposed myself a bit.’

The daily lifestyle email from Metro.co.uk. 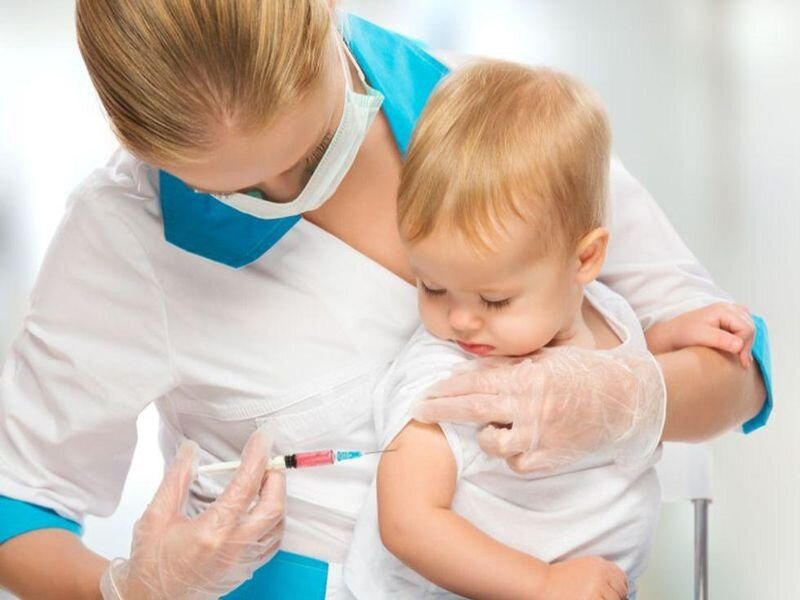 Routine childhood vaccination rates down during the pandemic

FDA Expands Use of HIV Drug to Young Children
Medications