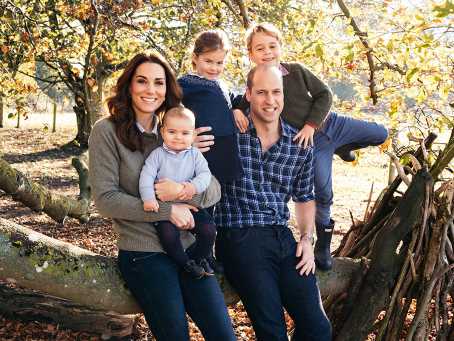 Royal watchers have long speculated about just how many children Kate Middleton and Prince William will have, with plenty of fans eager to know if royal baby number four might someday be in the works. But based on the Duke of Cambridge’s recent jokes during a visit with healthcare workers, it seems he isn’t fully on board with expanding their family of five.

The couple recently traveled to rural Lancashire in the northwest of England to meet with doctors, nurses and other healthcare staffers at Clitheroe Community Hospital, posing for photos and chatting with families. But when meeting couple Trudi and Alastair Barrie and their baby girl, Anastasia, Prince William seemed to notice that his wife had that telltale glimmer in her eye over the precious girl. “Don’t give my wife any more ideas!” he joked.

As Middleton handed the baby back to her parents, Prince William quipped, “Don’t take her with you.”

Surely the sweet moment was all in jest, but Middleton has allegedly had babies on the brain for a while — People reported back in February 2019 that she felt “broody” upon meeting an adorable 5-month-old baby at an event in northern Ireland. The outlet reported that the Duchess approached baby James Barr, telling his dad, Alan Barr: “He’s gorgeous. It makes me feel broody,” before greeting James himself, telling him: “You’re a very sweet little boy.” When Barr asked, “Baby number four?” Middleton reportedly said with a laugh, “I think William would be a little worried.”

Of course, the couple already has their hands full with their three children: Prince George of Cambridge, 8, Princess Charlotte of Cambridge, 6, and Prince Louis Arthur Charles, 3. Only time will tell if the couple adds to their crew, but we’re sure the little trio would love to have another sibling around.