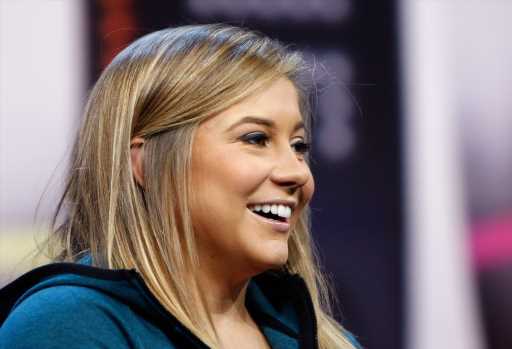 It’s playtime, and Shawn Johnson’s 3-year-old daughter wants to do one thing: dress up like her mama! So, naturally, it’s time to pull out the camera because this is just too cute to miss. The Olympic gold medalist posted a video to Instagram yesterday of her and her mini-me daughter Drew, who she shares with husband Andrew East. The little girl absolutely nails her mom’s look each time!

“She wanted to play dress up with me and my heart could melt at how cute this is 😭,” Johnson captioned the video.

For the first outfit, the former gymnast is dressed in grey leggings and a sweater. She does a spin and the camera cuts to Drew, who is also twirling in the same clothes! Next, Johnson wears a matching maroon top-and-leggings set, with a pink sweater tied around her waist. She kicks and the camera cuts to Drew, wearing the same thing (and probably with the same exact sweater tied around, as its arms drag to the floor on her).

Next, Drew dresses in a cream shorts-and shirt combo, with a sweater wrapped around her shoulders. She giggles and then suddenly Johnson is on the screen, wearing the same thing. It’s so fun, and you can tell the two had a blast making the video for CALIA Fitness.

“@caliafitness Drew loves playing dress up in all of my clothes… especially the new LustraLux line because it’s legit the softest thing ever 😍,” Johnson added in her caption.

People were loving the fun, mother-daughter fashion show. One person wrote, “Wait what this is so cute 😍.”

“Oh my goodness. Cutest thing I have ever seen!” someone else said.

“When my daughter was little she used to ask me to be matchers with her!” one person recalled. “She is 17 now and I never said no and we look back and laugh now!”

Others joked about how similar in size Drew and Johnson are. “The fact that they’re honestly not super big on her 😅😂,” one person said. “Why do they fit her though 😂,” said another.

When Drew says, “dress up,” the family does it! On Monday, the toddler picked out the family’s Frozen-themed Halloween costumes.

“We’re going as the Frozen cast, appointed by our daughter,” Johnson told SheKnows on Oct. 28. “So Drew is Elsa. I’m on Anna. Andrew’s Kristoff. Our dog is Sven the reindeer, and then Jett is going as Olaf [the snowman], which I’m so excited for.”

Johnson shared a picture of the family costume, writing “Brought to you by the one and only @drewhazeleast #happyhalloween.”

So cute! We love that Johnson is giving her daughter a sense of control, letting her make empowered decisions, and having tons of fun too.

These famous moms love wearing matching outfits with their kiddos.