Who says 60 can’t be sexy? It’s no surprise that Sharon Stone is still gorgeous, but her latest bikini pic proves how fit she remains.

Sharon Stone’s Hilarious Reaction to Bennifer Might Surprise You

Stone, 63, posted the snap via Instagram on Sunday, June 27. The Basic Instinct actress is beaming for the camera in a yellow two-piece bathing suit. “Happy Summer,” she captioned the snap.

The Golden Globe winner appears to be makeup-free in the photo, which shows off her toned arms and defined abs. The mother of three looked like she was ready for fun in the sun. 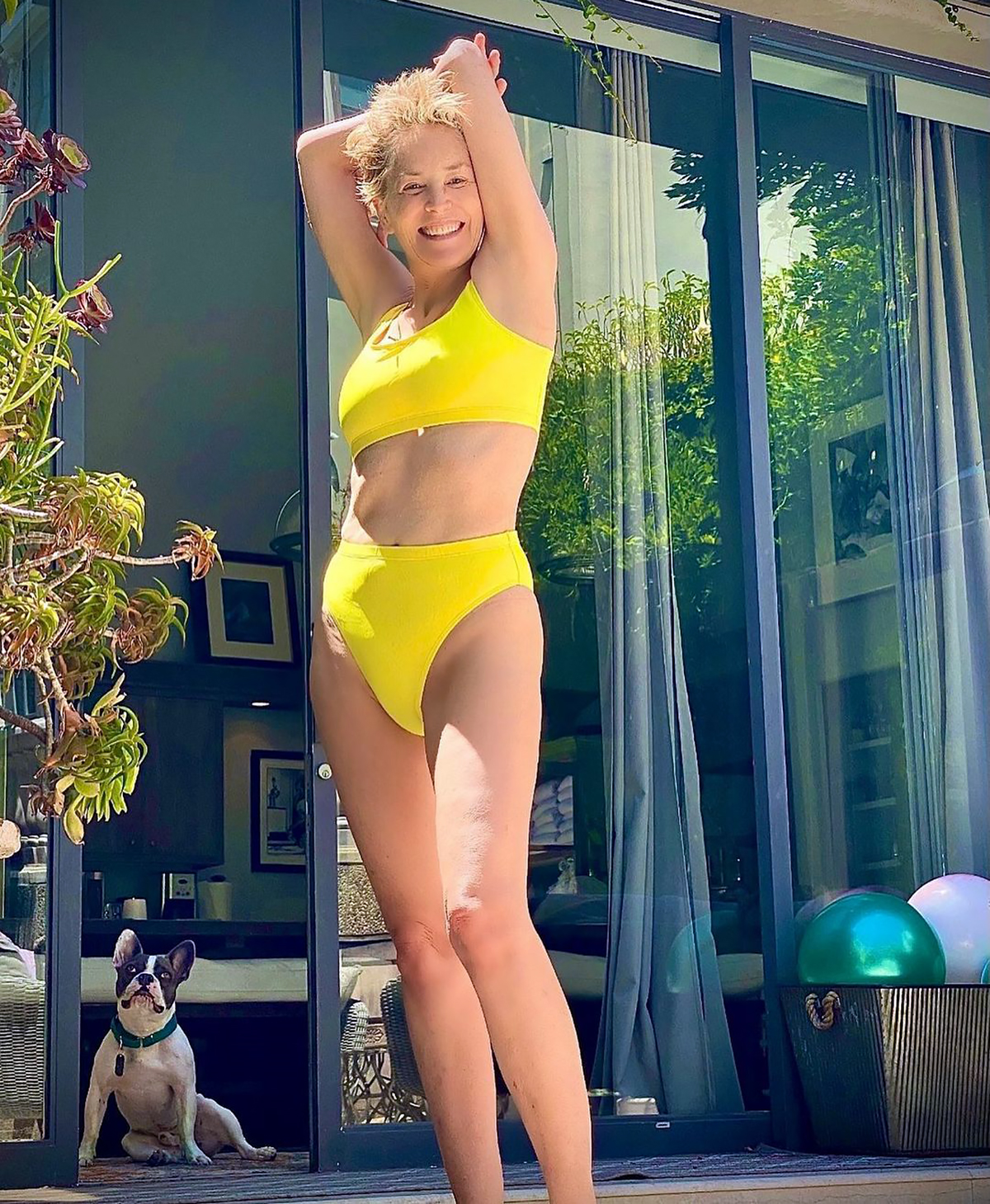 “Even the dog knows you got IT,” comedian Leslie Jordan commented, noting Stone’s pet, Bandit, staring at her in the background.

Rose McGowan added, “You deserve all the Oscars that ever existed.”

Stars Who Have Tried Online Dating!

When she isn’t posing for the camera, Stone is raising three sons — Roan, 21, Laird, 16, and Quinn, 15 — as a single parent. “Every age when you’re a single mom is intriguing,” the actress exclusively told Us Weekly in 2019. “[It’s] extra intriguing when there’s no dad.”

The Beauty of Living Twice author added that their busy summers help her get a little more time to herself. “Thank God the two young ones are at camp right now,” she added at the time. “I’ve had, like, two weeks of silence. The older one is working … and it’s just like, every summer when they do this, I feel like I remember me. I was cute. I was a girl. Oh yes, I’m back!”

When she isn’t busy working on her bikini body, Stone is swiping on Bumble. The famous actress was accused of being a fraud after users on the dating app recognized her in late 2019. She had to take to Twitter to get the company to unblock her account.

“Is being me exclusionary ? 🤷🏼‍♀‍ Don’t shut me out of the hive 🐝,” she tweeted. Her account was quickly restored.

Stone was married twice, first to producer Michael Greenburg from 1984 to 1990 and then to newspaper editor Phil Bronstein from 1998 to 2004. She was also previously in relationships with producer William J. MacDonald and assistant director Bob Wagner.