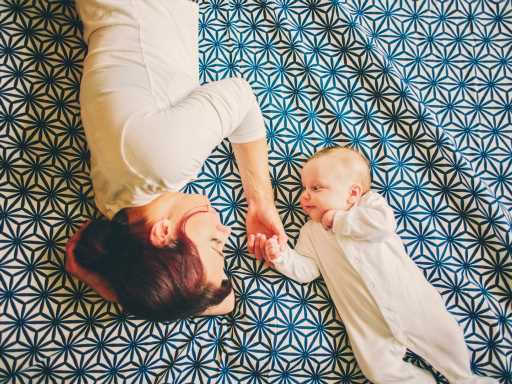 Should babysitting be free if you know the couple? That’s one of the big questions being posed in a very complex situation involving a baby, his parents and his biological mom. A Reddit user took to AITA forum to share that she had donated her eggs to two friends V and M because they wanted to have a baby.

In the beginning, they seemed really excited about her being a part of the baby’s life. The couple told her she’d be the “coolest godmother/aunt” and they’d be one big happy family. That all changed after the birth. V and M didn’t tell the user that they had given birth and she only learned through a social media post. “When I congratulated them they hesitantly said since I’m the biological mother of the baby, my meeting the said baby might hamper their bonding as parental figure and so didn’t want me to meet him till he’s at least 2 years old,” she wrote. “Well their kid and their call so I never questioned it or argued it.”

She finally met her biological son at his second birthday and started playing with him. V and M seemed to get uncomfortable and asked her to keep her distance. It was odd but she agreed to follow their request.

“Well yesterday they texted me that V has some family emergency and needed me to take baby for 2 days,” the Reddit user recounted. “I agreed but texted them babysitting rates. As a friend I would’ve agreed but since they never let me interact with baby and acted weird I said I will charge them.” She added: “I just found out from a friend that the ‘emergency’ is his sister plans to have lip and cheek fillers and he wants them to be there to ‘emotionally support’ her.”

Now, M is trashing her online, saying that it is parenting not babysitting so she shouldn’t be charging them. The criticism has her wondering if she’s TA in this situation because he is, after all, her biological child. The firm consensus was that, no, she’s definitely not TA and people had some serious questions about V and M.

“I don’t think that these people are really OP’s friends,” one person noted. “They used her for egg donation, dropped her for the length of IVF and the pregnancy and then 2 more years, and are actively interfering with any relationship that OP can have with this child. And now they want to use her for free babysitting? Yeah, these are NOT friends.”

Another added: “Their behavior is insecure at best, gross at worst. Can’t have it both ways where they want an extremely limited connection between you and the child, but pull the ‘family’ card out at their convenience. Hope you show this thread to them and the rest of your family – 100% NTA.”

Lots of people disputed that the OP has an obligation to take on any sort of active mom role. “You contributed genetic material to the recipe but that’s not parenting,” a user wrote. “They are being unreasonable. They can’t have it both ways. That’s just taking advantage and being manipulative.”

What do you think the OP should do in this situation?

These celebrities have opened up about struggling with infertility.