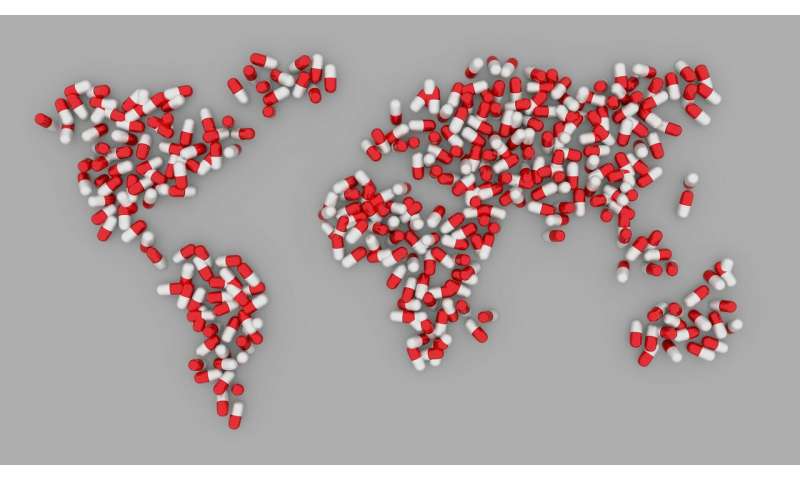 Patients taking the most common form of antidepressant who are given the most widely prescribed opioid experience less pain relief, Stanford University School of Medicine investigators have discovered.

The finding could help combat the opioid epidemic, as poorly managed pain may lead to opioid abuse.

As many as 1 in 6 Americans takes antidepressants, mostly selective serotonin reuptake inhibitors. Stanford researchers found that SSRIs reduce the effectiveness of hydrocodone and codeine, which are often prescribed to patients who have recently undergone surgery.

“This research is part of our effort to find ways to combat the opioid epidemic,” said Tina Hernandez-Boussard, Ph.D., MPH, associate professor of medicine, of biomedical data science and of surgery at Stanford. “We’re very interested in identifying how we can reduce opioid exposure while still managing patients’ pain.”

A paper describing the research will be published Feb. 6 in PLOS ONE. Hernandez-Boussard and Ian Carroll, MD, assistant professor of anesthesiology, perioperative and pain medicine at Stanford, share senior authorship. The lead author is graduate student Arjun Parthipan.

The researchers focused on the interaction between opioids and SSRIs because they knew that certain opioids, called prodrug opioids, need a liver enzyme to convert them into an active form that eases pain.

SSRIs inhibit this enzyme, so the researchers hypothesized that patients taking SSRIs in combination with prodrug opioids would receive less pain relief. Prodrug opioids include codeine and hydrocodone. Hydrocodone is sold under brand names such as Vicodin, Lorcet and Lortab. SSRIs include Prozac, Paxil, Zoloft and Celexa.

For the study, the research team analyzed de-identified data for 4,306 surgical patients with a diagnosis or symptoms of depression in the electronic health records at Stanford Health Care.

The researchers built a machine-learning algorithm that predicts how a patient will respond to different types of opioids. Hernandez-Boussard said the algorithm is available online at https://doi.org/10.25936/kjx8-0w74.

The study focused on surgery patients because they nearly always receive opioid prescriptions, yet the findings apply to anyone taking short-term opioids.

There’s no proof that better pain management reduces the number of opioid overdoses, cautioned Carroll. But poor pain control has been shown to be a risk factor for chronic pain, and it may lead to more prolonged opioid use, along with misuse.

The authors concluded that to manage pain for patients on SSRIs, prescribers should choose nonopioids or direct-acting opioids. Direct-acting opioids, which include morphine, fentanyl and oxycodone, do not need the liver enzyme to convert the drug into a form that eases pain.

Prescribers typically choose hydrocodone or codeine because of a perception that they are milder than morphine or hydromorphone, whose trade names include Dilaudid and Exalgo, Carroll said.

“The prescribing of hydrocodone has more to do with history and perception,” he said. “The liver converts hydrocodone into hydromorphone and converts codeine into morphine, so the result is the same.”

Carroll added that depressed patients’ complaints about pain after receiving opioids are often dismissed because of their mental state, when the problem lies in an unfortunate drug interaction.