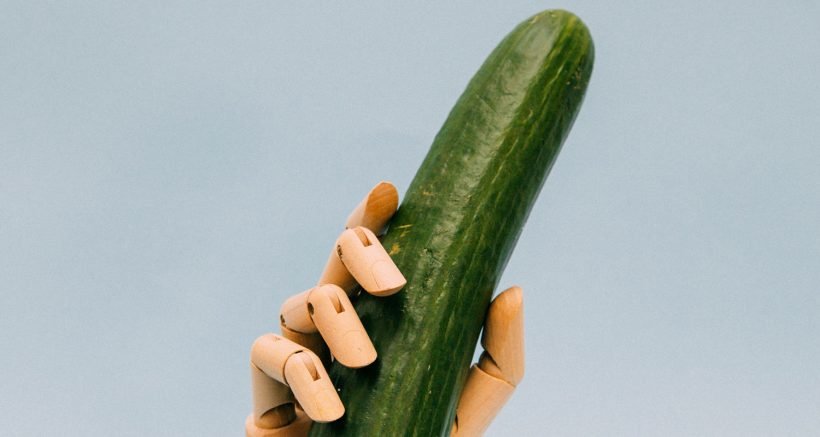 Or so asks Aimee of her boyfriend, Adam, in the opening scene of Netflix’s Sex Education after he fakes an orgasm while they’re having sex. Yes, he fakes the orgasm—a concept I naively didn’t realise applied to men, too.

I was aware that women sometimes fake their orgasms. (They shouldn’t, by the way: It gives men a false sense of accomplishment; it perpetuates men’s poor performance for their next partners; and above all else, women deserve real orgasms.) But until recently, I always thought the fake orgasm story ended there.

After watching Sex Education, and after deep discussions with several male friends, I’ve confirmed that women are no the only perpetrators of this unhelpful act. It’s certainly harder for people with penises to pull off—a condom is kind of a necessity—but men do fake orgasms. (Note: If you’re routinely among them, you might want to work on self-exploration and communication with your partner, so you can have the mind-blowing sex life you want.)

Here, five guys open up about the times they’ve faked an orgasm.

Like anything in sex, what works for one person won’t necessarily work for everyone. This may be especially try when it comes to dirty talk.

“I was having sex with a woman and she really was trying hard to get me off. Her mouth was running a dialog of filthy scenarios. But it was the first or second time we had slept together and I think she was recycling dirty talk from what a previous guy might have liked. No judgment, but it wasn’t working for me. It wasn’t my brand of dirty talk. But I didn’t want to embarrass her because she was giving it her all. So I fake gave it my all. I knew this wasn’t going to be a lasting relationship, and admittedly I just didn’t feel like explaining what I was into.” —Doug T., 43.

Whiskey dick is a friend to no one, including this poor fellow.

“I brought a woman home from a bar for what was clearly a one-night stand … Normally it doesn’t take me that long to finish, but for some reason, the alcohol was winning over my horniness. She got off like three times before I even got to my one, so just to save some face before I lost my erection…I faked it. Thinking about it after the fact, she probably faked at least one if not all of her orgasms, too.” —Sean C., 36.

This guy learned that the key to good sex is to be honest about who you are—especially if you’d rather be in bed with someone of another gender.

“I was still in the denial phase that I was gay. I was trying so hard to prove to myself that I wasn’t. So somehow I managed to bring home literally the most gorgeous woman I’ve ever seen. I was really in it to win it, and I do find women’s bodies attractive, so I was able to get hard. But halfway through I just had to admit to myself that if I couldn’t get off for this woman, then I really wasn’t into women. I’m into dudes. I came out shortly thereafter…interestingly to her. She is one of my best friends today.” —Scott C., 29.

For this guy, a faked orgasm was the easiest way to end a lackluster sexual encounter.

“I met a guy on Grinder, who definitely, it turns out, was using pictures from not this time in his life. It wasn’t quite a catfish, but it definitely wasn’t as advertised. So already I was kind of not feeling it. But he was at my place so I thought, ‘f*** it.’ Turns out, not. I got bored. I didn’t want it to go on any longer than it had to, and I didn’t want him to stay, so I faked it. It wasn’t my proudest moment, but it happened.” —Greg L., 38.

5) “Once the attraction goes, it starts to unravel.”

It’s tough to feel stuck in a relationship you’re no longer into. But this guy learned it’s better to rip the Band-Aid off; it’s going to hurt regardless, so why spend a month faking orgasms?

“My marriage was basically over. She knew it and I knew it, but I guess we weren’t ready to admit that it was that apparent. But we were still trying to salvage what was left through sex. But once the attraction goes, it’s not long before everything else starts to unravel. Especially if neither of you wants to try anymore. I still cared about her, so I didn’t want to hurt her any more than I knew the end of the marriage was going to hurt her. The last month of our marriage, I just ended up faking it pretty quickly in, and then would go to the bathroom and jerk off in the shower. In hindsight, honesty would have probably been better, and would have saved us both a month of dread sex.” —David B., 40.