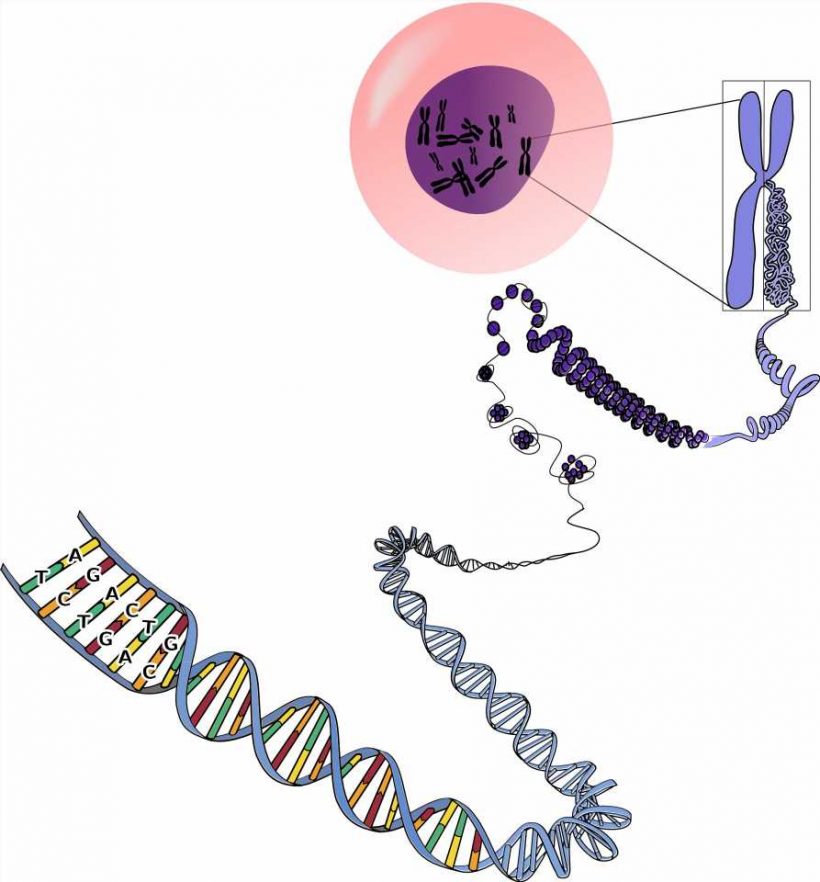 Everyone is a mutant but some are prone to diverge more than others, report scientists at University of Utah Health.

At birth, children typically have 70 new genetic mutations compared to their parents (out of the 6 billion letters that make both parental copies of DNA sequence). A new study published in eLife shows that number varies dramatically with some people being born with twice as many mutations as others, and that characteristic runs in families.

That difference is based largely on two influences. One is the age of a child’s parents. A child born to a father who is 35 years old will likely have more mutations than a sibling born to the same father at 25.

“The number of mutations we pass on to the next generation increases with parental age,” said Thomas Sasani, lead author of the study and a graduate student in human genetics at U of U Health. Previous studies have demonstrated the phenomenon, also confirmed by this study.

Another difference is that the effects of parental age on mutation rates differ considerably among families—much more than had been previously appreciated. In one family, a child may have two additional mutations compared to a sibling born when their parents were ten years younger. Two siblings born ten years apart to a different set of parents may vary by more than 30 mutations.

“This shows that we as parents are not all equal in this regard,” said Aaron Quinlan, Ph.D., senior author of the study. He is also a professor of human genetics at U of U health and associate director of the Utah Center for Genetic Discovery. “Some of us pass on more mutations than others and this is an important source of genetic novelty and genetic disease.”

Impacts of new mutations depend on where they land in our DNA, and on the passage of time. On occasion the genetic changes cause serious disease, but the majority occur in parts of our genetic code that don’t have obvious effects on human health.

And even though new changes make up a small fraction of the overall DNA sequence, they add up with each subsequent generation. Increasing the so-called mutation load could potentially make individuals more susceptible to illness, said Sasani. It remains to be determined whether factors that impact the mutation rate increase the likelihood for certain diseases.

Although the majority of new mutations originally arise in fathers’ sperm, not all do. One in five mutations come from mothers’ eggs, and increasing age does not drive as many new mutations in moms as it does in dads. Further, it’s estimated that one in ten new mutations seen in children come from neither parent. Instead, they arise anew in the embryo soon after fertilization.

The new insights were found by performing whole genome sequencing and genetic analysis on 603 individuals from 33 three-generation families from Utah, the largest study of its kind. The families were part of the Centre d’Etude du Polymorphisme Humain (CEPH) consortium that were central to many key investigations that formed a modern understanding of human genetics. The large size of the Utah CEPH families, which had as many as 16 children over a span of 27 years, made them well-suited for this new investigation.

It’s surprising that the Utah CEPH families have a large range in the number of mutations they accumulate, says Quinlan. That’s because the families are similar in many ways. They are all of European ancestry, live within the same geographic region, and likely have similar lifestyles and environmental exposures.