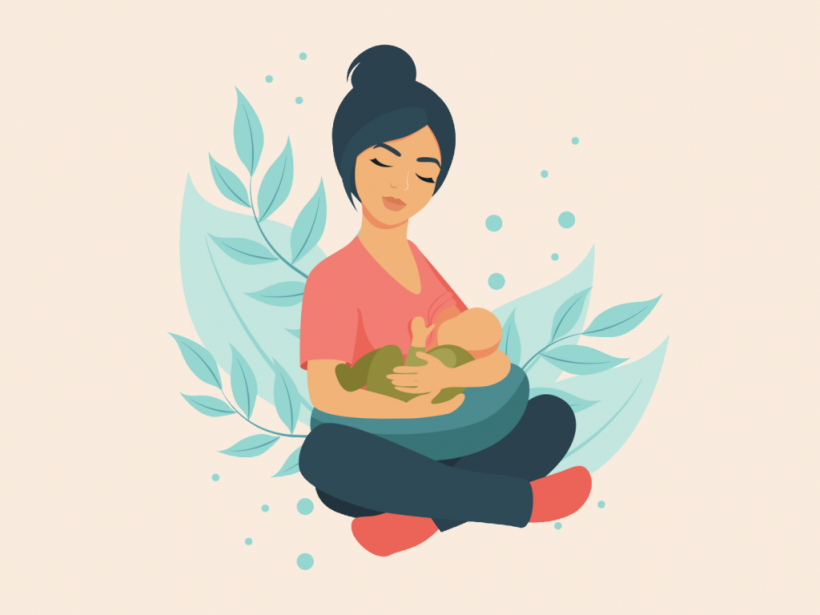 When my third and final baby weaned from breastfeeding, I expected to feel a mix of emotions. We’d done the whole extended nursing thing, and I’d made it a record two and a half years. I was proud of what we’d accomplished together, but oh so ready to be done. When the day finally arrived, I thought I knew what was coming — I figured I’d feel relief since it had been such a long time coming, as well as a pang of grief, as this would mark the final holdover from those “baby” days.

Instead, I was surprised to discover I was also feeling another emotion: disgust.

I was in my early 30’s when I began my family, and my now 41-year-old body barely resembles the one I had back in those days. Not only am I looking my age — nearly a decade of using pregnancy- and breastfeeding-safe skincare products meant no retinol, which I’m very excited to finally be able to slather onto my face each night before bed — but there’s also so much more of me than ever before.

Don’t get me wrong, it’s not like I woke up one day and suddenly realized I’d gained 30 pounds over the course of the past few years. There was never any question about the fact that there’s been more of me to love lately. In fact, whenever I needed a reminder of just how much I’ve changed, I could simply look at all the clothes hanging in my closet that haven’t fit me since 2019.

Instead it was more like the reason I never really cared about how much weight I’d gained had gone up in a puff of smoke seemingly overnight.

The moment my son weaned, my body finally became my own again. Before that happened my weight never really mattered to me — because my body had been hard at work in the service of others.

I could rationalize holding onto the pregnancy weight because I’d delivered my son at the start of the pandemic lockdowns in 2020. Like a lot of people, I turned to food when the stress and anxiety of what was going on right outside my door began to weigh on me. And after all the late-night snacking and time spent inside, it literally began to weigh on me.

Still, I didn’t care — because I was breastfeeding, and what did that matter when it came to making sure I was fueling my body with everything it needed to ensure I could meet my baby’s needs for as long as he had them? What’s a few pounds amongst friends, right?

After my son weaned and my body went back to being my own, those extra pounds went from being a figurative burden to a literal one as well. I discovered that I couldn’t stand the sight of my stomach when I got out of the shower, nor could I bear the tightness in my pants when I got dressed for the day. Without the excuse of existing solely for someone else, I sometimes felt like I was suffocating in my clothes as they clung to me in places and ways that they never did before.

While all of these feelings became a catalyst for change (I gave up the late-night snacking almost immediately) it also served as a humble reminder that so much in life is about perspective and the grace we give ourselves.

I know that I’m more than a number on a scale and the size of my pants. My body is more than what it’s doing right now — it’s the sum of all the things it has done to get me to this moment, and all of the things it will ever do.

I may not currently be using it to grow another life or nourish one that had once been inside me, but I’m still using it to raise this family and that’s just as important. These thicker thighs carry me around the field as I (attempt) to run alongside my 8-year-old as we practice soccer. My once-thin arms are full of all the strength I need to hug my 5-year-old when she comes into my room at night after she’s had a bad dream. And my cushier midsection that used to be oh-so-flat less than a decade ago makes the perfect landing spot for my 2-year-old’s head when he whispers “snuggle me” on the couch.

No, this isn’t the body it once was — and while I may not necessarily love the way it looks, I have to admit that I love the way it feels when it’s doing all the things my family needs it to.

Would it be great to drop that pregnancy weight? Of course! Am I going to let that number hang over my head and convince me that I’m somehow less-than until the scale reaches a figure from the past? Absolutely not.

My body is still doing the hard work of raising a family, and there’s no reason for me to be any less gentle with myself now than there was in the past. Maybe there will be less after-dinner chocolate chip cookies in my life, and fewer fast-food burgers and fries, but I’ll be damned if I’ll waste another minute beating myself up for not looking the way that I did a lifetime ago.

After all, that woman no longer exists. It’s time to let her go and start loving the new version of myself that I’ve become, fuller in so many ways.