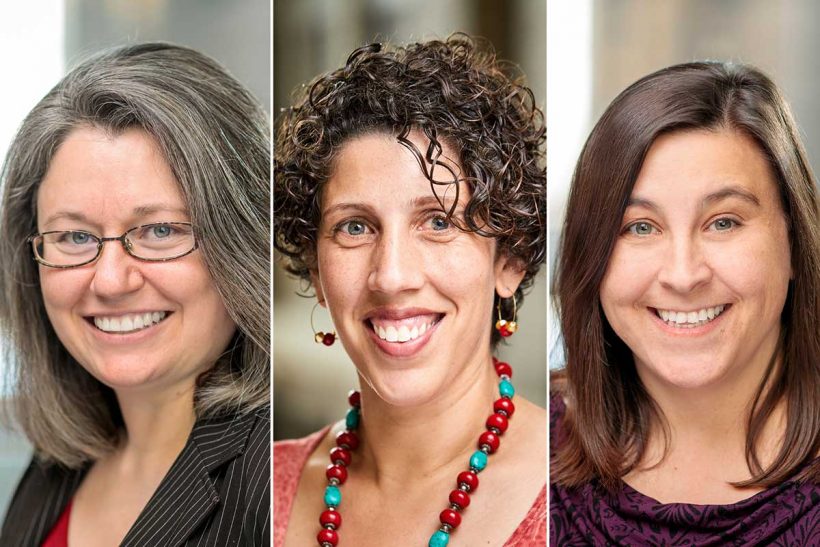 Three science writers in Medical Public Affairs at Washington University School of Medicine in St. Louis were honored by the Association of American Medical Colleges (AAMC) for writing excellence at the organization’s Group on Institutional Advancement’s annual meeting April 4-7 in Chicago. The awards recognize the most creative and effective approaches to promoting academic medicine.

Julia Evangelou Strait won a Gold Award for her news release about a study led by Ziyad Al-Aly, MD, assistant professor of medicine, and published in Nature, documenting the numerous long-term effects of COVID-19 on the body. The research showed that COVID-19 survivors – even those not sick enough to be hospitalized – have an increased risk of death in the six months following their diagnosis.

Tamara Bhandari, PhD, won a Silver Award for her news release about research published in Science from the lab of Adam Kepecs, PhD, a professor of neuroscience and of psychiatry and a BJC Investigator. Studying mice and people, he and his colleagues devised a rigorous approach to study how hallucinations are produced in the brain, with the goal of better understanding psychotic illness.

Kristina Sauerwein won a Bronze Award for her news release about a rare, sometimes deadly genetic condition that attacks children’s immune systems. The puzzling immunodeficiency, reported in the journal Blood, was identified by Megan Cooper, MD, PhD, associate professor of pediatrics, and Jahnavi Aluri, PhD, a postdoctoral research fellow, who suspect many other children may have the condition and hope their discovery may lead to targeted testing and better treatment.