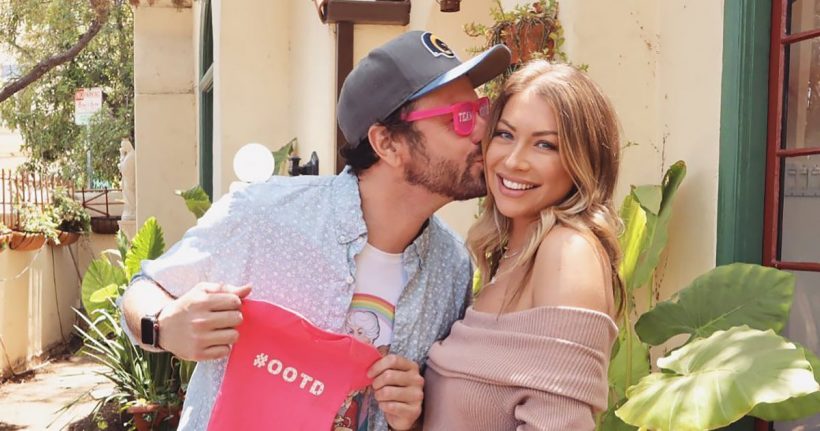 When it comes to celebrity gender reveals, creativity abounds! Several stars — including Nicole “Snooki” Polizzi, Jessica Simpson and Jessica Alba — have gone above and beyond to let their fans and loved ones know what the sex of their babies will be.

The formula is simple enough: Stuff a unique prop — think balls, balloons, piñatas, desserts, boxes and more — with colored powder, confetti or frosting of a certain hue to signify the impending arrival of a little boy or a little girl.

The execution of each A-lister, however, varies greatly from couple to couple. Where Ryan Lochte and Kayla Reid used a wrapped box filled with pink balloons to announce the news that their second child would be a girl, The Bachelorette’s Melissa Rycroft and Tye Strickland opted for a cupcake filled with a blue frosting for their second little boy.

Carly Waddell and Evan Bass and Jason Aldean and Brittany Kerr, meanwhile, used their big reveal as a chance to bring their families closer together. Bass’ sons from a previous union, for instance, had a heck of a time hitting a pink confetti-filled piñata while Aldean’s daughters took aim at baseballs enclosed with the secret of their newest sibling’s sex.

Ultimately, it’s a moment of wonderment, shock and awe as each couple’s future is decided in an instant. Jana Kramer’s husband, Mike Caussin, even broke down in tears to learn that he would welcome his first son with the “I Got the Boy” singer after the musician suffered multiple miscarriages.

Relive those sweet moments and plenty more as you scroll through for major gender reveal inspo below!